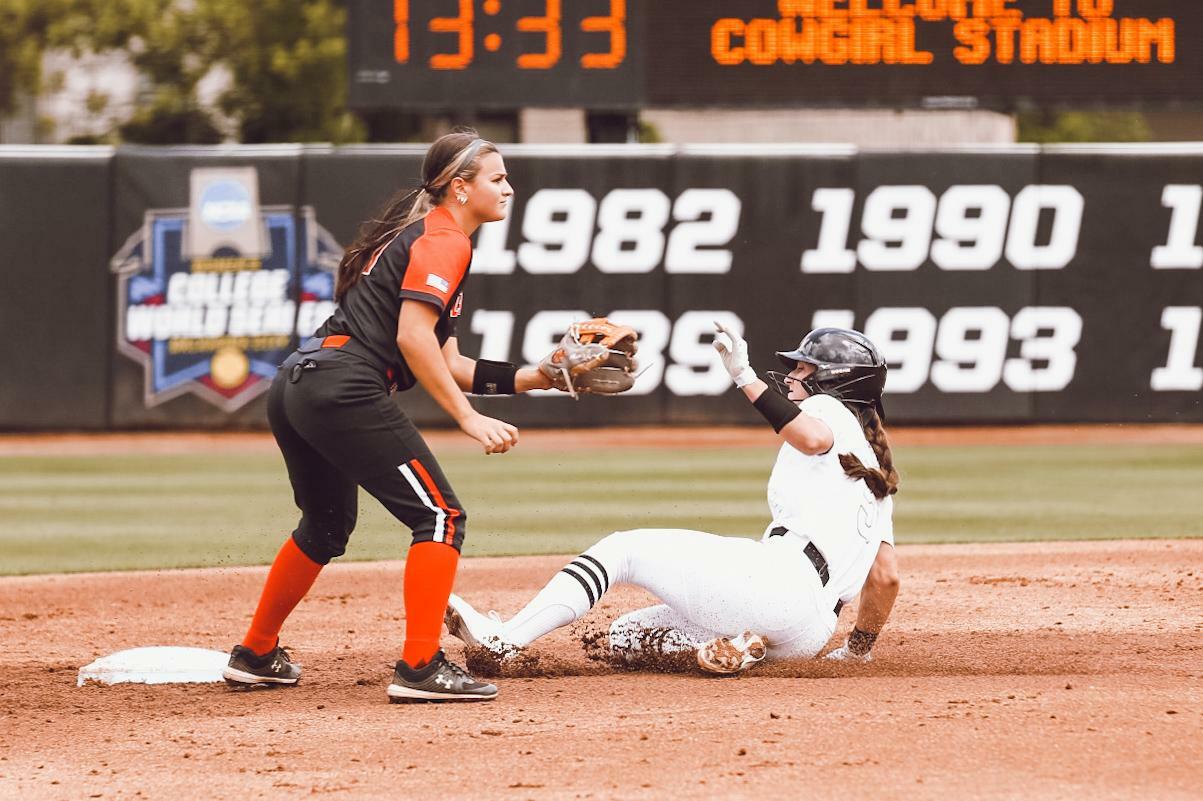 No. 5 overall seed Oklahoma State will host No. 10 Texas in the Stillwater Super Regional starting Friday. The winner of the best-of-three series will be headed to Oklahoma City for the Women’s College World Series.

Here’s what you need to know about the Cowgirls – Longhorns matchup and the tournament itself.

The Cowgirls swept through their Stillwater Regional 3-0, scoring 29 runs, and allowing just five, in three games and winning two by mercy rule. The other game was this close to a run-rule stoppage.

Texas, on the other hand, had a bit more trouble escaping its Austin Regional, thanks to No. 11 overall seed Oregon being invited to the party.

After wins over Saint Francis and Texas State, the Longhorns fell to the Ducks 3-2 (in eight innings) on Sunday which necessitated a regional Game 7. UT was able to edge out a 1-0 decision to move on.

Second baseman Janae Jefferson hit .583 and went 7-for-13 with two doubles and three runs batted in during the Austin Regional. Her .408 batting average ranks No. 2 in the Big 12 this season. Look for her to provide Big 12 Pitcher of the Year Carrie Eberle and Co. a challenge on the mound.

The Longhorns are also lethal from the circle. Ace pitcher Shea O’Leary leads the Big 12 with a 0.65 ERA and Molly Jacobsen pitched her second complete-game shutout of the month in Sunday night’s regional-sealing win over Oregon.

The Cowgirls are 4-0 against the Longhorns this season, sweeping the three-game series in Austin earlier this month and then earning a 3-2 win over UT in the Big 12 Tournament a couple of weeks ago.

That win in OKC extended OSU’s win streak in the series to five with the Cowgirls having won nine of the last 10. Oklahoma State is 19-20 all-time against Texas.

Here’s a look at the weekend schedule and how to watch if you’re not making the trip to Cowgirls Stadium.