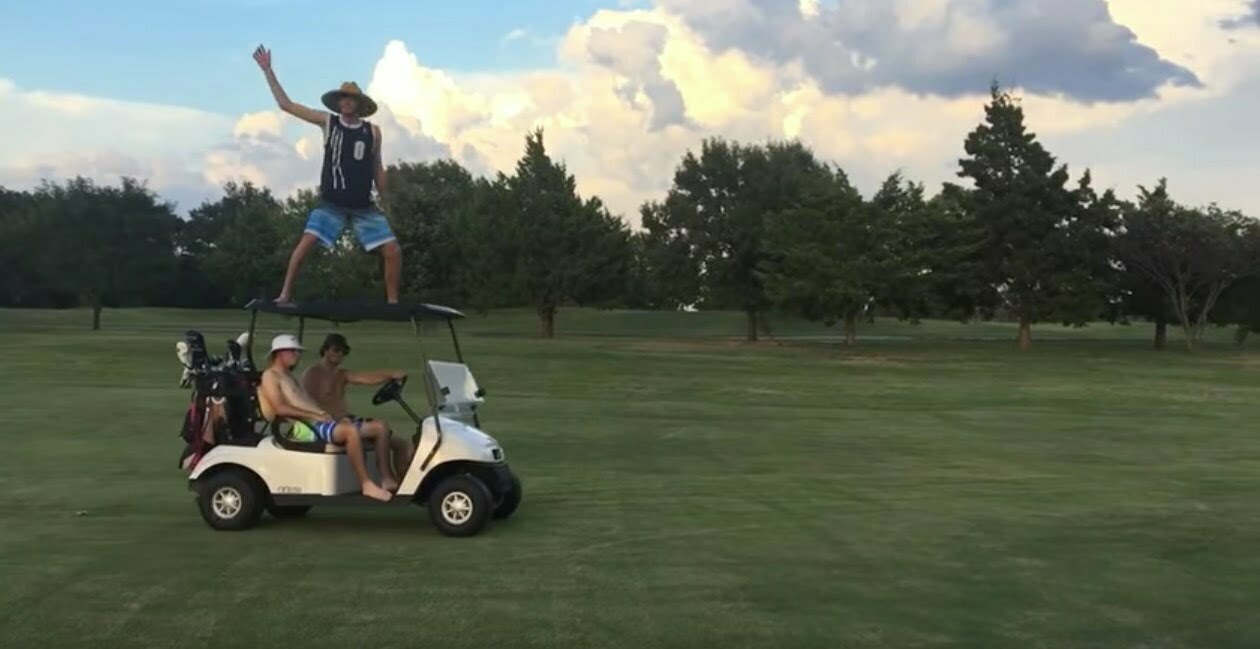 All my worlds are currently colliding. My buddy D.J. Piehowski helps run a little offshoot of the PGA Tour called Skratch TV. Skratch TV is amazing. They put together videos like this one for those of us who love golf.

Tiger has now been a pro for 20 years. That's two decades of club twirls.https://t.co/M3cXqoynHR

Recently Skratch decided to sponsor a college club golf team that participates in its video-making contest. Here are the stipulations.

Objective: Shoot a video that celebrates your club team’s talent and dedication to the game of golf.

Video Must Contain: 4 of 7 items listed below (your choice)

Length: Video can be 90 seconds max

So the OSU club golf team decided to do a Spring Break 2K16 re-enactment to go along with a little fun with Leyton Hammonds in GIA. The whole thing is pretty spectacular, and the impressions are spot on. If they don’t win, I would be stunned. They also hit 4-5 of the stipulations including college athlete, on-campus location (GIA), PGA Tour player impersonation (Spieth, Smylie etc.), recreation of famous golf shots (all of them from SB2K16) and trick shots (sort of).

And the funny part, as Sean Martin pointed out, is ….

I also feel like the Oklahoma State club team could beat some actual college teams. #golfschool