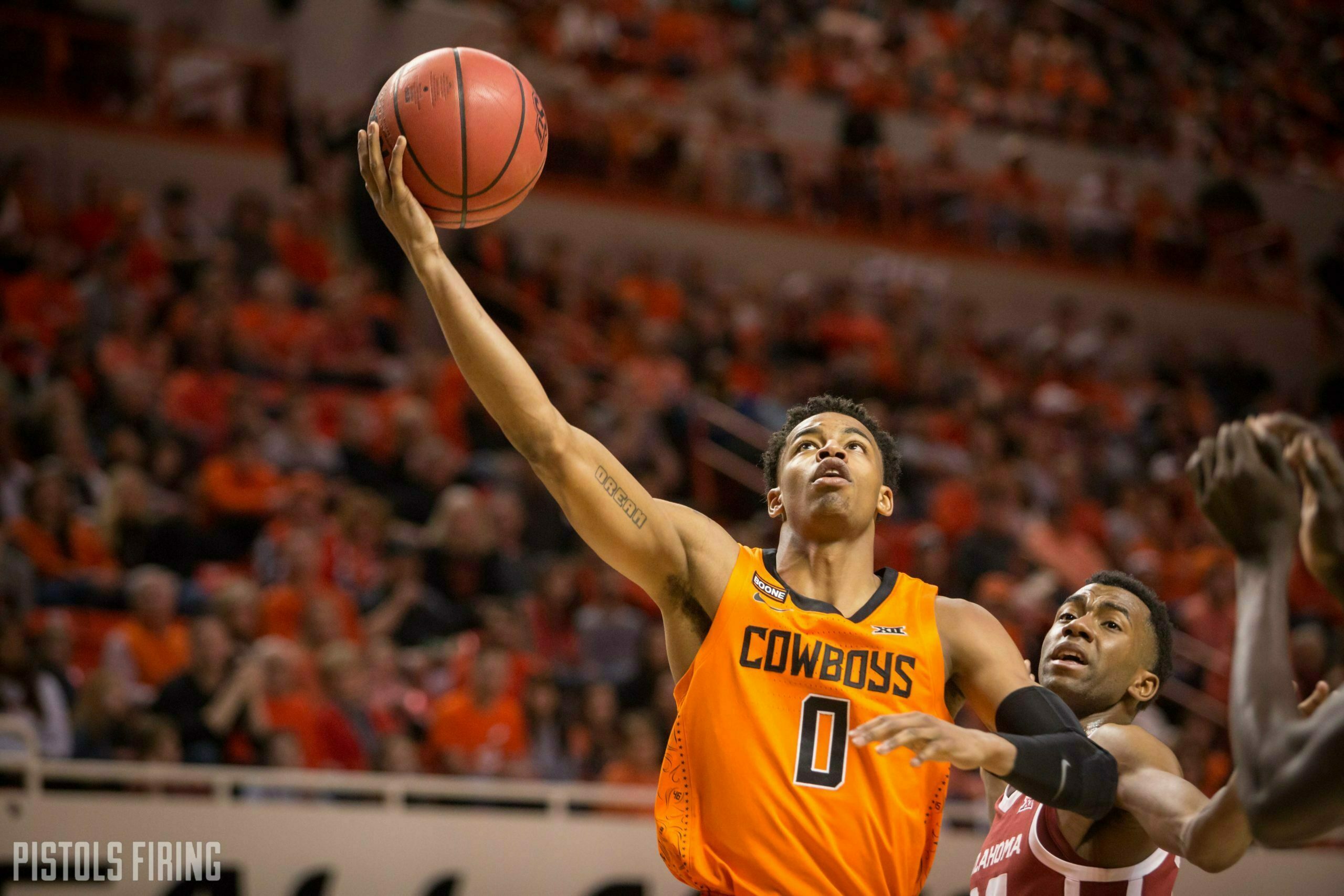 Oklahoma State’s 83-66 victory over OU in GIA on Saturday was OSU’s third-straight Bedlam win as a university and gave the Pokes an 8-3-1 advantage this school year over the Sooners.

The Bedlam Series — brought to you by Anheuser-Busch and Chevrolet because #amateurathletics — has been all orange of late. OSU has won five of the last six series and needs just six more wins this school year to lock up their sixth overall win in seven years. 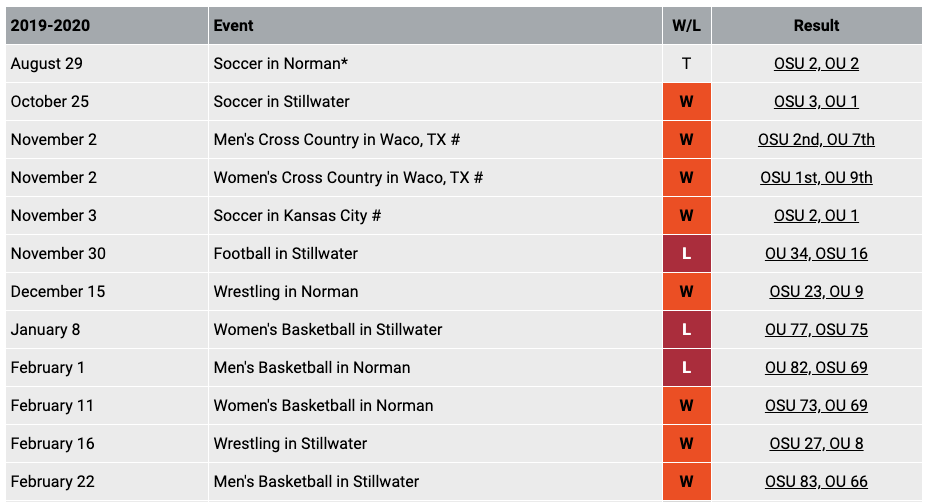 OU actually owned this series early on. After the two schools split the first four series (from 2000-2003), OU won eight of the next 10 to take a commanding lead overall. But OSU has lost just one since that Sooners’ run, and it came last year when the Pokes lost seven of their last nine events to the Sooners.

Here are the final 15 events on the docket for the 2019-20 series. Again, OSU needs to win just six of the 15 to lock up the series for the sixth time in seven years. 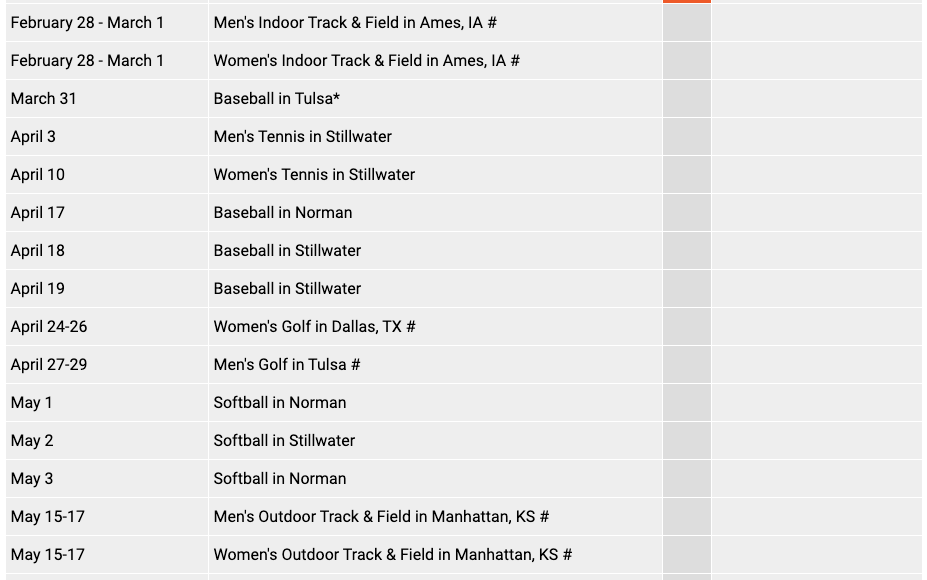