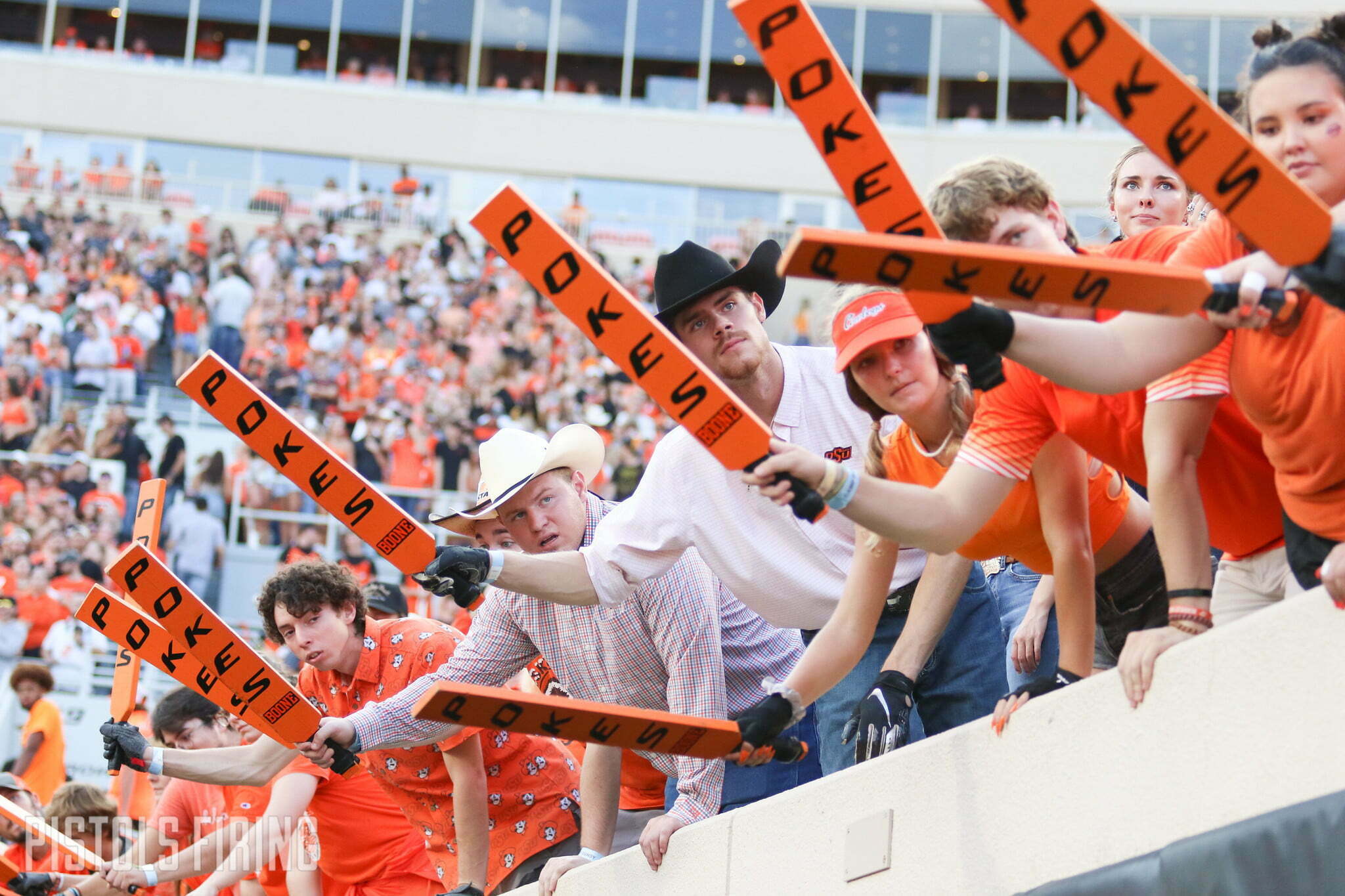 It wasn’t always a breeze, but Oklahoma State exorcised its directional-Michigan demons on Thursday night, riding an offensive outburst by Spencer Sanders & Co. in the first half and weathering a would-be Chippewa comeback in the second. The point is that OSU is 1-0 and Mike Gundy earned his 150th career win and didn’t have to go topless and do September snow angles on the brand new BPS turf.

Let’s take a look at the best of #OSUTwitter from the Cowboys’ Week 1 win.

Rodrigo was able to take in the win.

Of course, there was some late-game drama.

OSU’s newest fan would like to take a little credit for his first Cowboy win.

Spencer Sanders went scorched earth in the first half.