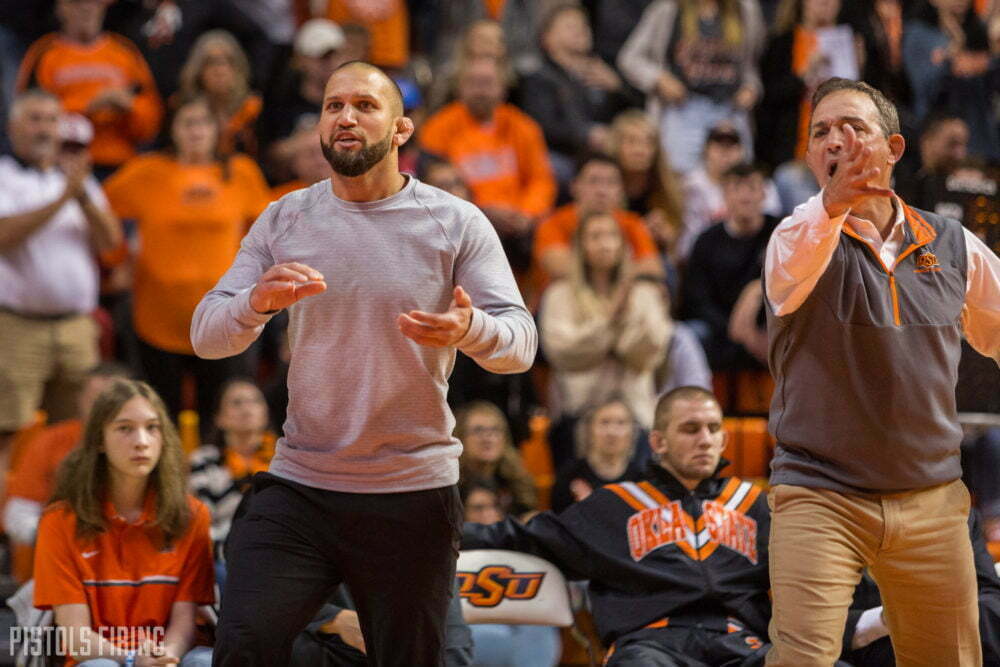 The Cowboys signed three wrestlers to National Letters of Intent last month and all three will join the program in the fall of 2018. Let’s take a deeper look at those signees and what we can expect from them going forward.

Depending on what recruiting service you’re looking at Wittlake is the  No. 2 or No. 3 overall recruit in this year’s class. The Coos Bay, Oregon product has had a really impressive prep career. He’s made multiple world teams and was a cadet bronze medalist in 2016.

The interesting thing with Wittlake will be to see what the Cowboys do with him next year. He projects as a possible 174 or 184 in college with most penciling him in at 174. He currently wrestles at 170 in high school, but the Cowboys’ biggest need for next year, a year where they will have a very real shot at a team title, depending on a few potential line-up shifts looks like it will be at 184.

The entire circumstance for Wittlake is a bit different than what is currently going on with Daton Fix. Fix is in a completely stacked portion of the lineup where having him redshirt looks as though it will have minimal impact on the team race and allow him a year to develop. Long term, and even in this current year, allowing Fix to redshirt seems to definitely be the best answer for the program.

In my opinion, Wittlakes’ freshman year will play out similar to Joe Smith’s freshman season a few years ago. For Wittlake’s overall career and maybe even the Cowboy team as a whole it may be best for him to get a redshirt year to develop and physically mature. Depending on what he’s doing in open tournaments and what they see in the room the dilemma could become, “Do we sacrifice a potential team title next year in the interest of giving him a redshirt year?”

If Wittlake looks as though he has All-American potential next year at 184 and Keegan Moore, who lost to a D2 wrestler last weekend, doesn’t, or Austin Marsden struggles with the weight cut and doesn’t look as though he’ll solidly be an All-American, then there’s a very real chance they insert Wittlake at the higher weight as a true freshman. They would do so in hopes that he could push Oklahoma State over the edge for a team title.

If he takes a redshirt year and stays down at 174 he’ll slot in perfectly when Jacobe Smith graduates, but I really think the staff will be taking a very hard look at what’s going on at 184 when trying to make a decision on what to do with Wittlake next year.

Either way the kid has the tools to be a multiple time NCAA champ/All-American and was a huge late pickup for OSU’s recruiting class.

Montalvo isn’t as highly rated of a prospect as Wittlake, but the ranked California recruit is in the top 10 of his weight class. Montalvo physically fills out the need at 184 a bit better than Wittlake, but he’s simply not one you would expect to step right in as the starter at the Division 1 level. I think it’s pretty likely that he’ll redshirt, but he could turn out to be a pretty big piece for the program going forward.

OSU’s has a knack for taking under-the-radar recruits at the upper weights and making them All-Americans. Preston Weigel and Nolan Boyd are two prime examples. If Montalvo can fill a similar role at 184 or 197 it could be huge for the Cowboys over the next few years.

With this program’s recruiting needs, it looks as though it is set up to have the 3-4 potential powerhouses needed to compete for NCAA titles in the future with Fix, Wittlake, commit Greg Kerkvliet, and even freshman Kaden Gfeller. Those under-the-radar guys that wind up as All-Americans can make a huge impact on a team.

Montalvo is potentially one of those guys.

“Montalvo wrestles for a great program and we’ve seen a lot of development from him in the last year,” John Smith said. “That’s one of the reasons we chose to go after him and we see him being the biggest in this class, as far as size.”

The development is part of the reason OSU recruited him. If that holds true, and he continues to improve to the level of an All-American, he could be big for OSU going forward.

Harper is another recruit that on the surface doesn’t look as though he’ll be a superstar, but the state champ out of Kansas has been a multi-sport athlete his entire life and coming to OSU where he’ll just be focused on wrestling may allow him to change levels in the sport and be up there with some of the more highly-touted wrestlers. He projects as a 157-165 and could end up having an impact in the lineup after Chandler Rogers graduates next year.