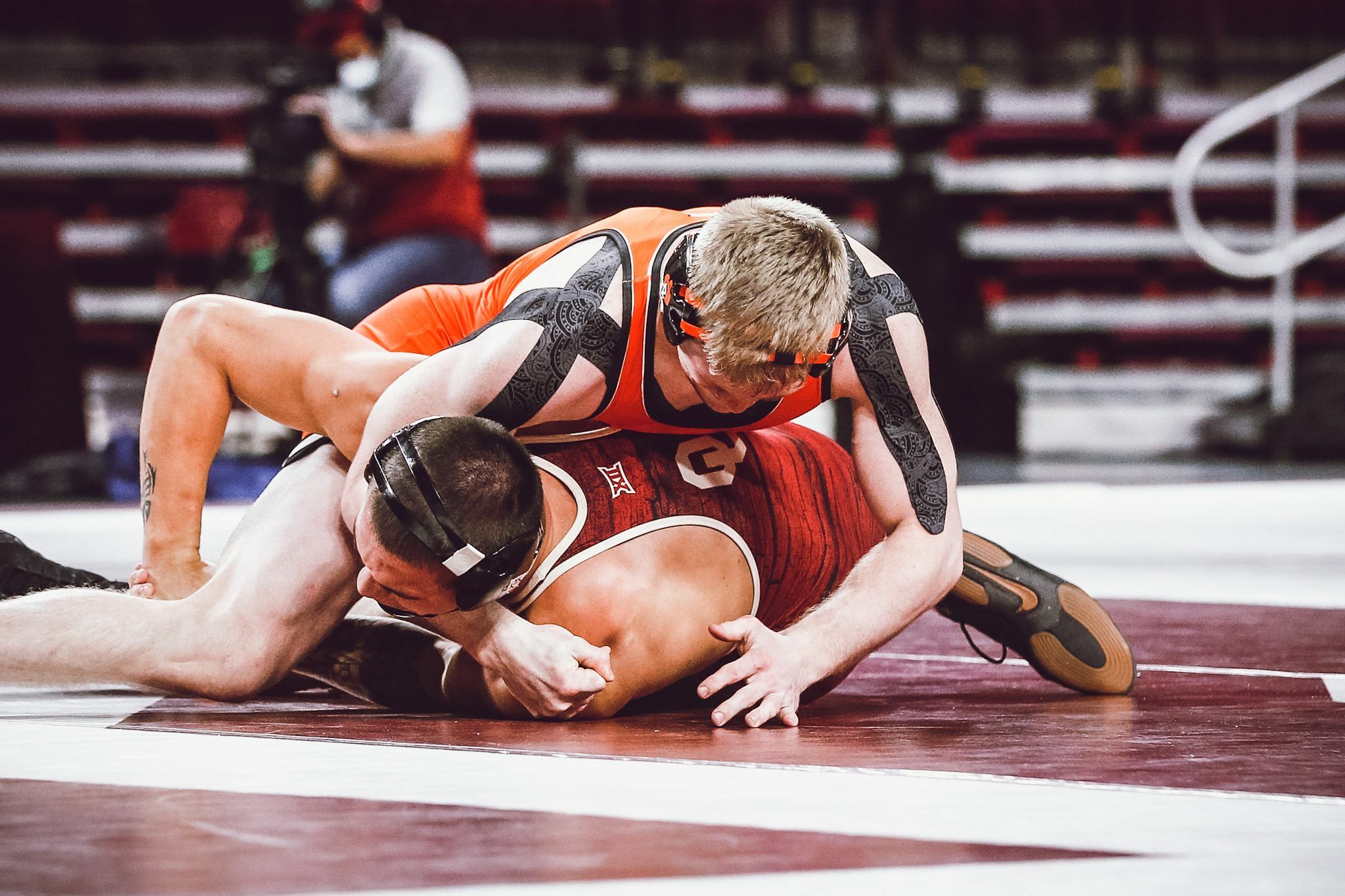 The Cowboys had an unplanned home dual on Sunday afternoon as after a cancelation of a scheduled tri-meet at West Virginia with WVU and Columbia. The Cowboys rescheduled a home dual in Stillwater with Columbia, and the Pokes kept their unbeaten dual season going.

The Cowboys won 35-6, but there were some solid tests throughout the dual.

Trevor Mastrogiovanni opened things up with a dominant 8-0 major over Joe Manchio, one of Columbia’s top wrestlers who is ranked 20th by Intermat. Daton Fix also picked up a major with a 13-4 win over Angelo Rini at 133.

The premier matchup of the dual, and one of OSU’s only losses, came at 141. Freshman Carter Young wrestled Matt Kazimir in a pairing of the No. 18 and No. 19 wrestlers in the country at 141. Kazimir downed Young with a comfortable 6-1 decision.

OSU had a few somewhat unexpected tests in the middle of their lineup.

At 157 Wyatt Sheets got into a tie-up early with Andrew Garr and was taken down. After an escape, Sheets took a shot which is followed up with a counter shot and score by Garr to go up 4-1. After getting in a bit of a hole early, Sheets got an escape and took down Garr to tie it up 4-4 at the end of the first. Sheets rode out the period to go into the second 4-4. Sheets got an escape and takedown to go up 7-4 in the middle of the second. He gave up an escape to make it 7-5 going into the third. Sheets rode out the final period to win 8-5 in a bit tighter contest than expected.

Jalin Harper stepped in with Travis Wittlake out of the lineup and battled at 165 with one of Columbia’s best, Josh Ogunsanya. The score was even through the first period, and Harper briefly took a lead in the second going up 1-0. Ogunsanya got a takedown followed by a Harper escape to make it 2-2 going into the third. Ogunsanya picked up a quick escape and went on to win the match 3-2.

At 174, Dustin Plott had some struggles similar to Sheets. He gave up the first takedown to Nick Fine and was forced to battle back from there. Plott got an escape in the first and another in the second to tie it at 2 going into the third. In the third, Fine started off the period on bottom and got a quick escape to go up 3-2. Plott got a takedown and tough ride out to win the match 4-3.

OSU closed out the dual with a major decision at 184 and falls at 197 and 285 by AJ Ferrari and Luke Surber.

The Cowboys return to Gallagher-Iba at 2 p.m. next Sunday to take on Lehigh.