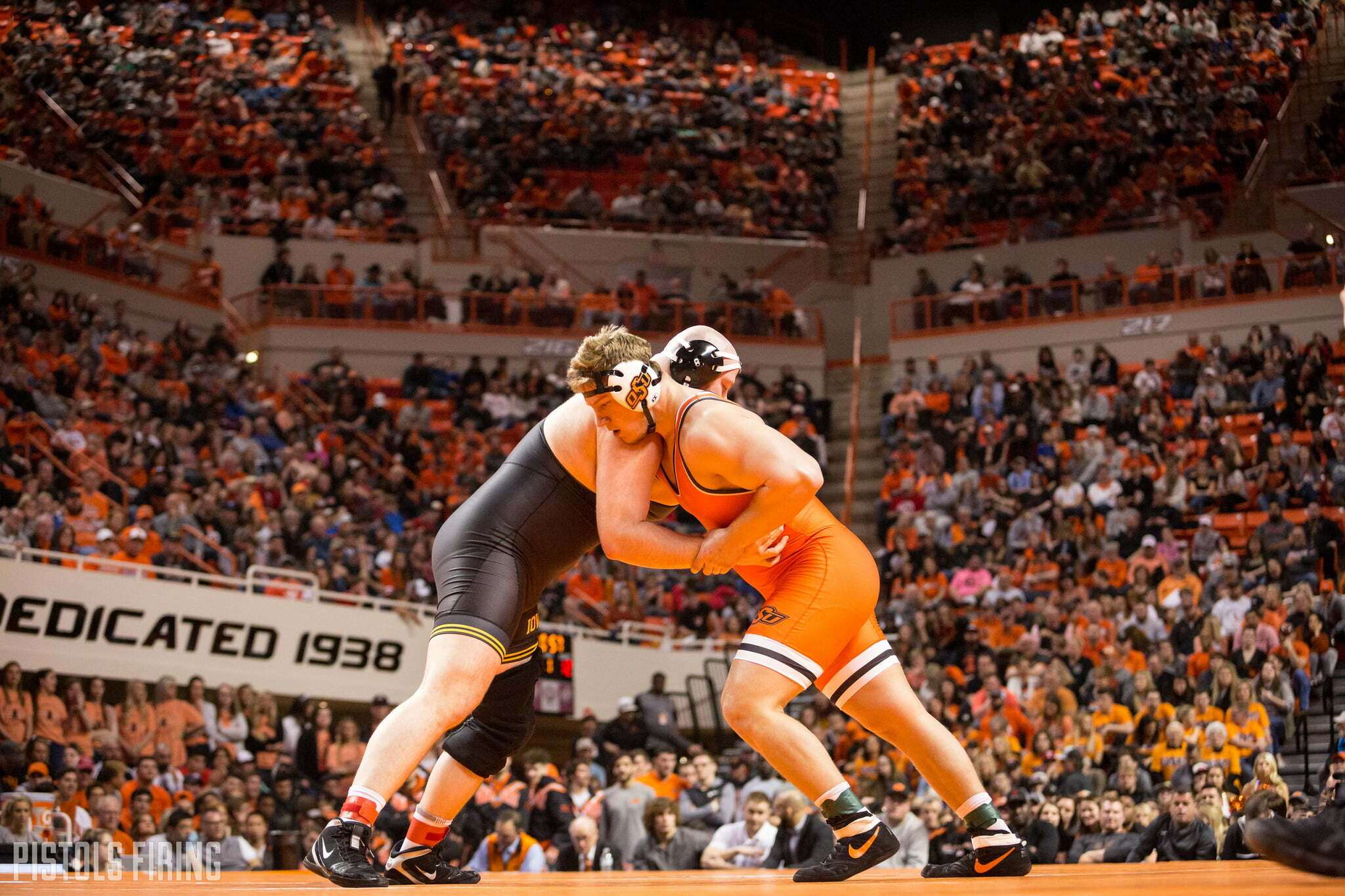 ESPN and the Big 12 announced a new media rights agreement specifically for tier 3 rights, which include wrestling, to move to ESPN+. With that it looks as though Oklahoma State home duals will now be streamed on ESPN+ vs. Flo who they’ve had a rights agreement with for the last few years.

Here are a few of my thoughts on what that means for Oklahoma State wrestling and their fans.

1. It’s Cheaper, but Not If You’re Interested in Wrestling Outside of Stillwater

ESPN+ is $4.99 a month vs. a Flo subscription which is an annual subscription costing $150 a year or $12.50 a month. So on the surface fans could drop their Flo subscriptions, save a little cash, and pick up an ESPN+ subscription at a lower cost. The only issue is if you’re a die-hard wrestling fan you miss out on a lot of other stuff that the Cowboys are involved in. For example the US Open is coming up in a few weeks and a large contingent of Oklahoma State guys will be wrestling there. But the only way to watch, aside from a trip to Vegas, is to stream on Flo. Similar can be said about some away duals, in season tournaments, and high school wrestling involving upcoming recruits. For fans that have a deeper interest and want to follow those things they probably aren’t going to want to cut their subscriptions to Flo and will ultimately spend more by carrying both services. So for casual fans it’s a win on your pocket book. For die hard wrestling fans, it’s probably not.

2. OSU Wrestling Will Receive Less Media Coverage with This

After ESPN Big 12 writer Jake Trotter confirmed that wrestling rights are going to ESPN+ I joked on Twitter that wrestling fans may want to figure out a way to like our coverage here at Pistols Firing because after this ESPN+ deal they’re probably going to get a lot less from Flo.

I hope you all enjoy the #okstate wrestling coverage on Pistols Firing. I wouldn't expect much from ESPN and I'm sure Flo will pull back on it now that they no longer have a rights agreement. https://t.co/fL39LmPIwy

Here’s what I mean in saying that.

Flo’s not going to completely fall off the wagon with their coverage of Oklahoma State Wrestling. OSU is one of the premier programs in the sport, so there are plenty of story lines involving the program that people want to see and I’m sure they will cover. But ESPN is not suddenly going to start giving true coverage to wrestling. Sure it will be streamed on their website, but it’s difficult to see them suddenly hire writers or film producers or anything of that nature. It’s just going to be streaming and possibly a dual or two on TV each year, which has already been happening even while OSU was under the Flo rights deal.

The fact is Flo’s most vested interest in hyping or promoting most things Oklahoma State vs. any other program, is to sell streaming subscriptions. That’s now gone. If you go on their site right now here are their six most recent stories.

All of those stories except for one are built around selling events streamed on their site. It’s not a knock on Flo. You have to do what you have to do to get paid. But when you take their economic interest out of it they’re probably not going to cover Oklahoma State as well. And there just aren’t many other websites out there that cover it like they do.

So you want a preview on a dual or some other deep insight on what to expect when some team comes to Stillwater? This is probably the only place you’ll now find it with Flo no longer tied to dual streaming.

3. It Sounds Like It Will All Be Produced in House

Orange Power Studios at OSU produced some of the recent dual videos and in my opinion have done a decent job with it. They had some minor issues in spots, but overall it’s a decent product. The ones they post on their YouTube page utilize Stillwater radio as the commentary with Rex Holt and Roger Moore on the call similar to the video below.

It will be interesting to see if they continue the same pattern or if they switch it up some.

4. How Well OSU Wrestling Will Now Be Promoted?

I voiced some concerns I had on this mid-season. OSU, as a whole simply, doesn’t promote wrestling like they probably should. They did a good job on the Iowa dual and you know what happened? They sold the thing out. In general it has always seemed like a bit of an undersold product at Oklahoma State when you consider the history of the program. Flo sort of bridged that gap in my opinion and with their large social media presence they built a certain level of hype for the average OSU dual. It’s really hard to see any reason they would promote or hype duals when they aren’t streaming it. Will ESPN or OSU find a way to fill the void? We’ll have to wait to find out, but when the athletic director himself admits that OSU has taken wrestling “for granted“, it’s hard to see where they’ll pick up the slack in coverage and promotion without an entity like Flo that’s invested in the sport tied into them.

5. It’s Going to Open Up Some More Casual Fans to the Sport

There’s certainly going to be more general Oklahoma State fans that have an ESPN+ subscription vs. ones willing to purchase a FloWrestling subscription. So at the end of the day there are many more people that will have access to watch Oklahoma State wrestling. One would hope that it helps to bring in more casual fans to follow the sport a bit closer. It will be an interesting thing to follow. Recent attendance history doesn’t support that this actually gets fans in the arena though as OSU had an 18-year high this season after it’s fourth straight year under their agreement with Flo.