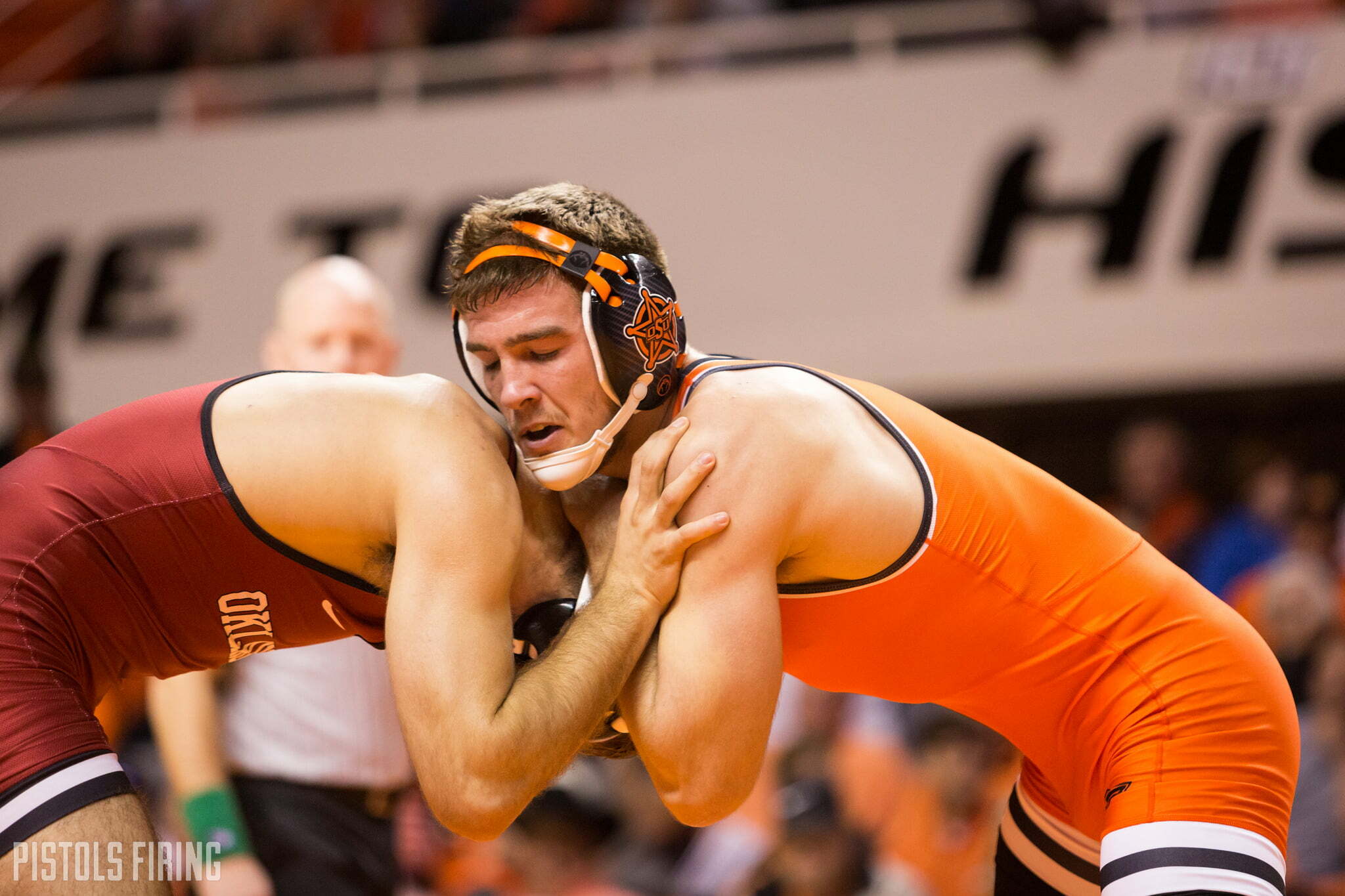 This weekend No. 3 Oklahoma State will hit their final road trip in a long string of away matches that started back on December 16. The Cowboys will wrestle WVU on Friday at 7 p.m. then have a quick turnaround to wrestle Pitt on Saturday at noon.

Let’s take a look at each.

The Mountaineers are currently in a total rebuild mode. They’re 2-9 on the season with their only wins coming over Northern Colorado and North Dakota State. This offseason they hired Tim Flynn away from Edinboro which coincidentally led to Andrew Shomers and Dakota Geer transferring to Oklahoma State.

Flynn is a big-time coach and has them trending in the right direction. But to put it simply they just aren’t there yet. OSU will be favored in every match. West Virginia has a pretty talented wrestler at 133 in Matthew Schmitt, but he’ll be matched up with Daton Fix, so he’ll have a tough go. At 157 they have Zach Moore, nephew of former Cowboy Hardell Moore. That will likely be their best chance at a win.

The Cowboys matchup on Saturday is a little bit of a different conversation. The Panthers are currently undefeated and bring a really strong lineup into this one. I look at this as a bit of a “trap” dual for the Cowboys. Pitt’s undefeated, and they have some highly ranked wrestlers, so OSU knows they’re taking on guys that will put up a fight. But coming off of a very tough road trip in New Jersey, then having back-to-back matches with a very short gap between weight ins is tough.

I talk about Daton Fix a lot, great wrestler and great kid. But when you look at him coming off of an incredibly high profile match vs. Nick Suriano, then taking on Schmitt at WVU, then Micky Phillippi at Pittsburgh, he will have to be on his game this weekend. Fortunately, that is rarely an issue for him. At 157-165 it’s not clear who OSU will trot out as nothing’s been announced on Chandler Rogers’ health and we’ve seen Jonce Blaylock and Andrew Shomers at both 157 and 165 this year. Depending on who we see, Pitt could potentially be favored in both matches. The home team will be solid at 184 and 285, as well.

It’s tough to see how Pitt could pull a complete upset and win the dual, but it’s not out of the question. And when a program on the rise like Pitt is taking on one of the elites, the fans get excited. A wrestling hotbed like Pittsburgh will really be up for this. Their wrestlers will take a lot of pride in the opportunity to land a strong shot to the jaw of a program like OSU, even if they are unable to win the dual.

OSU should take care of business here, but this is a good test.