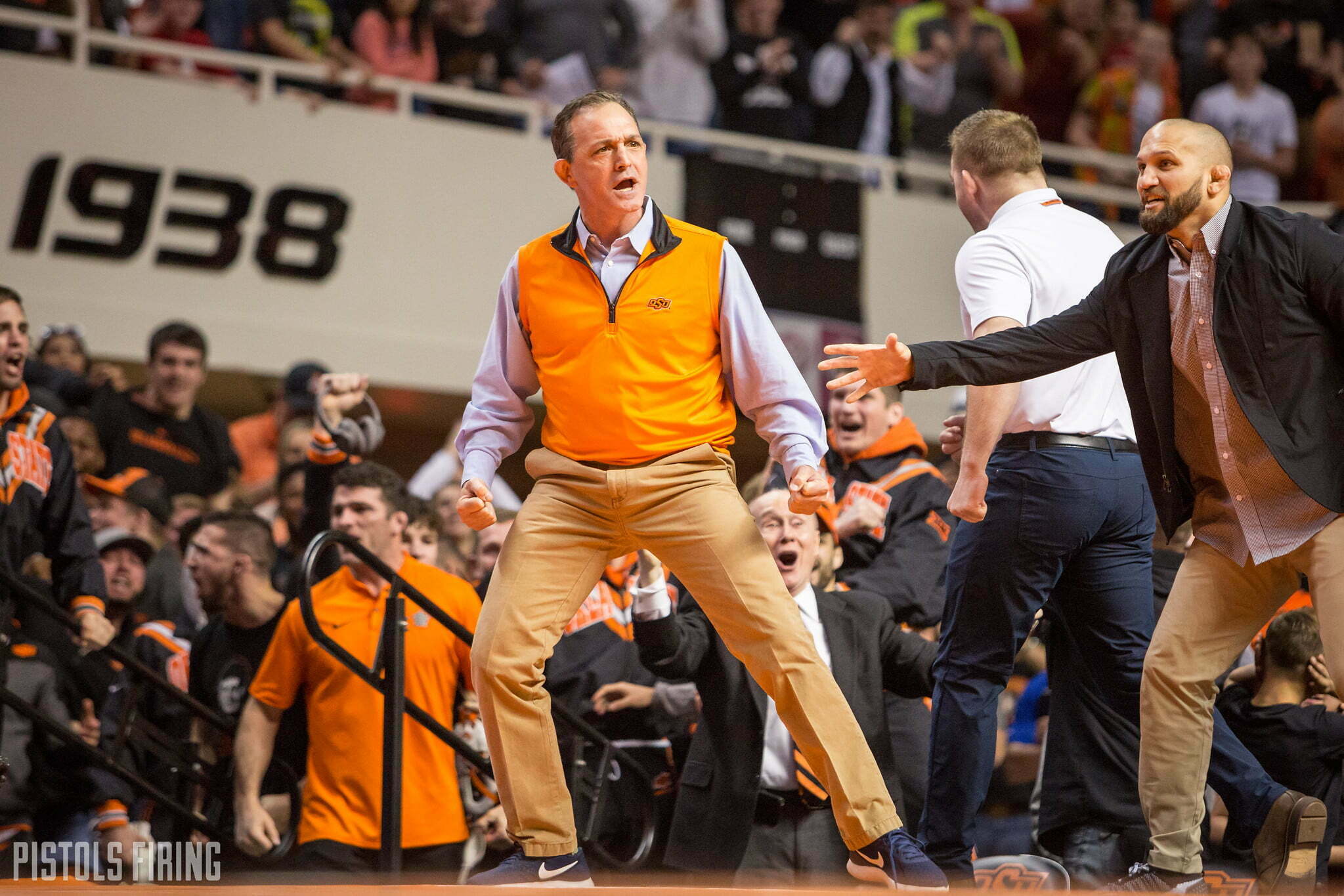 After No. 1 overall recruit AJ Ferrari announced his commitment to Oklahoma State a few weeks ago, it looks as though the Cowboys have wrapped up their 2020 recruiting class and have comfortably locked down the top-ranked group in the country.

Now starts the work on the 2021 class and a slew of top recruits were in Stillwater this weekend.

Victor Voinovich: Voinovich is out of Brecksville, Ohio. He’s the No. 1 ranked wrestler in the country at 145 pounds after a huge win a few weeks ago at FloWrestling’s “Who’s #1?” over second-ranked Jesse Vasquez. If you look at what the Cowboys have coming in with this monster 2020 class, Voinovich would slot in about as well as you could hope for the Cowboys as they’ll have a strong batch of lightweights and an elite group of upper weights.

What they really need for 2021 is middleweights and Voinovich definitely fits that mold. At 145 currently, most project him as a 149 or 157. Voinovich was a Fargo runner up this summer at 145 and Ohio State Champion as a freshman.

Travis Mastrogiovanni: The younger but larger brother of 2020 commit Trevor Mastrogiovanni is ranked No. 2 in the country at 152 pounds and is the No. 4 overall prospect in the 2021 class according to FloWrestling. Just like Voinovich he’s a great size fit for the Cowboys projecting in that 149-157 range with a possibility of getting up to 165. The sibling connection looks like a very good thing for the Pokes’ prospects of landing Travis.

Carson Manville: Manville’s been out with an injury for a bit but, at one point in his freshman year, was ranked as the No. 1 overall prospect in his class. Manville’s older brother wrestles for Cael Sanderson at Penn State, but that isn’t stopping the Cowboys from shooting their shot.

Daniel Jezik: Out of Coal City, Illinois, Jezik was a 2A state champion in Illinois last season at 182 pounds and completed the season with a 28-0 record. Jezik is a multi-sport athlete who also stars as the running back on the Coal City football team. I’m always really intrigued by two-sport athletes. Could he come to Stillwater and jump levels when all his focus moves to wrestling? Even coming from a smaller school and town, a 28-0 record as a sophomore in Illinois at an upper weight is not easy to come by.

There are a lot of natural ties between the Cowboys and a number of the top guys in this 2021 class. If OSU can land a few of them, coupled with what they have coming in already for 2020, watch out! What the Cowboys have for 2020 should compete for NCAA titles. A few more of these guys for 2021 and they’ll be loaded with stars up and down the lineup unlike anything we’ve seen at OSU in years.