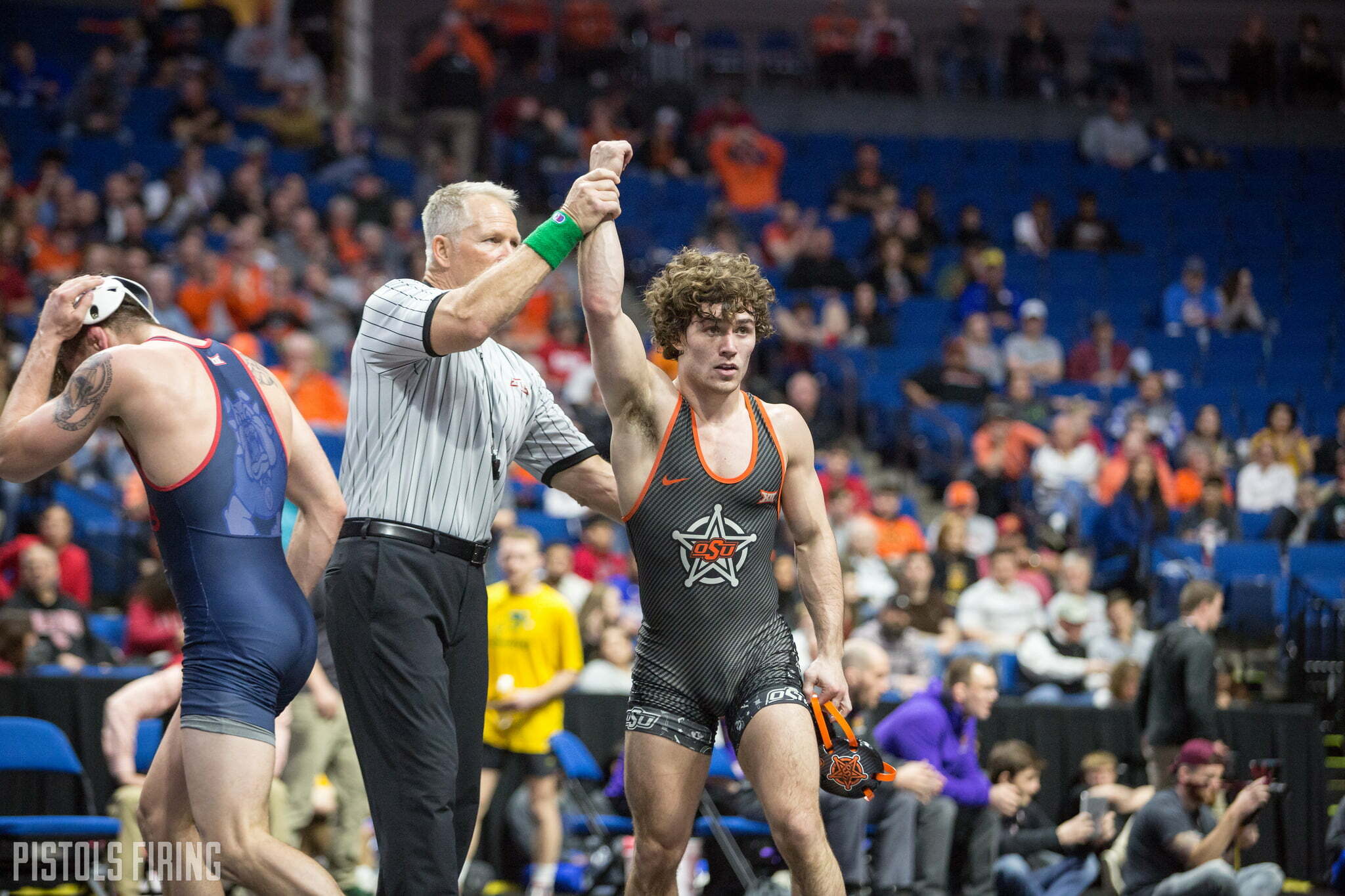 TULSA — A seventh straight team title was locked up before the championship round, but that didn’t stop the Cowboys from piling points.

Piccininni and Fix each had relatively low-scoring bouts. Piccininni got an escape in the second period and rode out the third on route to a 2-0 victory over North Dakota State’s Brent Fleetwood.

Kaden Gfeller won in the final minute of a wild match against Iowa State’s Jarrett Degen. Degen led 5-4 with 30 seconds to go, but Gfeller scored a clutch takedown to take a 6-5 lead. Degen was scrambling for an escape as time expired to no avail.

Jacobe Smith went into the final period of his match against Taylor Lujan tied at 2. Smith got an escape and a takedown to start the final period to go up 5-2. Lujan then scored off a reversal that led to Smith escaping. Smith fought off desperate takedown attempts at the end of the round to win 6-4.

Preston Weigel went started the second period of his finals match on top of Iowa State’s Willie Miklus. Weigel was able to roll Miklus to his back twice, scoring two nearfall points each time. Weigel added six more points in the third period to win 10-0. It was Weigel’s third Big 12 title.

Derek White ended the evening with a dominant performance, defeating Fresno State’s AJ Nevills by technical fall. White scored six points in the first period, three in the second and 11 in the third to win 20-5.