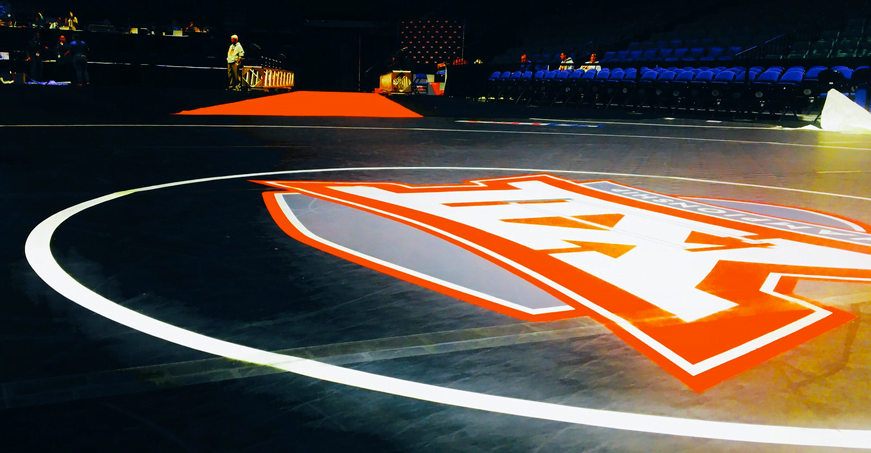 TULSA, Okla. — Each was different, entertaining in its own way, and each helped history.

The Oklahoma State wrestling team left the BOK Center with eight Big 12 champions on the bus Sunday. It’s a feat that can be boasted by only one other team: OSU in 2013. The Cowboys set a handful of records at the Big 12 Championships in Tulsa, but none were more rewarding than the eight titles.

OSU sent all 10 of its wrestlers into the finals after going 20-0 through the quarter and semifinals. Kaid Brock at 133 pounds and Chandler Rogers at 165 were the only two who didn’t win.

Brock lost to South Dakota State’s Seth Gross, the tournament’s most outstanding wrestler, by a 9-7 decision, and Rogers was perhaps robbed in a 5-4 decision after a controversial no-call on a last-second Rogers takedown that would have sealed his title.

Everything else was golden.

“When it counted most in situations all through the weekend, we were punching people right in the nose,” Smith said. “And that’s what you hope for.”

Nick Piccininni lit into the finals round at 125 pounds. He started with a tiebreaker takedown against South Dakota State’s Josh Rodriguez, a No. 1 seed in the tournament and No. 6 in the country. Smith said if Piccininni was going to win a Big 12 title as a freshman, that’s how he was going to have to wrestle. Piccininni said it was extremely important to him to start the finals strong for the Cowboys to come.

“You gotta put on for your teammates,” Piccininni said. “You don’t wanna be the one to start it off bad, so I wanted to start off with that intensity and have everyone follow up.”

Rogers’ loss broke up the madness, but the Cowboys swept the rest of the tournament with wins from Kyle Crutchmer, Nolan Boyd, Preston Weigel and Austin Schafer.

Even for the most historic program in sports, Sunday’s excellence was another level. Smith said this team, the way it’s wrestling now, has a legitimate shot at an NCAA Championship, but there is no “automatic” like Alex Dieringer.

“This is a team that’s balanced,” Smith said. “We’re gonna have to go in and recognize that you might have to fight for third place, fourth place, fifth place. But we might have some guys who get pushed into the finals.”