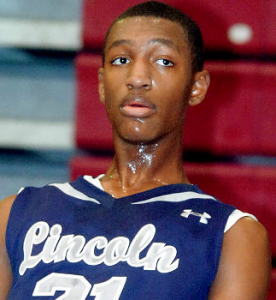 I’m ranking all 15 OSU players as we lead up to opening tip. See the bottom of this post for previous rankings

Why: Murphy attended the IMG Academy in Stillwater which to me has always been one of those places you never really knew whether it was high school or college or something shady colleges were trying to hide from the NCAA[1. Essentially it’s high school because Murphy is still classified as a freshman.].

He checks in at a svelte 6’8 210 — which is good because one thing OSU has been short on the last few years is undersized post players with little ability to rebound.

Travis Ford described him like this the other day:

He’s got to do more with it when he gets the ball. But he runs the court.

I don’t think this is the way we want to describe one of the five starters (yes, Murphy will start) on a team losing its leading scorer, but I could be wrong.

Murphy is somebody I actually like a lot. I think he’s a solid backup on a good Big 12 team but to ask him to come in as a freshman and start right away for a squad trying to make the Dance…seems like a lot to ask.