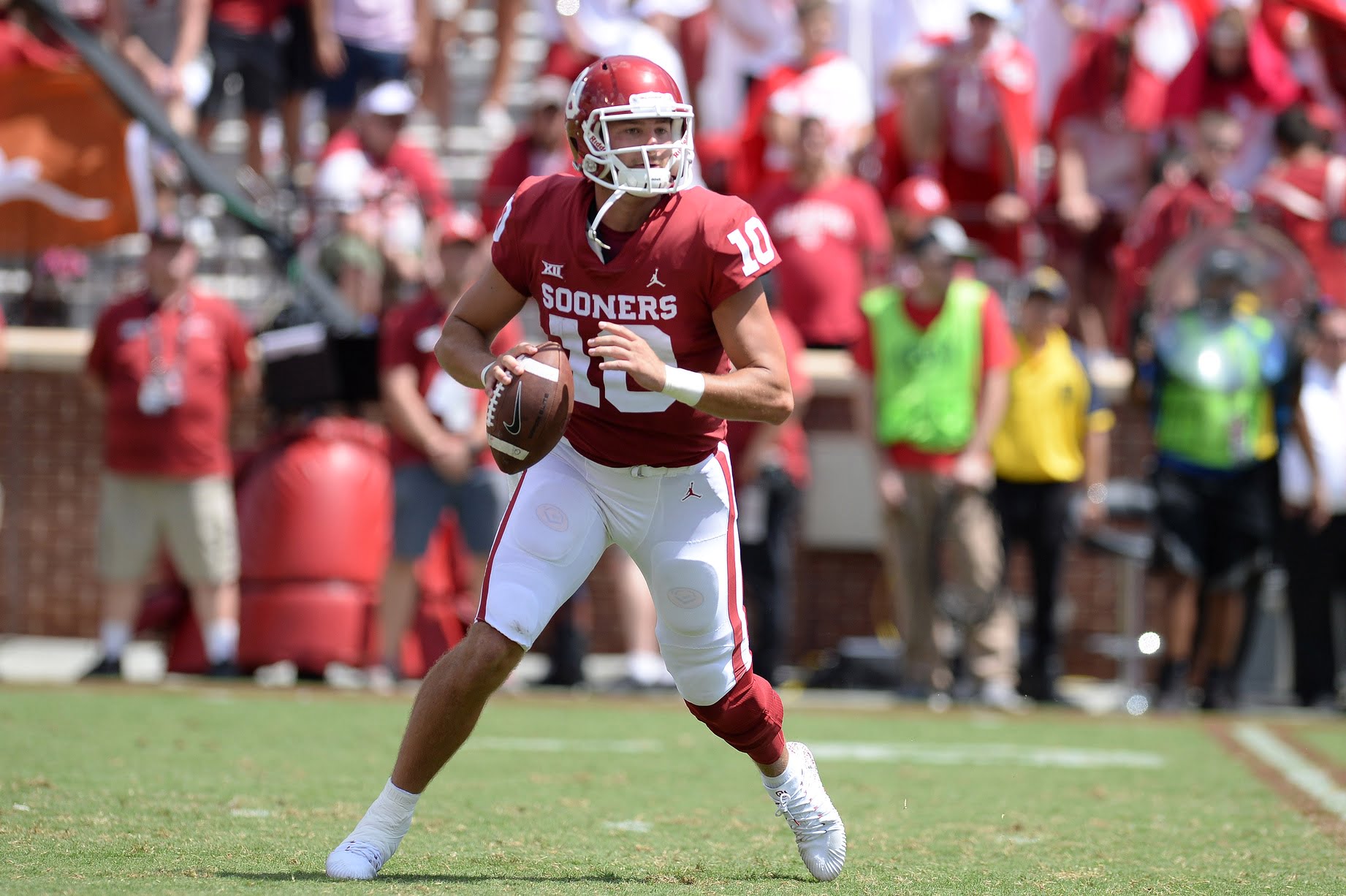 UPDATE (Jan. 17 at 8:45 a.m.): OU has unblocked Kendall, but let it be known that this only came out after Jalen Hurts announced that he was taking his talents to Norman!

Filed to ESPN. QB Austin Kendall now eligible to play for West Virginia in 2019. Source says Kendall expected to be in Morgantown by end of week. @GeorgeSchroeder first reported OU was no longer blocking Kendall from becoming immediately eligible at WVU.

Oklahoma has blocked quarterback Austin Kendall from becoming immediately eligible if he were to transfer to fellow Big 12 school West Virginia, according to ESPN’s Jake Trotter.

A recent NCAA rule change allows Kendall, like any player, to speak to other coaches and transfer without asking permission from Oklahoma where he’s been since the No. 9 pro-style passer signed in 2016. Kendall entered the new NCAA transfer portal on Friday and, with the departure of Will Grier who has declared for the NFL Draft, a fit in Morgantown seemed beneficial for both parties.

But a Big 12 rule has allowed Oklahoma to block the redshirt junior from being immediately eligible since West Virginia is an in-conference foe. In short: He doesn’t have to ask if he can transfer to any school, but he does have to ask OU if he can play immediately at one of the other nine Big 12 schools.

Unfortunately with his move to Houston, we got robbed from hearing Dana Hologersen’s next press conference about all of this.

Oklahoma State running back Chuba Hubbard chimed in on Twitter, alluded to the hypocrisy.

It’s funny how coaches can leave to another school in a heartbeat without saying a word to any of the players. But as soon as a player does the same they hate on you for it. They block you from which schools you can go to and all this other stuff. It’s funny ?

But it doesn’t stop there, Chuba.

In 2016, former Texas Tech Baker Mayfield was the center of a Big 12 rule change that specifically related to walk-ons, and the Sooners got the benefit of that rule change. Mayfield’s eligibility (by rule) was over after 2016. But after Big 12 brass voted to uphold the original rule, a re-vote was called and he was awarded, retroactively, an additional year. (See: record-setting 2017 season, Heisman trophy, CFP berth, etc.)

To add to the hypocrisy, Lincoln Riley and Co. are welcoming Alabama graduate transfer Jalen Hurts, who will leave Alabama after losing his starting job during the 2017 National Championship game to Tua Tagovailoa. Hurts and Kendall are in the same boat as they both already completed their undergraduate degrees.

So Kendall, who spent to last two seasons sitting behind a pair of Heisman winners in Baker Mayfield (a transfer QB) and Kyler Murray (a transfer QB), was facing the probability of competing with a seasoned vet (yep, another transfer QB), and one who has played in the last three national title games. And if Hurts doesn’t play then 5-star freshman Spencer Rattler will. Kendall saw the writing on the wall and decided to look elsewhere to play out his final two years of eligibility.

Now, with Oklahoma’s decision to thin the herd of opposing QBs across the Big 12, Kendall — who has already completed his undergraduate degree in Norman — would have to sit out a year in Morgantown and would lose that year of eligibility. OU could not restrict him from playing immediately if he were to look outside the league.

Fortunately for those in the Norman, it appears that Oklahoma gets to have its cake, eat it and then enjoy others’ helpings, as well. To the bellcow go the spoils.