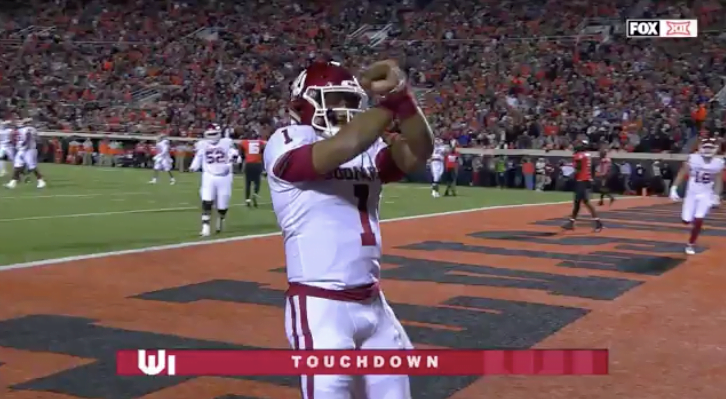 STILLWATER — Trickeration plays a role in Bedlam every single year, so why ever would you think 2019 would be any different? The team that struck first this year: the Sooners.

Looking to convert in the red zone, OU pulled out the infamous ‘Philly Special’ — the same play the Philadelphia Eagles used in the Super Bowl to help take down the New England Patriots — and scored on the play as Jalen Hurts caught the score with no one around him. The closest body was someone in the front row of the student section.

This isn’t exactly a play OU has showed on tape for OSU to try and prepare for, but still, not great, Bob! OSU’s defense bought the fake and got got, a mistake that dug them into a 17-7 hole.

We’ll see if OSU has some tricks up its own sleeve to try and dig out of this early hole, but thus far OU has had OSU at nearly every turn early on.