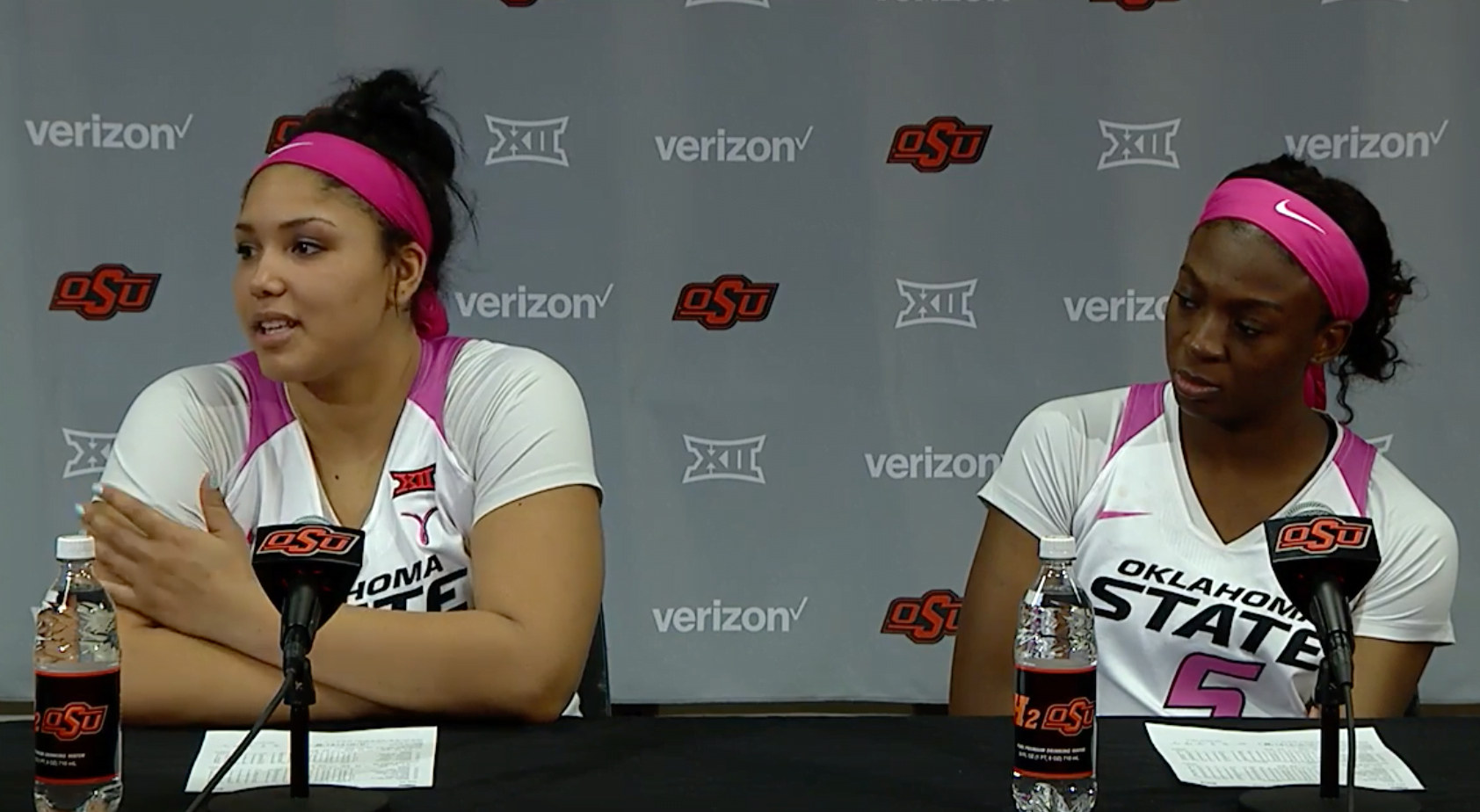 In the Oklahoma State women’s basketball team’s 80-70 victory against TCU, five Cowgirls scored at least 10 points. Jensen and senior Diana Omozee had career-high point totals. The win was the team’s first in five tries and their third in 2017.

Omozee started for the first time in a month, and she the most of the opportunity with career-high 16 points, highlighted by a euro-step layup after she jumped a passing lane and caught TCU on a fast break.

“I knew she was gonna try to take the charge, so I just tried to do my best Ginobili impersonation,” Omozee said.

Omozee said she isn’t trying to make the WNBA, so she is just having fun in her last handful of games. Coach Jim Littell said it was cool to see such a performance from a player who averages fewer than five points.

Although Omozee was exceptional, she probably didn’t need to be. Junior center Jensen, too, had a career-high 32 points and 15 rebounds for her 14th double-double this season.

Jensen said the victory felt like a breath of fresh air for the group that struggled to score during the losing streak. Jensen said the Cowgirls’ ball movement was the catalyzer to their success.

“It was just such a fun game to play because everyone was sharing the ball; we were working together,” Jensen said. “It was just a good one.”

Littell said when his team moves the ball like it did Wednesday night, OSU is at its full potential offensively.

Although the victory puts the Cowgirls in the win column, a trip to Baylor is next. Littell said it will obviously be a massive challenge to beat the No. 4 Bears.

“I don’t wanna think about that right now,” Littell said. “I wanna enjoy this one tonight.”