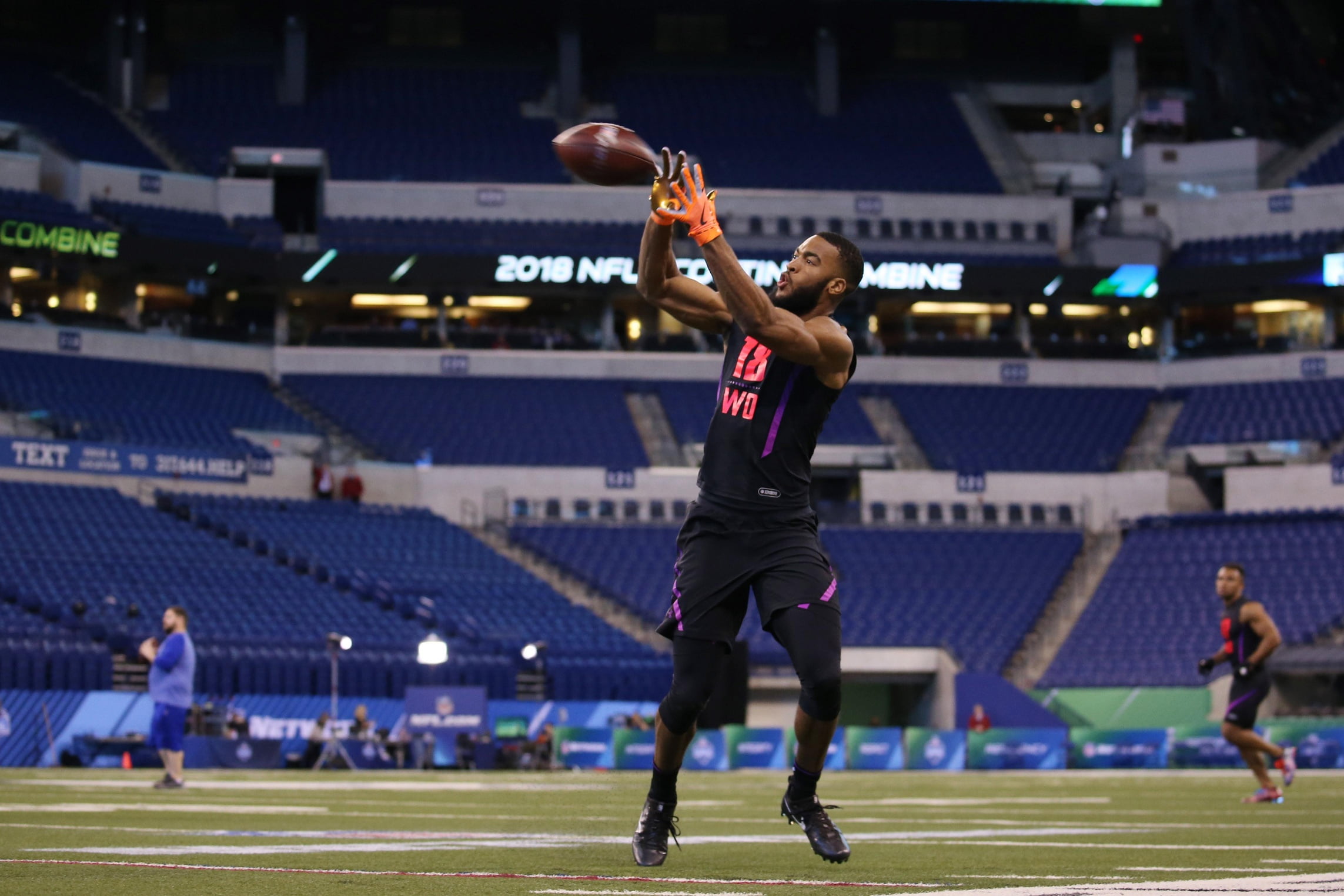 The NFL Scouting Combine is complete and five former Cowboys made their case for consideration at the next level.

Before we get into grades, let’s take a look at some important dates and info and then the former Cowboys’ official measurables and workout numbers according to NFL.com

Let’s grade each prospect’s performance by whether he “helped”, “checked the box” or “hurt” his draft stock.

From all accounts, it sounds like he aced his interviews. He also showed off some immeasurables on the whiteboard with former NFL head coach Steve Mariucci.

His workouts were fine. He didn’t wow anyone with his 40 time or vertical jump. His measurables are what they are. He had a chance to improve his stock in some circles but wasn’t extremely sharp in drills. But he probably didn’t do enough to damage his case for those that are already on-board.

The only thing last year’s Biletnikoff award winner could have done to really help his already-impressive resume would have been maybe a shocking 40 time. He tested well enough and took part in all drills and workouts.

The problem with expecting James Washington to wow people is that his greatest attributes aren’t going to necessarily be shown off in the underwear Olympics. It’s his film, his overall production and his proven ability to make plays that have teams salivating for the Cowboys’ all-time leading wideout.

This one is a bit tricky. If you had asked me to just grade this off the top of my head, having looked at the numbers and watched him in drills, I would say he checked the box. But after reading up on some national media coverage of the event, it seems Ateman may have hurt his case.

Ateman’s 4.62 40-yard dash time was the biggest issue for most people. I’m not sure that was a huge surprise to me. But Ateman had grown a cult following starting this past season when he and James Washington became OSU’s first pair of 1,000-yard receivers, and he himself became a vital third-down and red-zone target for Mason Rudolph.

That buzz swelled with his Senior Bowl showing and at the combine with his 6-4 size and impressive catch radius.

I’ve read where some were hoping for him to run a comparable 40 time to Calvin Johnson. There are not many humans (especially at 6-5) who can run a 4.35, and I don’t know why anyone would assume Marcell Ateman (at 6-4) was one of them them.

But that’s the understandably nit-picky part (teams are investing a lot of money in these guys) that turns into almost silliness with draft evaluations. Everyone has to have a comparison. We/they/NFL teams want to compare Player A to former or current Player B because they have this in common (insert height, college, system, etc).

Ateman still has a bright future and really good shot at a good career. And if he’s got a 4.5 in him, he can prove it at Oklahoma State’s pro day on March 15.

Based on some maybe unfair expectations, he fell somewhere between “hurt” and “checked the box”. We’ll lean hurt for the Megatron wishers out there.

Lacy was the surprise invitee from OSU’s class. His numbers dropped off his senior season, thanks largely to Ateman and an overall deep and talented receiving group.

But Lacy showed his big-play ability on occasion and was impressive at times during his junior season.

At the combine, he measured well and was good-to-really good in his drills. But then he ran a 4.51 40-yard time and became a #Hashtag and has pushed himself onto the radar for a lot of people.

A guy most people weren’t talking about has now garnered some interest from at least a couple of NFL teams.

While some his official measurements weren’t listed on NFL.com, we were able to find some additional info reported from trustworthy #sources.

Flowers outperformed his offense counterparts in several key drills, most notably his 4.45 40-yard dash and his 18 reps on the bench press.

The rangy DB who some were deeming a mid-round sleeper just shook a few teams awake and will have the pro day in Stillwater next week to continue growing his brand.

Recovered fine and probably up somebody’s board! ? thanks for the marketing though! https://t.co/4Zcxt7ij66