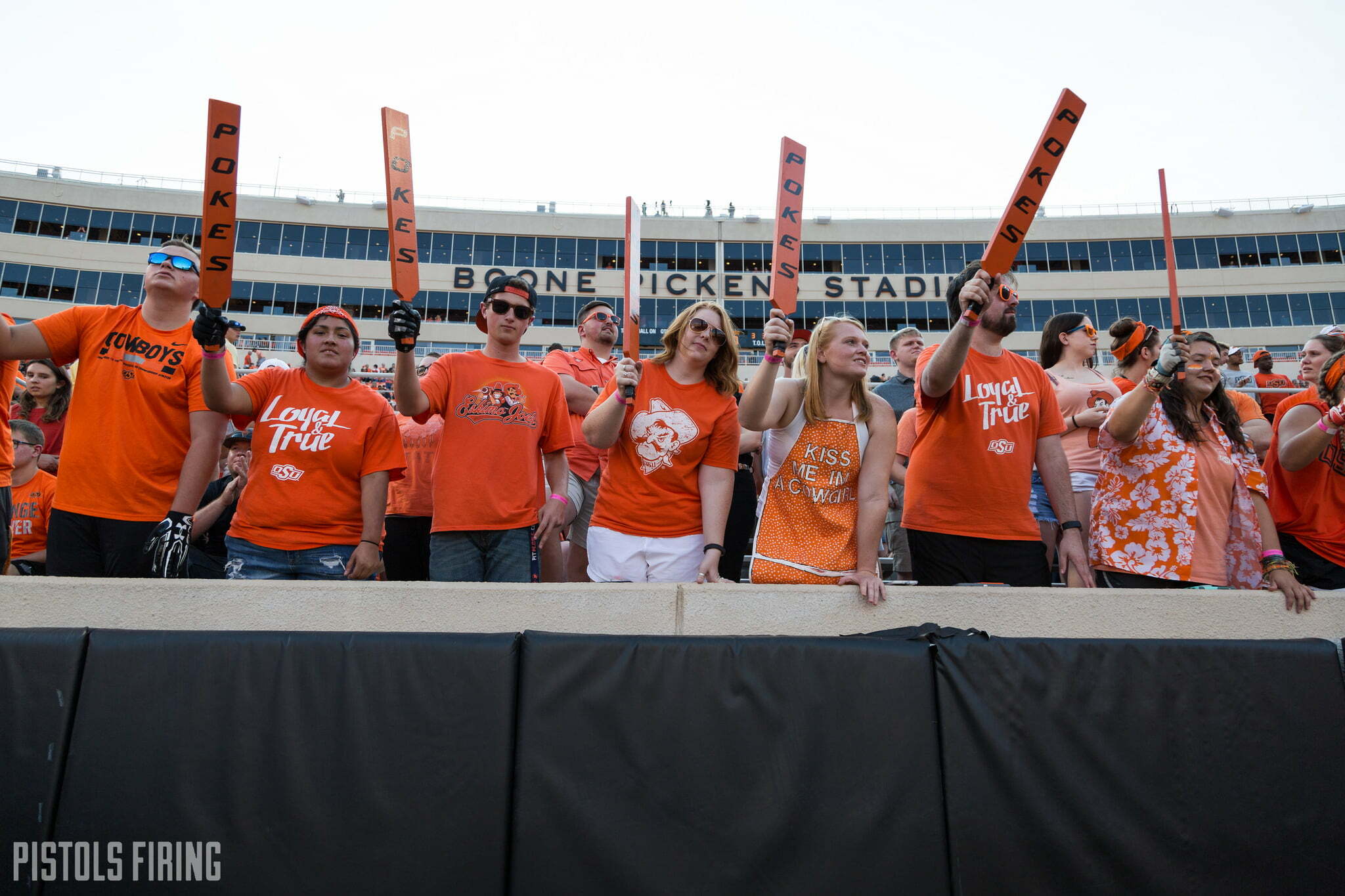 The Cowboys jumped a spot to No. 14 in the AP Poll after their bye week. Oklahoma couldn’t handle Iowa State at home; and the Big 12 race just keeps getting more and more interesting.

Oklahoma State hosts the Baylor Bears this weekend as a part of America’s Greatest Homecoming. The Pokes will try to extend their winning streak, and lengthen Baylor’s losing skid. After a rather slow weekend, lets take a look at the best comments on the site this week.

Almost guaranteed Baylor covers in this game. that is a HUGE spread. I’m shocked it’s that high, regardless of Baylor’s performances so far. I can see this staying decently close until the middle of the third. I’d say something like 48-31 OSU or something along those lines. we’d have to put up 50+ AND hold them under 24 to cover. I could see us scoring 50+ maybe, but I don’t see Baylor only scoring twice in this game. –OSU Student on the spread for Baylor-OSU.

This Baylor team is better than most are giving them credit for. The Bears played OU and Kansas State close in their last two games. They may not have improved enough to give OSU a close game, but they will score points. I see Baylor scoring in the 20-30 range, with OSU in the 45-55 range.

Boynton has consistently tried to speak to the fact that he is here for the players and making these boys into men. Though there is the element of “coach speak”, I for one believe he is genuine and truly cares. An FBI investigation is a brutal way to kick off a new coaching career, but if Boynton can weather the storm and still find success, then he’s going to be one hell of a coach. –oSuJones on Mike Boynton.

I have no idea what is going to unfold over the coming weeks and months but we can all hope for the best. Let’s hope Boynton and OSU can still salvage something from this season, for the players’ and fan base’s sake.

3. Someone has to win the Red River Rivalry, unfortunately

Don’t really know how to feel about this one. On one hand it would be great to see UO essentially out of the conference race in October. The issue is the media would be INSUFFERABLE with the “Texas is back!!” proclamations. On the other hand, if UO wins it makes Bedlam that much bigger and we need as many big games between now and then as we can get. –Guest on Texas-OU this weekend.

OU is looking at this weekend’s game as a must win. The chip on Baker Mayfield’s shoulder grew exponentially after losing at home to Iowa State. OU will probably take this one by a few scores. Don’t be surprised to see Texas back in the top 20 if they do win.

The flexibility of our defnsive backs could be huge in bedlam. The fact that KEM, Ramon, Bundage, Curry, Green, etc can basically all be flex-corner/safety/linebacker hybrids….. Pre-snap motion of dropping KEM to safety, having Ramon drop down to cover a slot receiver, and sliding any corner more into the middle would be a nightmare for Baker to read.

The ability of all of them to handle man coverage on routes (with the exception of like KEM on a speedy slot receiver) also plays to our advantage. If they can just make solid tackles and limit big gains by Flowers and Andrews, they likely won’t get beat for speed. I like our odds with their WRs and our CBs as well as our LBs against those guys. It’ll come down to the play of the lines, which will be very very interesting. –Gallagher? I hardly know her! on the flexibility of the Oklahoma State defense.

I’d love to see Glenn Spencer be more aggressive in switching coverages and rushing the quarterback. OSU should be rushing four on every play. Switching coverages, and having players switch positions, would make it difficult on opposing quarterbacks to read the defense and get the ball out before the pass rush gets there.

Finding a way to place the band in such a way that they portray a giant baker mugshot during the halftime show while playing bad boys may make me have a heart attack. –OSU Student on the OSU band taking shots at Baker Mayfield.

The band taking shots at rival teams through their halftime performance is a classic in college football. I wouldn’t mind seeing the OSU faithful take a few shots at Baker Mayfield. However, it wouldn’t be the best look if he dazzles in the first half and has the Sooners up at halftime.

6. Anything to avoid Cleveland

Rudolph needs to pull an Eli Manning and make it known he will not play for Cleveland. That place is a Cowboy Killer and they never recover. –Stuart Anderson on CBS Sports projecting Mason Rudolph to go #1 overall…to Cleveland.

Mason Rudolph, a good Christian boy, would NEVER do this. Not publicly at least. Any way he can figure out to not play for Cleveland seems like a good idea to me. I hope, if necessary, that Mason can pull the trigger and avoid the Browns when the time comes.

I don’t think the OSU defense plays aggressive enough. Every once in awhile it would be nice to see Glenn Spencer try man coverage with four pass rushers. Getting more pressure on the quarterback will help force more turnovers.

8. What’s next for the OSU basketball program?

I hate how everyone is just locked into the idea that the whole basketball program is bad and “dark years are coming”. Jeff Carroll has played his butt off for this University and has earned every accolade he receives. Mike Boynton has said and done all the right things besides trusting in someone who let him down, (Evans). Maybe Jeff will be ineligible, maybe Boynton will be let go. But those are just assumptions, I will continue to support them until I hear something contradictory. Looking forward to Homecoming this weekend, including Hoco and Hoops, Go Pokes. –Blake on the outlook for the OSU basketball program.

Despite all of the bad news surrounding the basketball program, I hope Homecoming and Hoops is packed with fans supporting the team. This weekend is about alumni coming back to Stillwater to celebrate the university. It should be a great weekend.