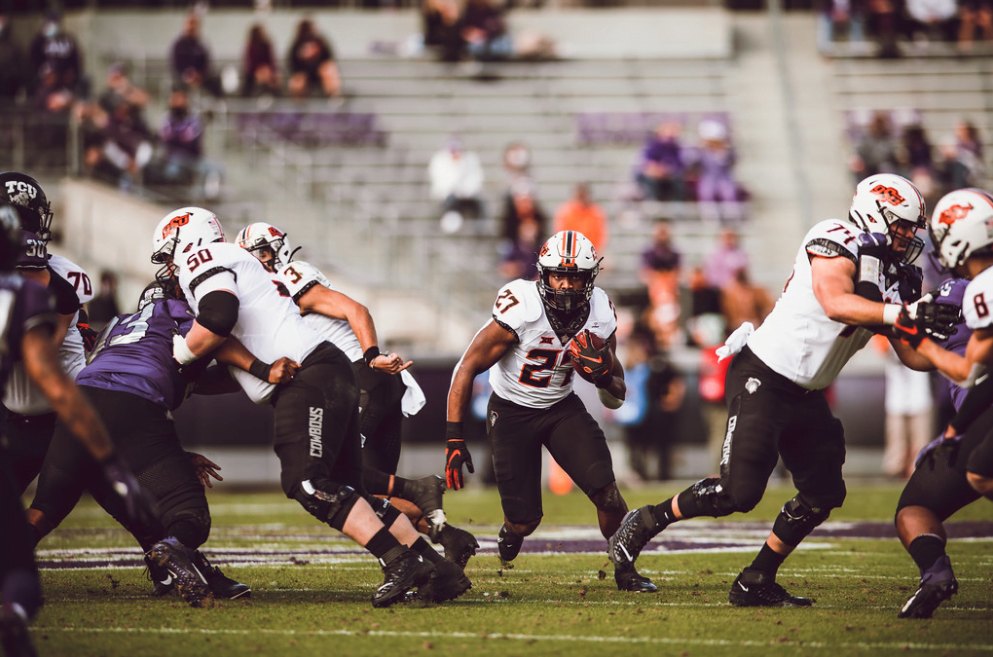 Questions have been looming over OSU’s season finale at Baylor since the host team shut down football operations due to COVID concerns on Thursday.

So we thought we should get our picks in now while there still is a game to be picked in Waco on Saturday.

Oklahoma State wins if the Pokes force five turnovers it can pass for 200-plus yards. Oddly feel confident about the state of the running game right now despite the OL being a patchwork, but the key to unlocking this offense — especially on the road — is for Spencer to get some confidence throwing the ball.

The player who will have the biggest impact in the game will be Tre Sterling. He’s been a rockstar over the last month on the back end of OSU’s defense and he has the big-play ability to change the game on that end of the ball. (See: Texas Tech game.)

An off-the-radar player pick on who could come up big is Brennan Presley. He feels due. OSU right now is playing for bowl positioning and pride, so why not feature the rookie? He’s had some impressive moments here and there, but I’d like to see — and it’s possible we will see — him more involved in the regular-season finale.

Oklahoma State wins if the offenses show up. It’s unclear exactly which of its playmakers are going to be available for this game. Whoever does plays needs to

The player who will have the biggest impact in the game will be Dezmon Jackson. The O-line will have plenty to say about it too but you asked for one player. Baylor’s defense was able to bottle of Oklahoma’s offense a week ago, holding the Sooners to their lowest yards per play (4.6) in half a decade. If OSU is going to avoid back-to-back disappointing losses to end the season, the Cowboys will need to be able to move the ball on the ground — something they didn’t do too well in the second half against TCU.

An off-the-radar player pick on who could come up big is Braydon Johnson. With the possibility that we don’t see Tylan Wallace this Saturday, OSU needs someone to stretch the field and keep Baylor honest (Tylan’s absence late against TCU correlated with the worst of OSU’s offense) and the coaching staff might as well see if Johnson’s got the goods to be a No. 1 receiver because he’s likely its best option come 2021.

The player who will have the biggest impact in the game will be Spencer Sanders one way or the other. With Tylan Wallace’s and Chuba Hubbard’s statuses in question, Sanders is going to have to find a way to grind one out.

An off-the-radar player pick on who could come up big is Tay Martin. Martin had just his second multi-catch game of the season against TCU last weekend, and his 26 receiving yards were a season-high. Perhaps his role in the offense is becoming more defined.