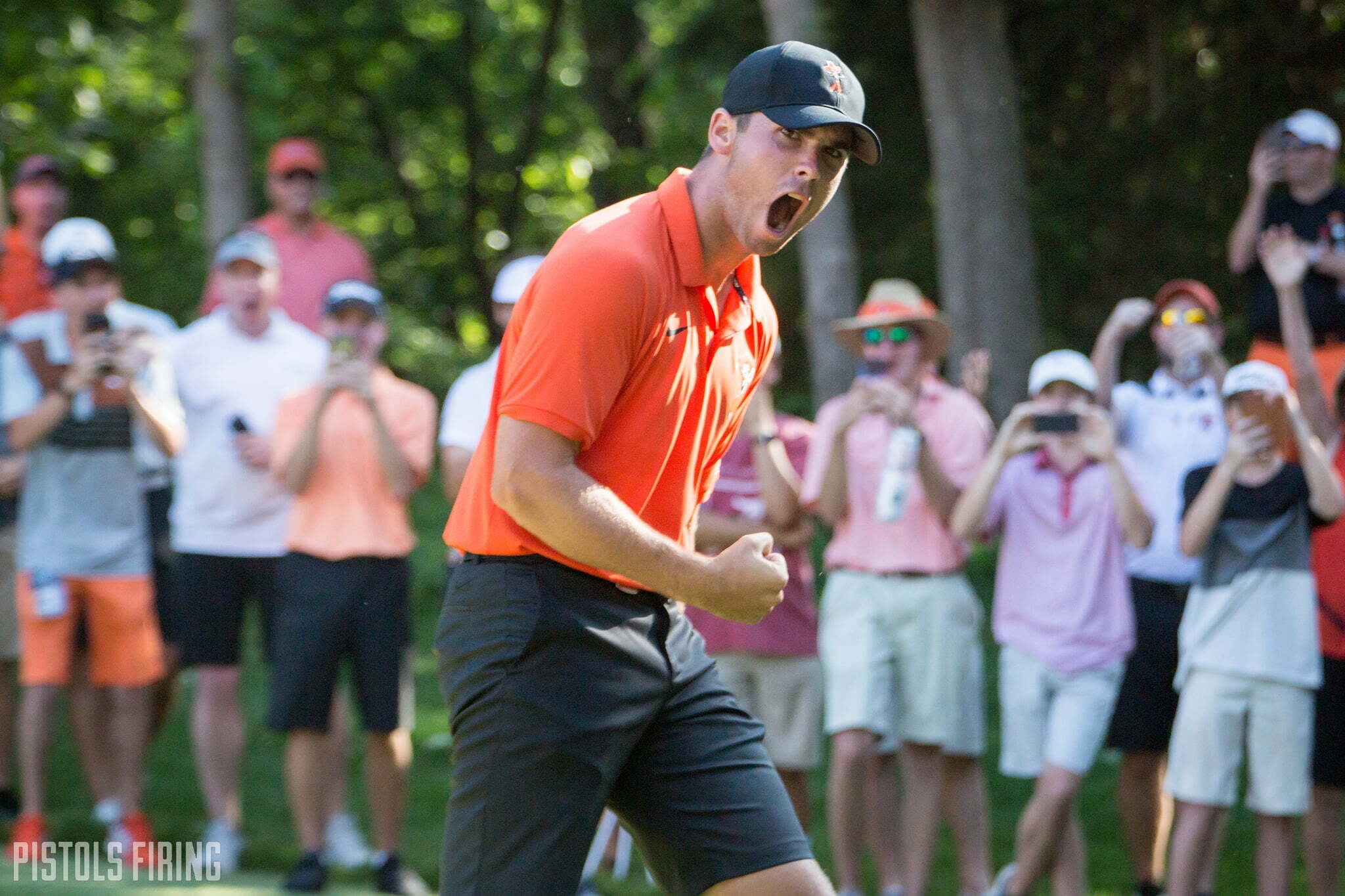 The new year is upon us and Monday’s New Year’s Eve will not only serve as a punctuation for 2018, it will turn the page on a pretty bizarre football season and interesting year for Oklahoma State overall.

So before we all sing Auld Lang Syne and make a bunch of resolutions we won’t keep, here’s a look at some PFB’s favorite OSU moments from 2018.

My favorite moment from 2018 was Matthew Wolff sinking the dagger against Alabama and everyone around green at the 16th hole at Karsten absolutely losing it. Wolff got mobbed, OSU had its 11th golf title and Mike Holder had himself another banner. It was surreal to watch Holder watch it all unfold, and I was stunned at the electricity and emotion that emanated from that course on that day. It was my first of OSU’s 52 titles to attend in person, and it was a far more spectacular experience than I could have imagined.

OSU taking down Texas in Stillwater. ​After two consecutive losses and three of four overall, Oklahoma State stunned everyone by putting its 31-12 dud of a loss to K State two weeks prior by dispatching the Longhorns in homecoming. It was classic Gundy-off-a-bye. And better yet: Gundy delivered with a signature endgame sequence that saw him get Tom Herman his panties in a massive wad. The whole game, and especially that Hermy meltdown, was the most memorable of the season bar none for me.

I’ll go with another home upset by Mike Gundy’s team. One week after a heart-breaker in Norman, the Cowboys looked readt to revert to their sporadic ways when they entered halftime down 31-14.

But the defense would play one hell of a second half and OSU’s playmakers would make plays. Will Grier’s Heisman hopes and West Virginia’s hopes of making the playoff both are still dried up in the corner of BPS, and Gundy ended it like so many big games in the past.

For the record, the postgame dance can get a little tired when you do it all the time, but his team needed it this year after this game. I was all for it. Let’s hope we get tired them again in 2019.

My favorite OSU moment of 2018 came all the way back in January. It was when Mitchell Solomon plunged to Eddie Sutton Court as Trae Young idly watched. It was a season turning moment for last year’s OSU basketball team, but it was also deeper than that.
It was the University of Oklahoma, who has all the talent and all the resources to be great, and it was Oklahoma State University, who has admirable talent and resources, but to go to higher places it took a little extra.

Young had an incredible season and is now making a lot of money playing ball, but on that day it will forever be Solomon who did everything it took and got the better of him. In any other spot in the space-time continuum would Solomon skidding across the white maple been called a travel? Probably, but in that precise moment Mitchell Solomon was a better basketball player than Trae Young, and that’s pretty cool. 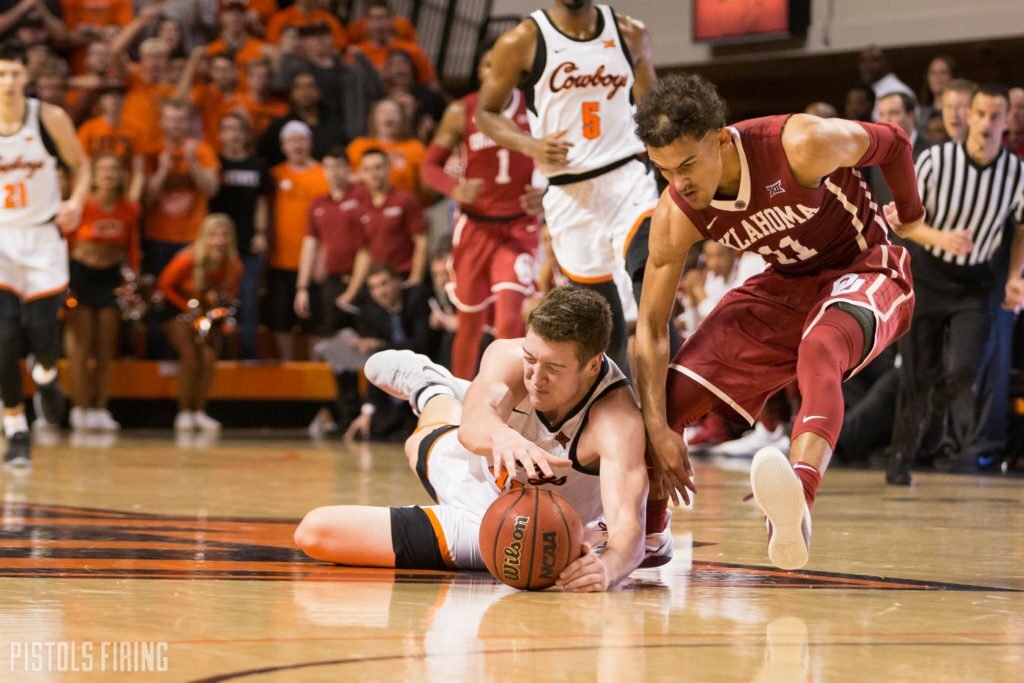 For me the best moment of 2018 was when Daniel Cormier knocked out Stipe Miocicic and became both the UFC light heavyweight and heavyweight champion. Even with Jon Jones’ repeated failed drug tests, and other issues there has been a bit of a cloud over Cormier’s legacy due to his fights with Jones. His win over Miocic shifted a lot of those opinions on Cormier and ultimately his legacy will wind up as one of the greatest ever, in large part due to him jumping up a weight and knocking out Stipe Miocic.

Oklahoma State beat Texas to cap off an incredible homecoming weekend. The 4th and 2 sideline jump ball toss to Tylan Wallace at the end of the first half summed up the entire affair. It was four hours of bliss, concluding with Gundy throwing up his arms in “Are you not entertained?” fashion. That was the only game I was able to witness live in 2018, and as “Friends in Low Places” blared and smiling fans exited the stadium, I knew it was a moment in 2018 I’d need to hang on to.

The one memory that sticks out is the Cowboys’ seven-play, 75-yard drive to take the lead over West Virginia on Senior Night. Could the scenario be any more perfect? The atmosphere was already electric, but the forced incompletion in the end zone to seal the win was the perfect conclusion. I was on the roof for that game and, for me, it was a perfect way to end my final home game of my senior year.