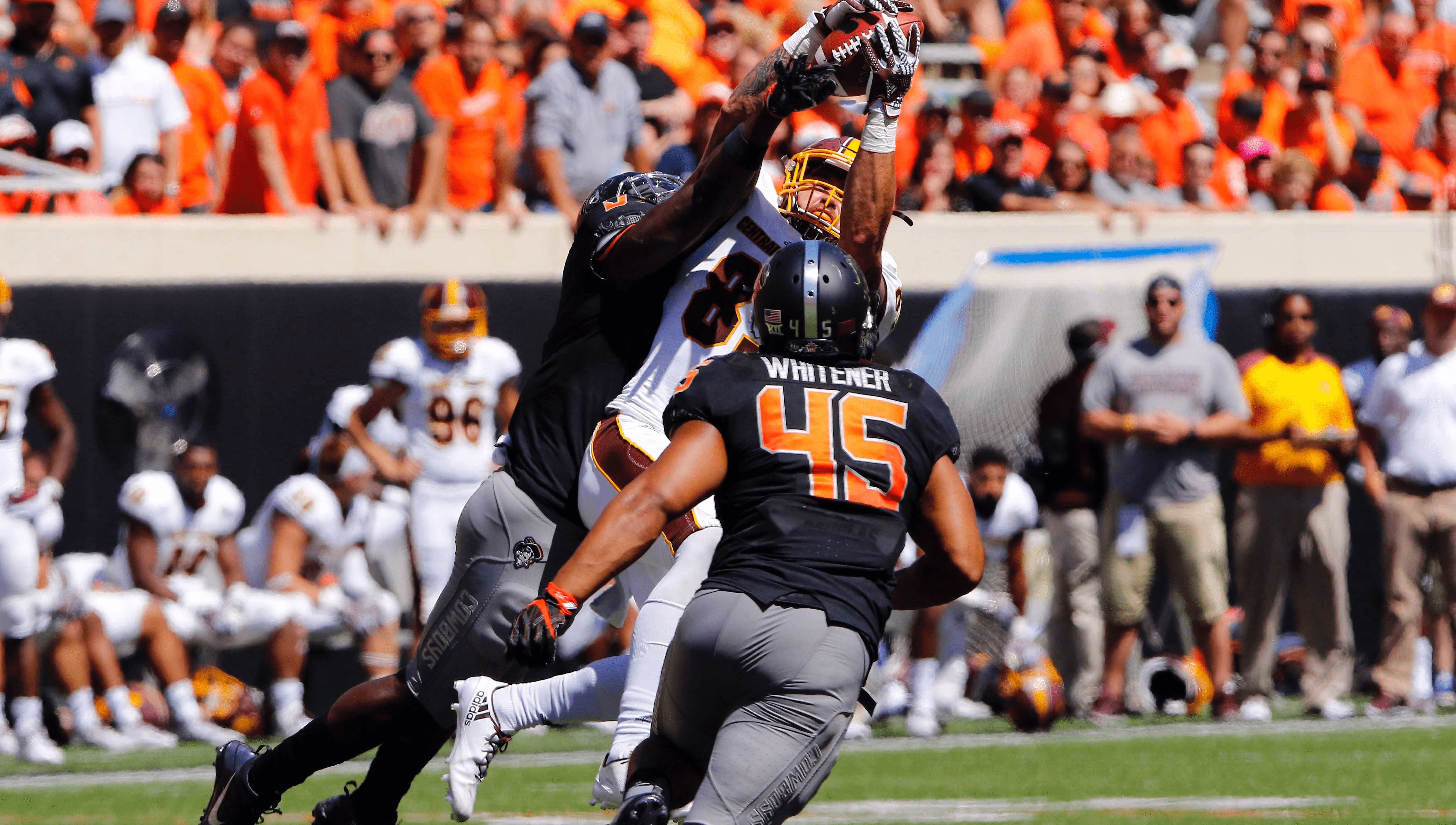 I started breaking down each quarter of PFB at the end of December, but at some point I thought it might be easier just to drop in our 10 most-visited blog posts of the last calendar year. Here they are.

1. MAC official admits error. Of course. What else was it going to be?

2. Officials from CMU game suspended. Of course. What else was it going to be?

3. Tyreek Hill runs blazing 40-yard dash. This one surprised me. But every Sunday, several thousand people would Google “Tyreek Hill 40,” and that’s what came up.

4. Joe Mixon punch as bad as expected. We are four for four so far on posts that have nothing to do with on-the-field Oklahoma State athletics.

7. Barry J. Sanders transfers to OSU. I’m going to miss Barry. He was a terrific driver of traffic.

8. Mike Gundy meeting with Baylor. I was in the hospital room for the birth of our son for this one.

9. Travis Ford fired by OSU. Had this baby saved in the drafts for five years. (Not really).

10. Barry Sanders visits OSU’s locker room after his son put on a show. Like I said above, you guys love yourselves some Barry.

So literally nothing that had to do with anything that actually happened on the field (sad!). But for real, thank you for making PFB into what it is.

All told, we had over 10.5 million pageviews from over 1 million visitors. We were able to hire on several writers (very) part-time. Our podcast was listened to over 100,000 times. It was a great year.

And I personally hope 2017 blows it out of the water.

We have a lot planned for the next 12 months including a re-launched store with lots of hard goods (shout out to Tiger), better social media distribution, an opportunity for you guys to support the blog financially (“opportunity”), and more original reporting and writing from (hopefully) more voices.

My commitment to you has always been to help build PFB into the best independent coverage of Oklahoma State athletics you can possibly find. Are we there yet? I have no idea, but I love our people, and I love our trajectory. I love the foundation and the process of improving it. I think we are an Every. Day. Blog.

I’d also love it if another of Barry Sanders’ kids played sports in Stillwater.