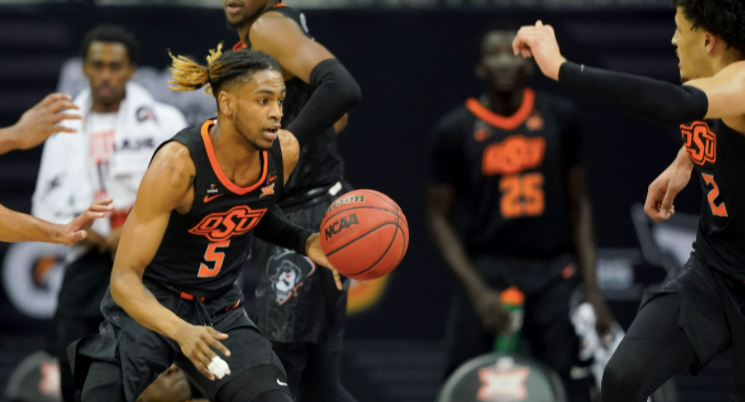 That means its First Round NCAA Tournament matchup will go down Friday as the Cowboys faces 13-seed Liberty.

Here is what you need to know beforehand to tune in, including picks from the PFB team.

Marshall Scott: This is a fun matchup of styles. Liberty likes to play slow, OSU likes to play quickly. OSU has primarily played a 2-3 zone defense this year, and Liberty shoots the 3 well. Meanwhile, Liberty plays a Virginia-esque pack line defense daring teams to shoot over it, and the Pokes aren’t a particularly good 3-point shootings team.

With that said, I think OSU’s length and athleticism forces the pace of play to a speed Liberty can’t keep up with, but as all OSU games have been, it’ll still be close-ish.

Kyle Boone: This will not be an easy one for Oklahoma State. It has the best player, far more length, a decent size advantage and enough skill in Cade’s left arm to outdo all of Liberty’s roster. But Liberty is a methodical, grind-it-out team that knows its identity: It shoots 3s at an elite level and grinds games to a halt. If they are able to play their style and assert themselves, OSU could be in for a war.

Kyle Cox: I think this one comes down to the Cowboys imposing their will on the Flames. Liberty doesn’t like to run and doesn’t turn it over that much, but they also aren’t accustomed to the likes (and lengths) of Rondel Walker and Avery Anderson tipping and diving on loose balls at midcourt. If the Pokes can fan the Flames, and get out in transition, I think they cover.