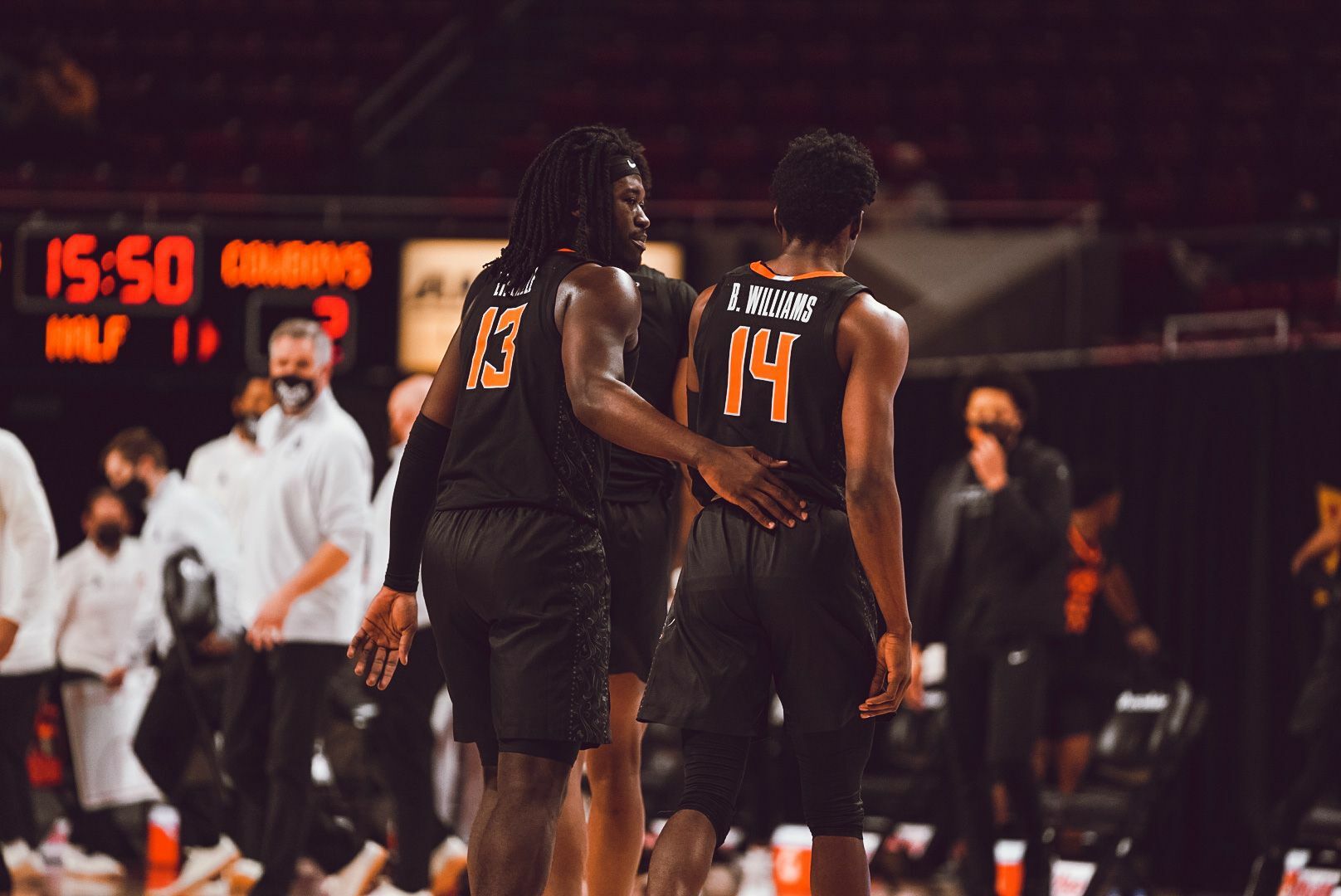 Don’t look now, but Oklahoma State is heating up in league play as March fast approaches.

The Cowboys won two-straight — including four of their last five — and enters Wednesday night’s road tilt against TCU with a chance to extend that streak. Doing so would equal OSU’s longest in-conference winning streak since the end of last season and only the second such three-game winning streak in league play ever under Mike Boynton.

It will not come easy. TCU bested Oklahoma State the last time these two teams met in December, 77-76, and that was inside GIA. Now, this one comes on TCU’s floor as TCU looks to snap its five-game losing skid.

Marshall Scott: That spread is an interesting one for me. Although I do think OSU is the better team, the Cowboys seem to enjoy playing in close games. OSU probably should’ve won against TCU in Stillwater by double digits before that 9-0 TCU run took the game away. The Cowboys are getting better by the game as this young group continues to mesh. I’ll say this one ends close, but OSU will, for the most part, be in control the entire time.
Prediction: Oklahoma State 77, TCU 74

Kyle Boone: Last time OSU and TCU met, OSU had game in hand. It led 76-68 with 2:06 to play, Cade was drilling jumpers, and the team was coming up with clutch free throws. Until it wasn’t. TCU from there reeled off a 9-0 run to end the game and win in dramatic fashion. I suspect OSU remembers that quite well. So I’m gonna take OSU to dole out some revenge on the road here in a close one. This is a tough spot — on the road against a desperate TCU team clawing through a losing streak — but it’s one a tourney team like OSU should be able to pull out.
Prediction: Oklahoma State 70, TCU 69

• Location: Ed and Rae Schollmaier Arena in Fort Worth, Texas