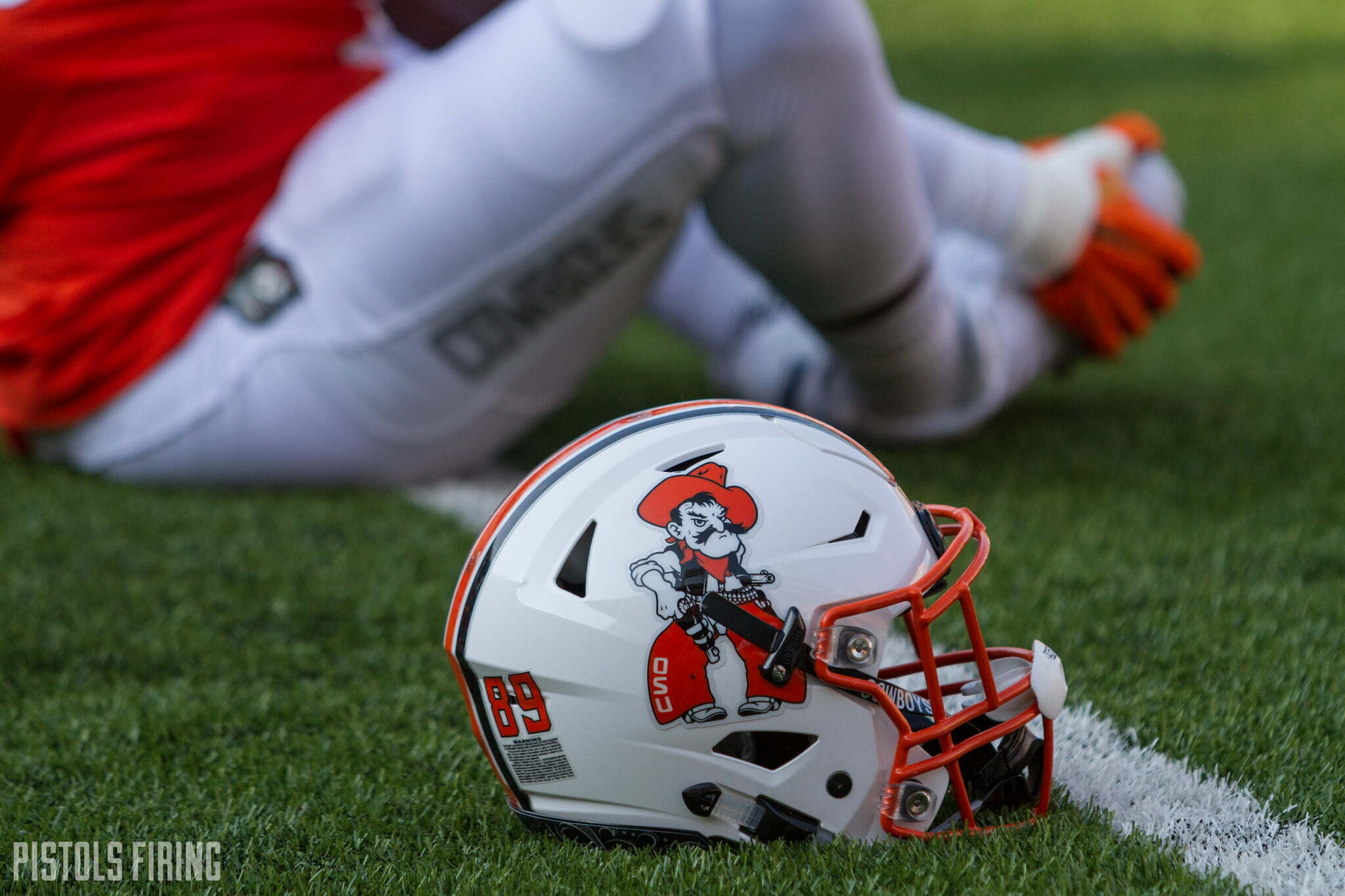 Much has been said and discussed when it comes to Oklahoma State’s new defensive coordinator hire, Jim Knowles. I was uninspired (which many drunk on orange kool-aid in late January found great glee in roasting me for), but Steven Mandeville dropped six reasons you should be buying stock. I thought that was a good, thoughtful counter to my position.

I know this is shocking to some, but I delight in the spirit of disagreement when it comes to matters like this. As a society (not to go full Gundy on you), we have lost the ability to communicate differences in a way that is both enjoyable and beneficial. Here’s Bret Stephens of the Failing New York Times on this very thing.

In other words, to disagree well you must first understand well. You have to read deeply, listen carefully, watch closely. You need to grant your adversary moral respect; give him the intellectual benefit of doubt; have sympathy for his motives and participate empathically with his line of reasoning. And you need to allow for the possibility that you might yet be persuaded of what he has to say. [New York Times]

Can I get an amen?

Here are some final notes and thoughts that have been percolating after this week’s hire by Mike Gundy.

• You can frame it how you want, but the fact that Knowles got a four-star defender to Duke (DUKE! FOOTBALL, NOT BASKETBALL!) in 2015, 2016, 2017 and 2018 makes my knees weak. Here are all the four-star defenders OSU has gotten since 2011: Darrion Daniels, Justin Gilbert, Gyasi Akem, Naim Mustafa (who lasted one semester). So Duke has more four-star defenders in the last four years than OSU has since it won a Big 12 title in 2011. That’s not nothing.

• Knowles got better over time at Duke. That’s important, and it’s worth noting that Duke is not exactly USC when it comes to national reputation or history on the defensive (or any) side of the ball. Look at Knowles’ PPD numbers from when he took over in 2010 until last year’s top-25 performance. Spencer’s overall numbers are better, but he was also buoyed by the best defensive season in OSU history (2013). Knowles’ defenses were better in three of the last four years. 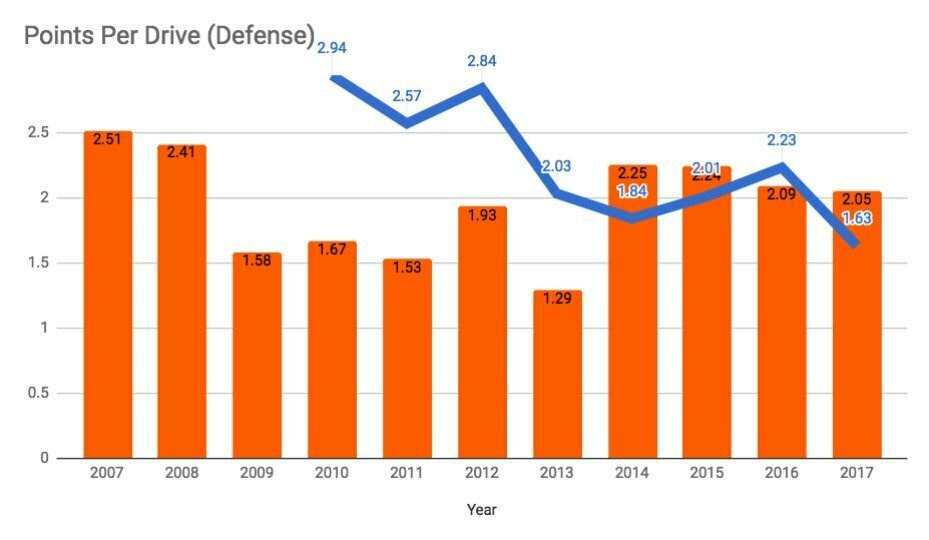 • One thing that worries me is that Knowles doesn’t have experience in facing Big 12 offenses. Holding Pitt and NC State to 20 points is one thing. Holding West Virginia, OU and TCU to 25 or 30 is an entirely other thing.

• I have said this two other places, but there is an important distinction between analyzing this as a good or bad hire and predicting future results. Mike Boynton, to me, was a bad hire, but he might be a good coach.

I know Knowles went to Cornell so I apologize for turning to Harvard Business Review, but let’s do that here on making good decisions.

This begs the obvious question of how you determine whether a choice was good or bad.

So how do you make a good decision? Well first, Howard says, you make sure you’re framing it correctly. Otherwise you risk getting “the right answer to the wrong question.” After that it’s a matter of characterizing the alternatives, assessing the available information — which is expressed in terms of probabilities even if you don’t know what the exact odds are (“the whole idea of probability is to be able to describe by numbers your ignorance,” Howard says) — and expressing your preferences. [Harvard Business Review]

I’m not sure that I’ve even said this was explicitly a bad hire, only that it was uninspiring. I’m not sure of the argument against that. I think there are plenty of other coaches out there that Gundy could have tossed a bunch of money at (money that seems to be at his disposal now) and really made hay with. Somebody who wouldn’t have been lumped in a Monday evening tweet with a bunch of other offensive and defensive analysts.

Again, based on the information I have (which is far inferior to what Gundy has, obviously), I thought it was uninspiring and does not scream “Big 12 title!” That’s it.

• All that being said, the hire does kind of make sense based on what Gundy’s preferences are. A 52-year-old who has been at either Duke or Cornell for the last decade is probably not going to use Stillwater as a launching pad. He’s economical (I doubt Duke was paying him more than $500,000 a year, if that), and he runs a 4-2-5, which Gundy has an affinity for. Based on these parameters, I understand why Gundy did what he did.

• Carson’s theory that Gundy hit up David Cutcliffe at their mega-cast during the national championship game had me rolling. There’s like an 80 percent chance that this actually did happen. You can listen at 15:00 below. It’s so good.

• Experience is a good thing. Pokelahoma pointed this out at some point, and I thought it was smart. We’ve (I’ve) been clamoring for a guy (Chad Glasgow) who had one atrocious year at Texas Tech on his own away from Gary Patterson as their DC before going back to TCU. We shouldn’t write that off without properly (or at least fairly) evaluating the numbers from other candidates, like Knowles. You know better what you’re getting with him based on his time at Duke (this speaks to properly evaluating the odds) than you do with somebody like Glasgow. Risk-mitigation.

• Regarding my “making a splash hire” above. That might legitimately be an impossibility at OSU in today’s Big 12 barring money that Mike Holder refuses to spend. Like, Gundy might have wanted five other defensive coordinators before Knowles, but they would have had to pay $1.3 million a year for them. And Holder said “no” in .0000000038 seconds.

• A splashy hire like Dana might also be gone in two years, which we know Gundy hates.

• One of my (many) flaws in running this site is that I get very caught up in pure numbers and forget that decisions are made for myriad reasons. Gundy might have had a list of 40 things he wants in a DC, and points per drive might be 23rd on that list. I don’t know. But there is certainly a more holistic approach than I often take. Evidence of that can be seen in what Ian Boyd and Bill Connelly pointed out to me yesterday.

• Above all, I do still love the victory cigar from Knowles. It slides in nicely to replace the bucket of fried chicken Spencer used to light up following Big Daddy™ Ws in BPS.

A victory cigar with the NYPD… It doesn't get any better than this! pic.twitter.com/PMpQqVxIdH