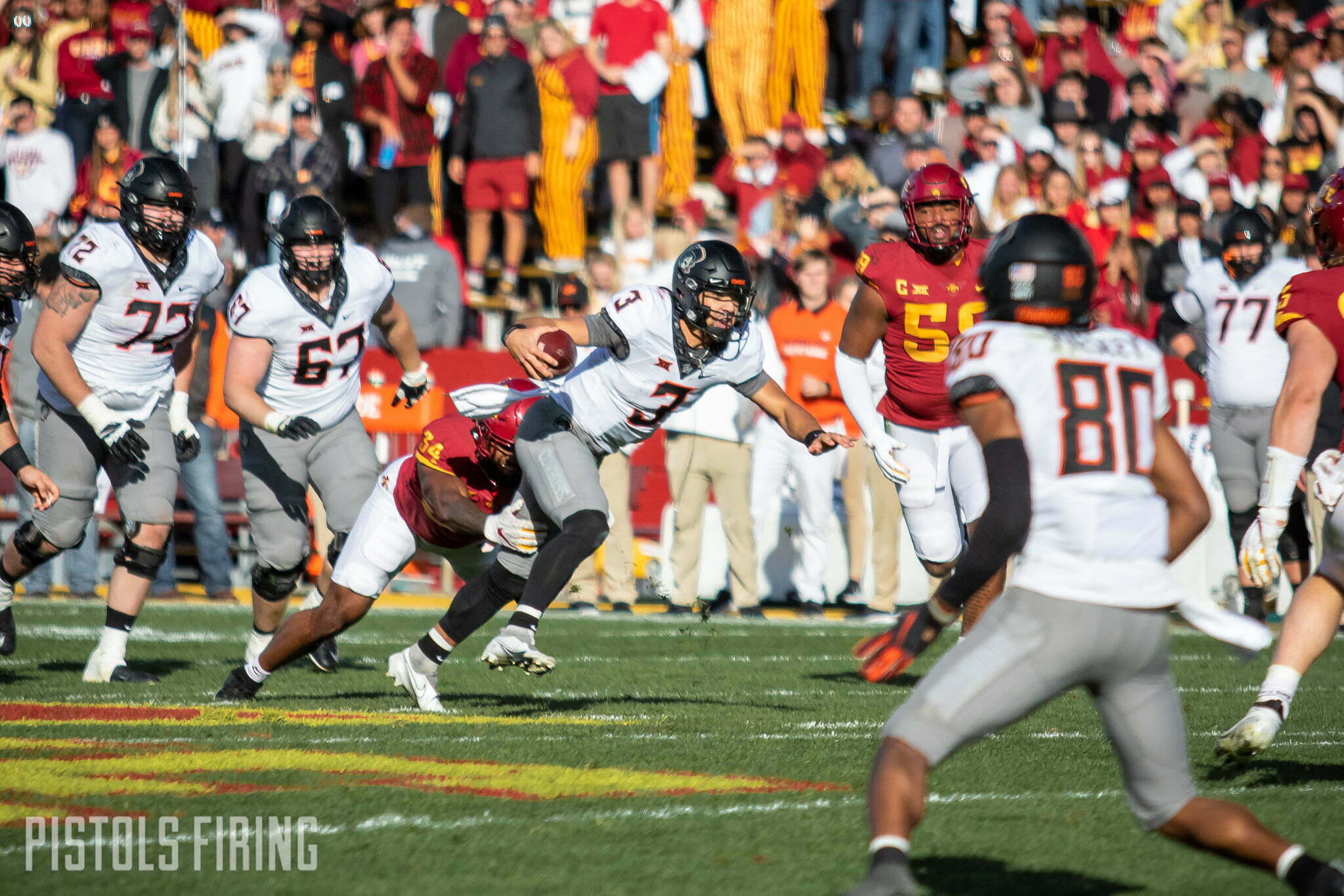 The first loss of the season came Saturday on the road against Iowa State, but should it change expectations about the potential of this OSU team?

Methinks not. To quote the second best basketball player of all-time: “The ceiling is the roof.” That’s still how I view the Cowboys moving forward. The schedule is tough, but the opponents — outside of Bedlam — make this a closing stretch where they feasibly could win out. And, frankly, the Iowa State game was a coin flip that could’ve gone either way — so I’m not prepared to overreact too much.

That said, after the loss is a good time to hit the reset on the expectations moving forward for the rest of the regular season. Here’s how I’d handicap it and what I’m expecting.

Kansas played OU a close game last weekend in Lawrence. And OSU hasn’t exactly cruised against inferior opponents this season — even if being favored by double digits. That said, this is homecoming weekend for the Pokes and they are favored by 28 points. Chalking this one up to a dub.

West Virginia is having a very OK year with close losses to OU and Texas Tech and wins over TCU and Virginia Tech. But I have no illusions about the talent disparity. OSU is the better football team. Even in what I presume will be a raucous road environment the Pokes will get this one done as they always do: by a single possession that goes down to the final horn. How else?

TCU is quietly not having a great season. It is 3-4 on the year four losses in its last five games and an upcoming gauntlet that features tilts against Kansas State and Baylor before the OSU showdown. It could be really hobbling here with little to play for. That should play into OSU’s favor as it stays in the hunt for the Big 12 title so I like OSU here in what’s likely to be, like, a 20-17 final. All the defense!

Texas Tech just fired its head coach, Matt Wells, after opening the season 5-3. So despite appearances, things don’t seem to be going too well in Lubbock. The Red Raiders are 0-2 at home on the season and just blew a 14-point second half lead to Kansas State that preceded Wells’ ouster. They’ll likely be a double-digit dog in this one — and I’d take the Pokes by double digits in this one.

This is one of the weirdest — and maybe one of the worst? — 8-0 teams I’ve seen play in awhile. My OU friend who shall remain nameless put it more blunt to me in a text this week: “OU just isn’t good.” My eyes tend to agree with him. Caleb Williams is a special talent but this OU offense really isn’t as explosive as previous iterations. OU will be a favorite here — and perhaps by a comfortable margin — but I’d take OSU to win at home with the way its defense has played this season.