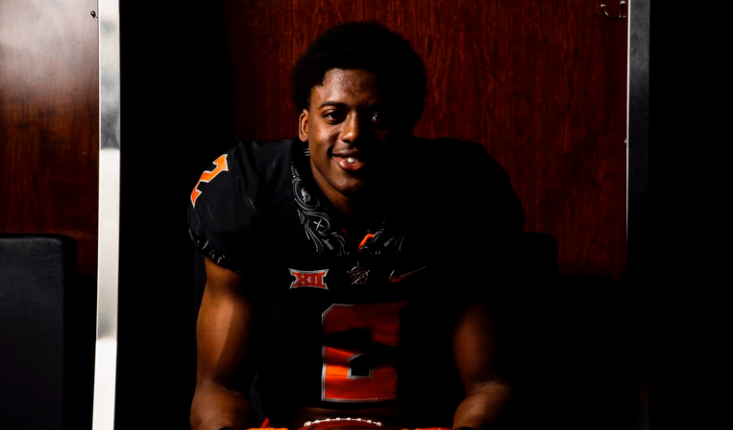 The groundwork has been laid for Oklahoma State to start reaping the benefits in the 2021 recruiting class. Dozens of offers have been handed out, relationships have long been formed and now it’s time for prospects to initiate their decision-making processes.

Each year, Oklahoma State’s process to build a class typically happens in the spring and rolls over into the summer. So as the weather heats up, the evaluation period nears and spring football starts in earnest, expect some recruits to eye decisions as the class grows from one commitment to a healthy half-dozen or so. Here’s who should be on OSU’s radar.

The last name is a common one, but it should be a familiar one for OSU fans: he’s the son of former OSU All-American Mark Moore. The younger Moore was offered by the Pokes back in November and has since garnered offers from Florida State, Tennessee, Ole Miss and Arkansas. OSU should be in a decent spot here given its familial ties and its regional ties: he currently attends Independence Community College in Kansas.

An in-state recruit from Edmond Santa Fe, Oliver has also seen his recruitment take off since OSU offered, with offers from Tennessee, Boise State, Ole Miss, TCU and Utah coming his way in recent months. The Pokes were first to offer him a scholarship last May, and he’s stayed in constant contact with the staff, making an unofficial visit as recently as January.

“I’m their top guy in Oklahoma,” Oliver told PFB of OSU’s recruiting pitch to him, noting that OSU is “easily” in his top 3. “They think I have the talent to make an impact early.”

OSU should be in the market for two running backs in the 2021 cycle, and Dunlap’s 6-foot, 200-pound frame fits what it may have missed on with now-departed Jahmyl Jeter. He’s a physical runner with speed who can punish opposing defenders and provide a physical style of play that could make him an every-down back in the Big 12.

Stephens hails from talent-rich John Marshall in OKC and has already netted himself more than one dozen high major offers. Among them: Arizona State, Arkansas, Iowa State, Colorado and Oklahoma State.