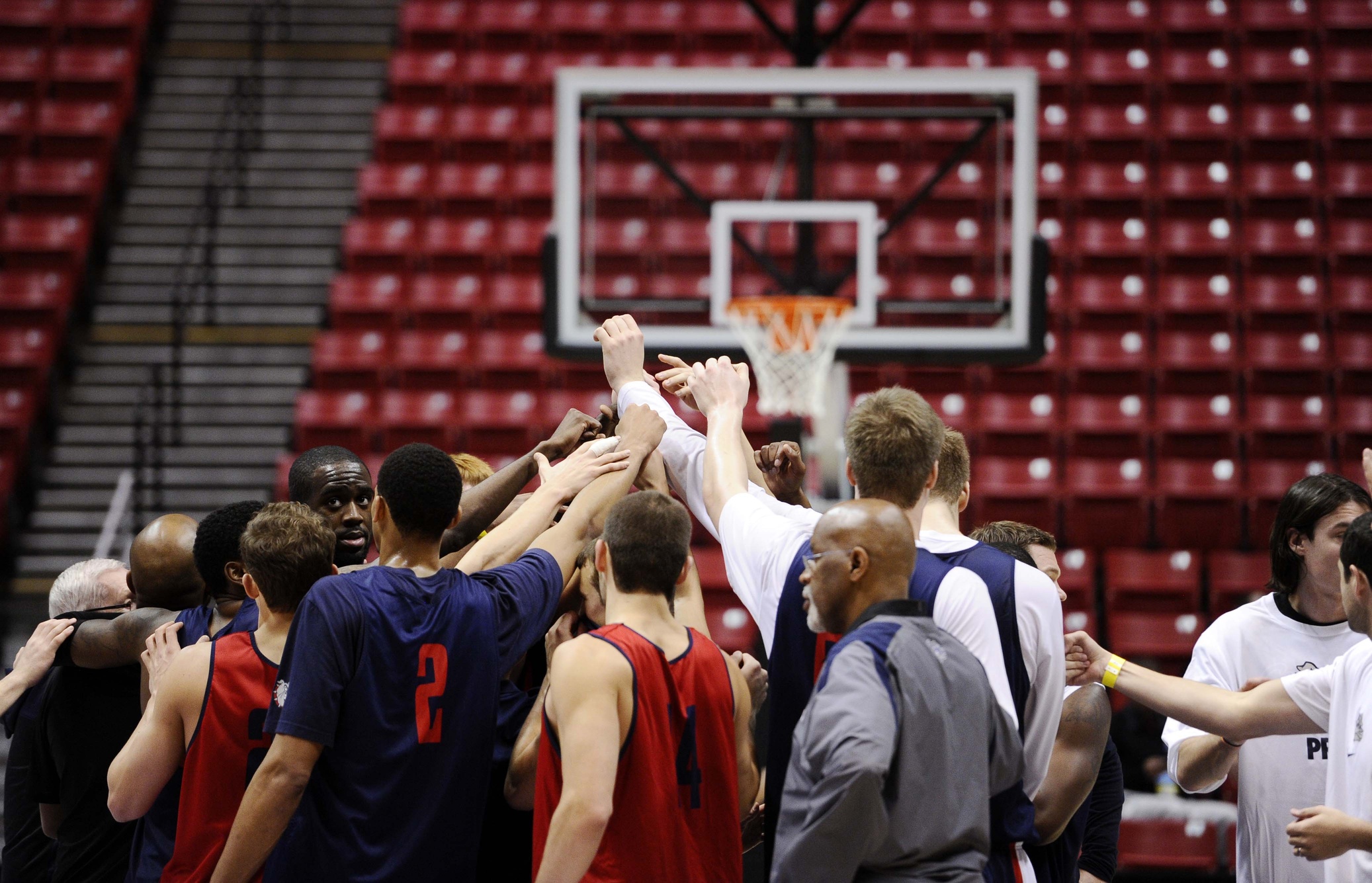 I’ll be honest. I was a little anxious about writing previews for NCAA tournament games. What if I didn’t know anything about the opponent? What if I had no ill-will towards them?

Then the Cowboys drew Gonzaga in their opening game.

Plus, we all know that a lack of in-depth knowledge has never hindered these previews before.

Gonzaga and OSU have a rich, recent history. Outside of conference and regional rivalries, the Bulldogs join Memphis, Tennessee, Pittsburgh and probably another team I’m forgetting as teams that have the opposite of endeared themselves to Cowboy fans.

The hate all starts with one name: Adam Morrison.

The wispy mustache, the bank shot, claiming the bank shot was on purpose, there are a number of identifiable reasons why Morrison is just the absolute worst. If he had resided in Norman, I’m genuinely concerned that at least one OSU fan would be in prison to this day for malicious actions directed towards him. (That fan would be me, to be clear)

While no player has, or could, come close to the level of dislikability that Morrison achieved, Gonzaga has remained worthy of ire. They’re 5-0 all-time against O-State. That’s infuriating enough but they haven’t even had the decency to make those games blow-outs so I can grieve in-game and go on to something else. Instead, they’ve allowed the Pokes to get their hopes up and then steal it in the end.

Since Patchy Adam had a prayer answered by the Glass Gods, the Zags have consistently drilled big shots in big moments to break orange hearts across the heartland. Last year, on New Year’s Eve, Gary Bell crushed the dreams of GIA’s inhabitants with a late three and Gonzaga rolled on to a number one seed.

Back in the days of Dan Dickau, the Bulldogs were a Cinderella. A perceived perennial underdog making noise in the Big Dance, we cheered them but we didn’t know what we were encouraging.

Now, they’re a non-mid-major from a mid-major conference regularly challenging themselves with the likes of Portland, Pepperdine, San Francisco and Pacific. Just imagine Oklahoma State as a member of the OSSAA and you’ll get the idea.

Admittedly, head coach Mark Few has regularly taken on all who are willing in his non-conference schedule and is one of the few coaches of top-tier programs willing to visit GIA. But, it’s easy to embrace the challenge of competing against the nation’s elite when you have a 2-month long conference tickle fight awaiting you.

Do you remember Gonzaga’s season last year? Or the year before? Or the one from 2004? Or 2001? If you remember even one season in the last 15 or so, then you know how their season went this time out.

Since coach Dan Monson kickstarted the program in 1997, every campaign has featured an ambitious out of conference schedule with a couple of marquee wins and a handful of losses followed by a romp through the conference schedule and conference tournament. Romp, skip, frolick, take your pick.

Despite their standing reservation in March Madness, only the 04-05 squad managed a winning record against the top 25 since that ‘97 season. That team featured Morrison, JP Bautista and Ronny Turiaf and ended their season in the second round of the tourney when they were upset by Texas Tech.

This year’s edition doesn’t feature the same star power and has played one lonesome game against the top 25, a loss to Memphis. That will happen.

They went 2-1 against fellow tournament team BYU and also beat New Mexico State. Dayton and Kansas State beat them, however.

Oddly, their biggest win is probably a triumph in Morgantown against West Virginia, which is also the site of OSU’s biggest road win of the year. It’s also the site where most of the country’s jokes about relatives dating are made.

Their six losses have all come away from the Kennel, which coincidentally is where their next game takes place.

Your first priority before the game starts should be to bone up on jokes about Poland because the Zags start 7’1” Pole (*dirty) Przemek Karnowski. I’d be interested to know how everyone pronounces that when they read this because to type it I just smashed the keyboard with my face. You’ll feel like doing that too after he pulls down his 15th offensive rebound.

Senior forward Sam Dower is the top offensive threat after biding his time for four years behind other talented frontcourt players. He’s proof that good things come to those who wait, and the exception that proves that rule is me continuing to wait fruitlessly for Kyle to invite me to that NCAA player draft thing. No one even took Lawrence Alexander SMDH. Guess he won’t get invited to the beer and puppy draft Aaron Schnautz and I are holding.

Don’t forget about Canadian import Kevin Pangos, who buried four threes last season against the Cowboys. I know next to nothing about him so I’ll just assume he’s overly polite, gets distracted by Tim Hortons and incredibly upset when you call hockey “ice lacrosse”.

(If the band chanted “ice lacrosse” at Pangos when he took free throws I’d probably die. So, technically, it’d be granting a dying boy’s wish.)

The Bulldogs feature talented bigs. Just as important, they feature legitimately big bigs. They’re 15th in the country in total defensive rebounds, but that success doesn’t carry over to the offensive end. They average just over 9 offensive boards per game, which is outside the top 200 teams in America.

That’s certainly good news for an OSU group that allows more than 11 second chances per game.

The bad news is that part of that lack of offensive rebounding is that there aren’t many shots coming off to be rebounded. What the Zags take, they tend to make. They rank 5th in the country in total field goal percentage.

They make a high percentage of their 3-point attempts also, nearly 40-percent to be exact. They only have four capable shooters from distance, but three of those are shooting better than 41-percent from beyond the arc with one, Drew Barham, hitting nearly 47-percent of his long range attempts.

Let’s cut the suspense. I picked OSU in every one of the brackets I filled out. Depending on the outcome of the game, I maybe should’ve written this article before picking this game.

You see, I was feeling much more confident before I started researching Gonzaga.[1. By researching I, of course, mean thinking of ways to make fun of them.]

There’s plenty to like about what the Cowboys bring to the floor also and I’d imagine there are plenty of Gonzaga fans wondering how their team can possibly match-up with some of the weapons in orange and black.

I’m going to stand by my brackets and take the good guys here too. It’s going to take a special effort, however. I think it’ll be a long afternoon for Le’Bryan Nash, which means Brown and Forte need to be on from the jump.

I know Travis Ford will bring his best pre-game speech out for this one. The one he’s been saving all season. It includes this line:

“Let’s do this for the guy who writes previews on PFB, otherwise we won’t ever know what’s wrong with Arizona.”