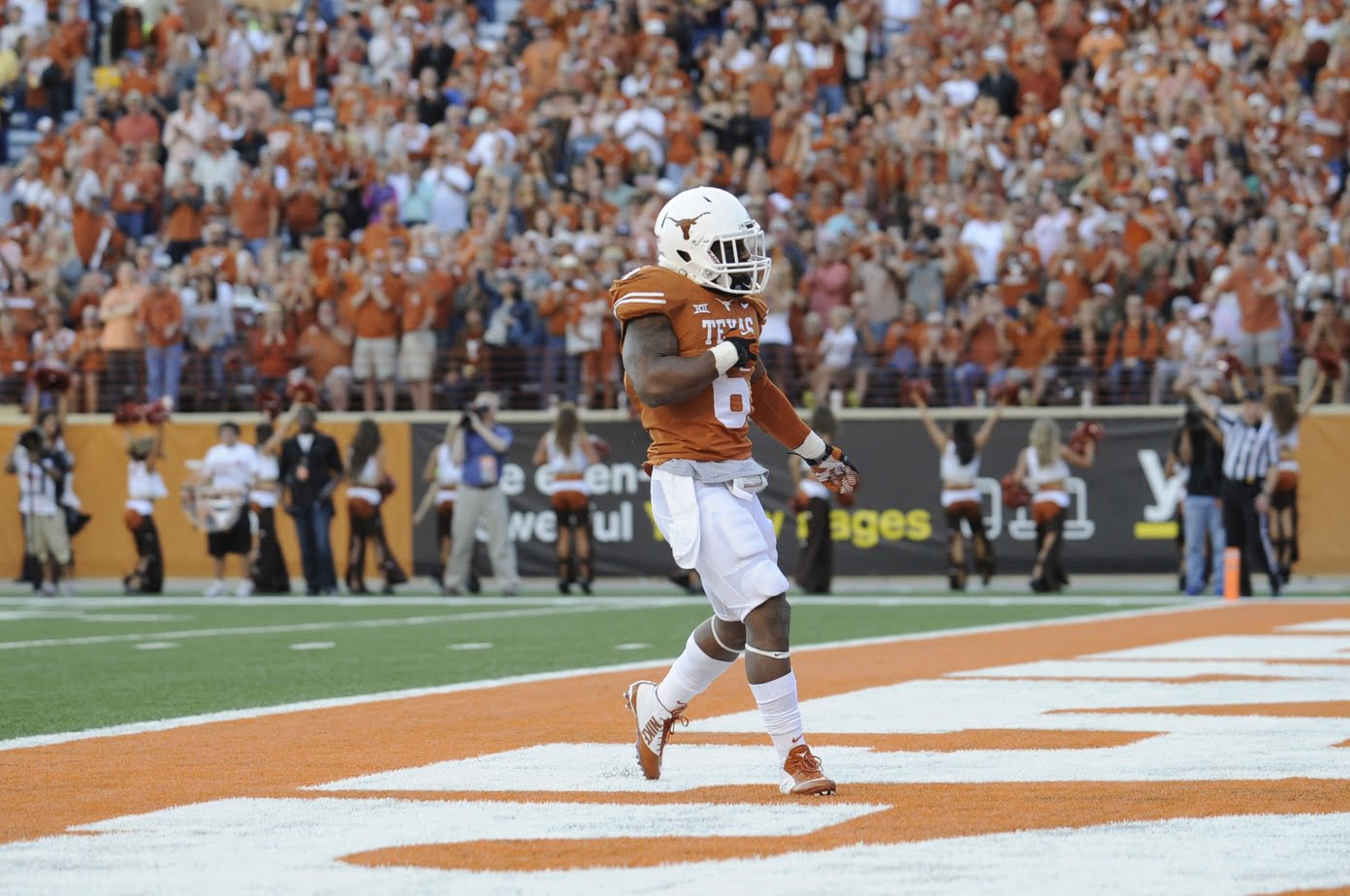 You’d think Texas would be more likable. They hate OU soooo much, but it turns out the enemy of my enemy is just another enemy.

Do you know the last time before this season that UT was never ranked in the top 15 at any point in the season? 1993. And they’ve been terrible at least 8 times in that span. Meanwhile, OSU couldn’t even get into the top 15 a season after they won the Fiesta Bowl.

In the past four seasons, the Longhorns have enjoyed terrible defense and terribler QB play. They kicked Mack Brown to the curb, who seemed to be an ideally named man for the Texas head coach, and seemingly replaced him with someone with an even more apt name. They’ll have to replace Charlie Strong with Dallas Walker-Ranger when the time comes.

This week there have been plenty of mentions of the long winning streak UT has enjoyed in Stillwater. Not since the days of Tony Lindsey and Alonzo Mayes have the Cowboys prevailed in front of a home crowd.

By the way, Texas went 4-7 that year and fired their coach, but still managed to reach No. 11 in the AP Poll at one point, which is 1-spot higher than OSU got to despite starting 6-0.

O-State has taken three of the last four meetings, however. And really, the loss in 2012 can be credited more to the still undefeated Big 12 Refs than the Longhorns.

Colt McCoy was the last Texas QB who legitimately won in Stillwater, and Colt McCoy is also the QB JW Walsh should be trying to emulate.

If part of JW’s rehab isn’t being strapped to a chair with his eyes pinned open watching McCoy dink and dunk his way down the field then someone isn’t doing his job.

Instead of an imitation Colt McCoy for the rest of this season, however, OSU gets an imitation of Mark McGwire’s cameo on The Simpsons.

“Do you wanna know the terrifying truth, or do you wanna see me sock some dingers?

We were yelling ‘DEEP BALLS!’ at first, but I sure could go for a few accurately thrown 5 yard hitches and outs about now.

Tyrone Swoopes, sophomore QB. I don’t have much faith that the UT student section is well versed in Erykah Badu hits, but they should be singing “I think ya better call Tyrone” every time QB1 makes a play, which has been quite a lot lately.

Malcolm Brown, senior RB. Shares his name with a junior defensive tackle on the same team. Also, isn’t Joe Bergeron, who probably fumbled, but is the latest in a long line of highly touted and under-achieving Texas backs.

Quandre Diggs, senior CB. He’s got a great name and there’s a 90 percent chance he comes up with an interception tonight. Might be worth it to hear Gus Johnson yell Quandre.

Oh so many reasons.

It’s going to be freaking cold, which usually favors the more physical team that can own the line of scrimmage and run the ball effectively. That, uh, would not be OSU.

Their defense is occasionally pretty salty. They made Bryce Petty look pretty terrible, but they also allowed Iowa State to score 45. In the past two weeks, however, they’ve held Texas Tech and West Virginia to 3 TDs combined.

It’s also difficult to put much confidence behind an OSU squad that’s lost the past three games by a combined 91 points.

They’re at home, but that hasn’t meant much this season and the home field advantage will probably be devalued even more by the cold and the recent results.

Daxx is improving and coming of an off week we could see the best version of this offense with Garman at QB.

Tyronne Swoopes is still raw too. This won’t go down as a QB battle for the ages. Either signal caller could turn it over five times and no one would be shocked. If Tyrone goes Jerrod Johnson, the Cowboys suddenly become the favorites.

I’m not saying that’s the only way OSU comes up with a victory tonight, but it would probably be the most fun way. That, or Daxx and James Washington developing a Fields to Woods type connection.

Either way is fine.