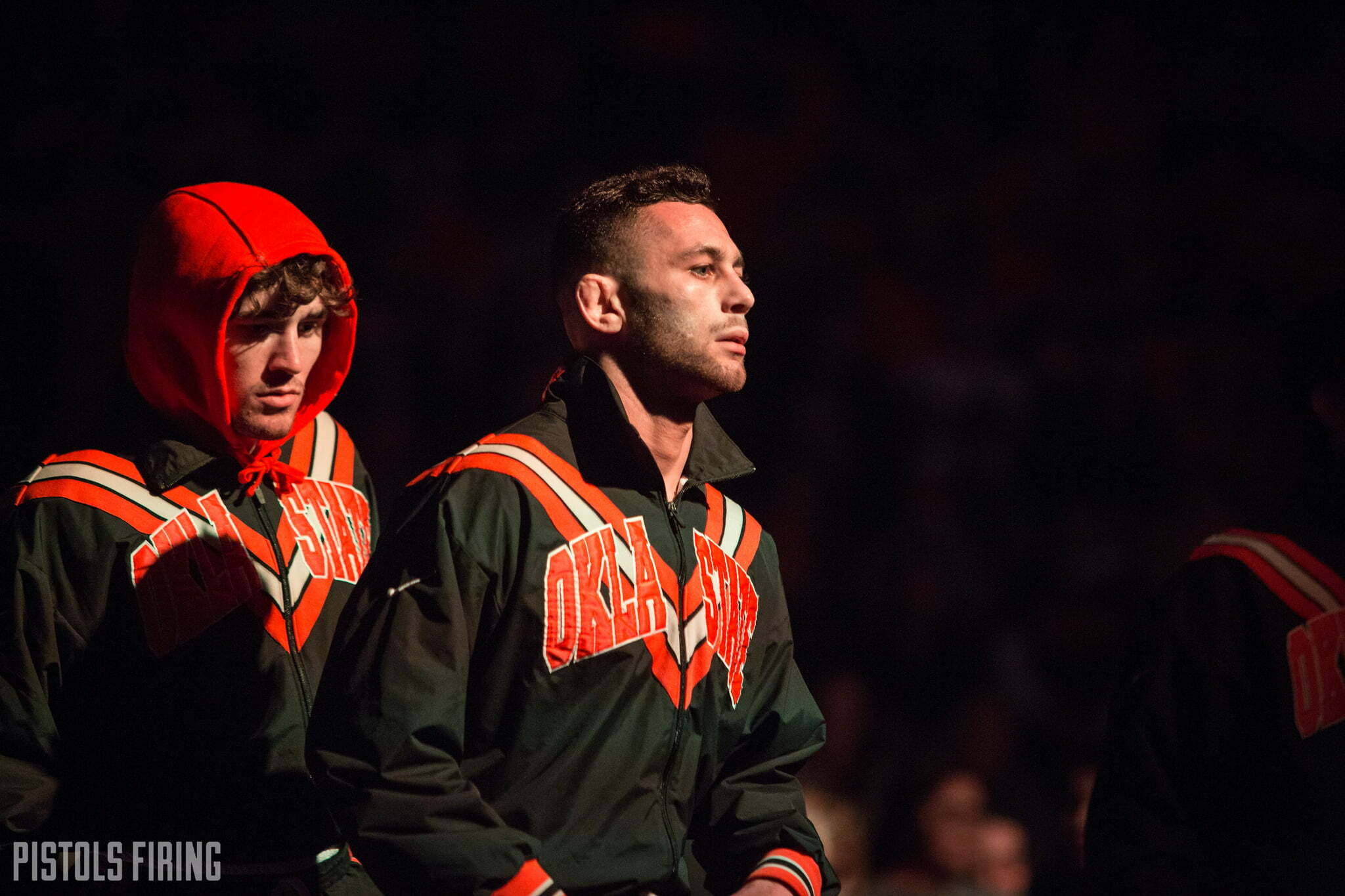 The match in the Iowa dual that has most of the wrestling worlds’ attention is Daton Fix vs. Austin DeSanto. Iowa fans want to see DeSanto win, and pretty much the rest of the free world wants to see Fix beat the brakes off him.

Two other matches have a lot of intrigue in this one though. I look at them as sort of the top undercard bouts with Fix-Desanto as the main event.

Iowa’s Spencer Lee is the defending NCAA champion at 125 pounds and has two college wins over Nick Piccinnini. In the dual last season Lee got up big early and won the first and second periods comfortably. Nick did mount a bit of a comeback in the third, but ultimately fell 10-5 to Lee.

They then met at the NCAA tournament last year, and it was all Lee. He dominated his way to a fall in the second period.

Piccinnini has wrestled lights out to this point in the season and has looked as good as we’ve seen him. It hasn’t been against guys like Lee though. Lee has a habit of ending matches early. Only five have gone the distance this year. Piccinnini’s best chance of pulling the upset is weathering the early storm from Lee and staying within striking distance into the third. If he can do that and score late, similar to their first match, he’ll have a shot.

This one was a barnburner in the dual last year. A 4-OT thriller that came down to a very late take-down by Stoll to win the match.

A few things have changed from last year.

Even wilder than the fact that Derek White went from a 119-pounder at Edmond North high school to the No. 2-ranked heavyweight in the country is the story of Sam Stoll’s shooting. Ultimately it’s played a role in him only wrestling nine matches this season and losing two of them after coming into the year as the consensus No. 1 heavyweight in the country and widely being projected to win an NCAA title this season.

White’s size gains and Stoll’s struggles bode well for White. He’ll be favored here. One interesting dynamic though is Stoll has yet to be taken down this season. He’s been beat on the mat and that’s not something we’ve seen White do a lot of. He’s off the charts on his feet, one of the best on the team. He’s not a guy that rides people though, so my gut tells me he’ll need a takedown to win this one.