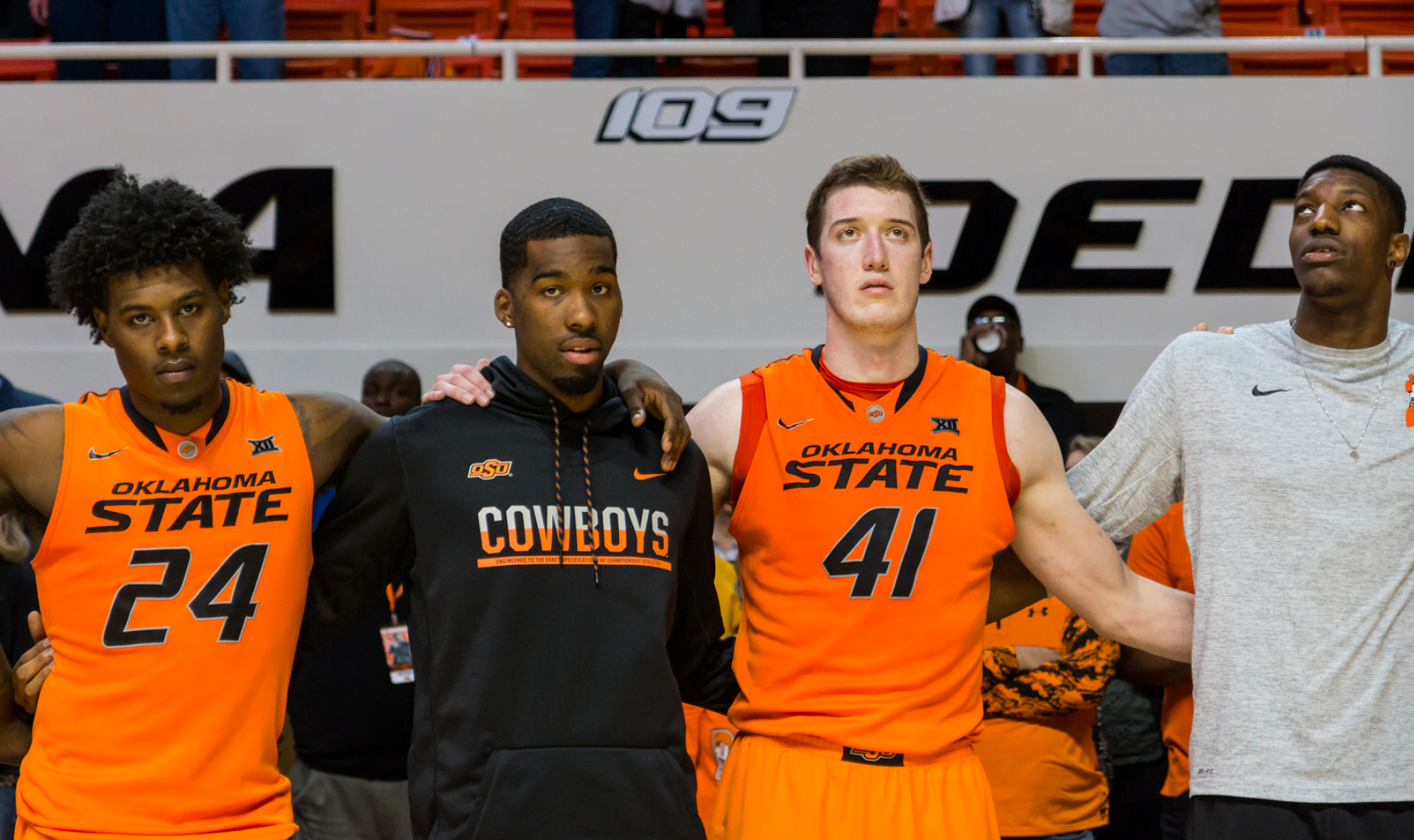 Oklahoma State’s basketball roster has been a swinging door of sorts since Brad Underwood bolted for Illinois the day after Oklahoma State was ousted from the NCAA Tournament. Michael Weathers, Kendall Smith and Zack Dawson are joining the roster as scholarship players. On their way out are Leyton Hammonds, Phil Forte and of course Jawun Evans.

But the biggest (literally) addition to this year’s Cowboy team arrived on campus in the middle of last year in the form of St. John’s transfer center Yankuba Sima. The 6-foot-11 sophomore will be eligible in the second semester and comes with high expectations after finishing second in the Big East as a true freshman in blocks per game (2.4). His playing time dropped off after Chris Mullin opted to go with youth over experience.

You can read up more on what I initially wrote on Sima here, but the lengthy transfer’s impact to the Cowboy frontline will be immediate. Sima’s natural shot-blocking abilities and wingspan gives Mike Boynton’s Cowboys an element that Mitch Solomon and Lucas N’Guessan just don’t provide.

Solomon came a long ways as a junior as a rebounder, especially on the offensive glass. He’ll be needed once again as a senior to bust his tail on the boards, alongside forwards Cameron McGriff and Davon Dillard. However, Solomon is limited offensively, and struggles to create his own shot, in addition to the level of athleticism most bigs in the Big 12 have.

Lucas N’Guessan showed a few moments early in non-conference play, but his playing time dwindled as the Cowboys got into the thick of the Big 12 and into the postseason. N’Guessan has the length necessary to affect shots in the lane, but looked very lost offensively and didn’t have the body ready for the rigors of Big 12 play. N’Guessan needed this offseason to hit the weight room and pick up bulk as badly as anyone on the roster, and could turn out to be a useful contributor.

But Yankuba Sima is a level above Solomon and N’Guessan. Sima, at 6-11 and 225 pounds, gives the Cowboys their first bonafide center and rim protector they’ve had at least since Michael Cobbins (and he was just 6’8). And despite the parade of terrific guards in the last few years in Stillwater, the lack of a post presence has held the Cowboys back from jumping into the elite of the Big 12 and challenging the likes of Kansas and, well, Kansas, for the crown of the conference.

If Sima can make strides offensively as a back to the basket scorer, he could turn into one of the most important players on the roster. But Sima’s defensive impact will be immediate, and makes him a good candidate to start when eligible, allowing Solomon to slide over to power forward or come off the bench.