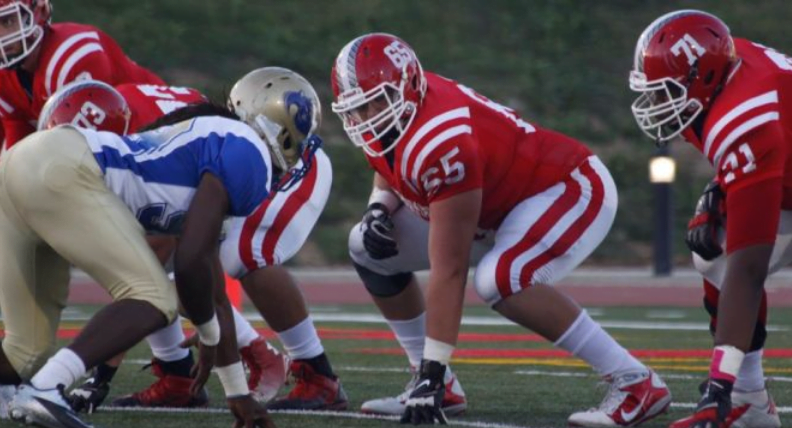 Signing day is next Wednesday. With OSU losing multiple commitments at the offensive line position in the 2017 cycle, it has left the coaching staff searching for answers late in the process.

This is a similar situation OSU was stuck in two years ago. You may remember the name Joshua Jones, an offensive tackle prospect who flipped from OSU to Houston with just days to signing day. That move helped OSU land offensive lineman Marcus Keyes — a key member of the roster who helped re-vamp OSU’s ground game this season.

So who might be next in line to follow in those footsteps? Let’s take a look at seven names who, based on what I’ve heard, could be candidates to join the class in the final days of the recruiting process. Important to note that these recruits do not have offers, but are on the radar and could be names worth watching.

OSU’s only current offensive line commitment comes in the form of JUCO offensive tackle Arlington Hambright, who is already on campus. Cordasco is a name to know that could be a JUCO contributor.  At 6-foot-6, 310 pounds and offers from Idaho, Nevada, Oregon State and Eastern Kentucky, he could be an under the radar steal from Los Angeles Valley College.

Cordasco spent his younger years playing in Maine and New Hampshire, but has spent the last two seasons sharpening his skills on the west coast.

Another junior college recruit from Dodge City Community College, Young is a sleeper that’s been lingering in the tier-two schools with 8 offers that includes Central Michigan East Carolina Iowa State and Florida Atlantic among them.

Originally from Versailles, Kentucky, Young has made visits to Louisville and Eastern Kentucky.

A little known player out of high school with offers from Ball State and Troy, Young went the junior college route and is likely in line to land at a Division I school regardless of whether OSU offers.

All right, 3-for-3 on junior college prospects. I can’t resist.

Tanner, a 6–fot-7 345 pound prospect, has offers from Auburn, Mississippi State, UAB and several other smaller schools. Given his late, meteoric rise, don’t be surprised to see Oklahoma State make a run. Right now with Auburn jumping in this week, I’d give them the odds to land him out of the Arizona junior college.

This former Louisville commit may be looking for a new home after a late de-commitment. With offers from smaller schools including Georgia State, Cincinnati and Memphis, Oklahoma State has shown interest in the Butler C.C. recruit.

The Cowboys have had recent success with prospects from Butler, too, most recently with Chris Carson. That could be a factor, should OSU extend a late offer. He’s currently not committed.

Howerton may be a little more of a pipe dream than others. Having been committed to SMU for several months, this Katy (Texas) recruit held close to 30 offers before opting to stay close to home to play for Chad Morris’ squad.

Additionally, OSU appears set at the center position. Brad Lundblade is entrenched as a starter, Johnny Wilson is a promising reserve, and Minnesota transfer Tyler Moore appears next in line to take over in 2018.

6-foot-6, in the middle of the most fertile recruiting grounds in the country, and Martula still only has 10 scholarship offers. His biggest is from UConn, where he is currently pledged. I like the size he could bring, and like even more that he’s a local recruit. Cy Ranch is a lot closer than Connecticut.

Parish Episcopal has been a surprise school churning out Division I talent in Texas. Gray Davis, a big body offensive guard from the Dallas area is underrated but has seen his stock rise on the recruiting trail recently with an offer from Nevada. The only other schools on board are Dartmouth, Cornell, Brown, and Central Arkansas. He could be a prime suspect to be a late pickup on signing day. He’s not committed to a school.