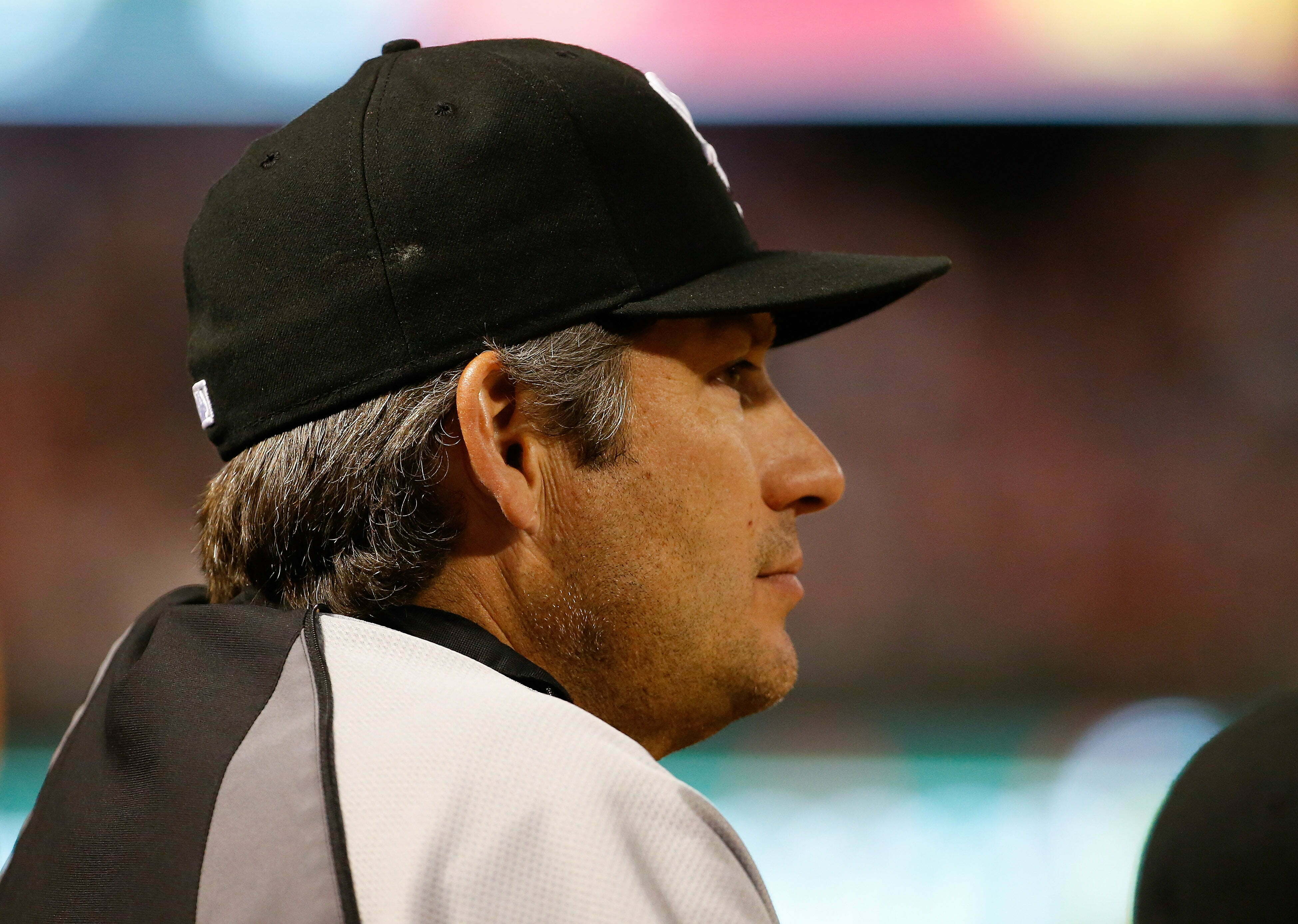 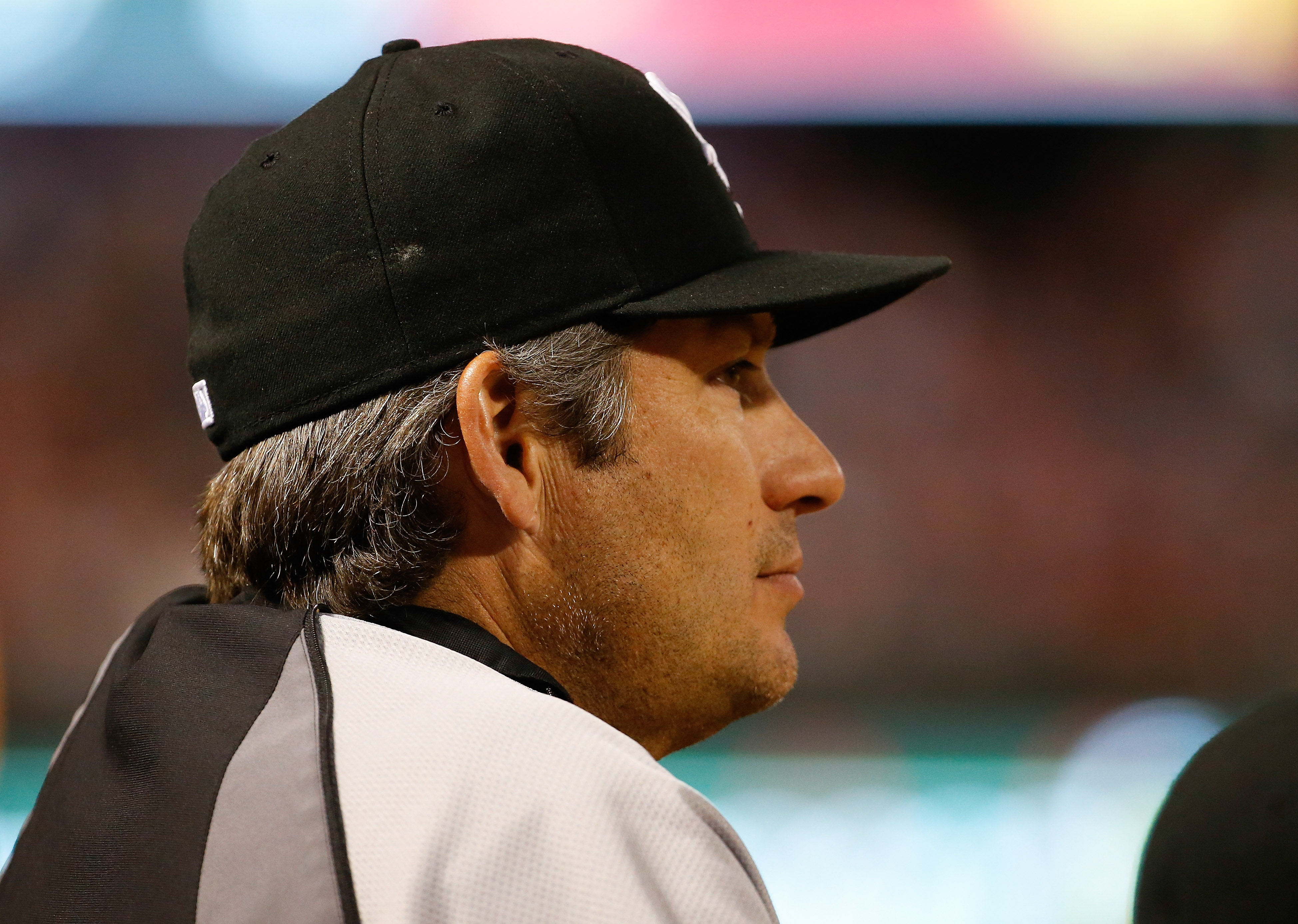 Twice a month, I’m gonna look at how former Cowboys are doing in the professional ranks.

I’ll be keeping tabs on guys at the Major League level, and also watching to see who gets called up or sent down. And because everyone likes a list, I’ve come up with a random complicated formula to rank each of the active players and coaches from “deserves a raise” to “might want to put that business degree to use.”

Factors of the formula include current season performance, what level of baseball the player is at, and how likely the player is to get a promotion. Without further a do…

1. Robin Ventura – MLB Chicago White Sox: Ventura tops the power rankings this week because he’s done so much with so little. Chicago is 10-11 and currently in third place in the AL Central, which is much better than anyone expected out of this team. The White Sox have scored the second-most runs this season, along with the fourth-best slugging percentage. They are only two games back of Detroit.

2. Tyler Lyons – Triple A Memphis/MLB St. Louis Cardinals: Lyons got off to a hot start in Triple-A, going 2-0 with a 3.36 ERA in three starts. Thanks to a Joe Kelly injury, Lyons got the call against the Mets on Monday. He struck out seven in six innings, but picked up the loss in a 2-0 game. However, he was good enough to earn a second start, Saturday versus the Pirates.

3. Andrew Heaney – Double A Jacksonville (Miami Marlins): The Heandog is still showing why he was a crowd favorite in Stillwater, and why he is the top Marlins prospect. This season he is 2-0 with a 1.48 ERA, and a ridiculous 25/3 strikeout to walk ratio. Miami has a habit of bringing up young talent straight from Double-A, and Heaney could be next. Soon.

4. Scott Baker – Triple A Round Rock (Texas Rangers): The Rangers have used a handful of fill-ins for injured starting pitchers, and it’s a surprise Baker hasn’t been one of them. He’s 3-1 with a 2.77 ERA in four Triple-A starts, along with 21 strikeouts to six walks. At 32 years old, he will be looking to crack an MLB starting rotation sooner rather than later, but Texas might not be the place for it.

5. Luis Flores – Triple A Iowa Cubs (Chicago Cubs): Flores is splitting his time behind the plate with Eli Whiteside, but has looked much better than his fellow backstop. On the season, he is hitting .300 with three RBIs and an outstanding 10 walks in eight games. We all know how bad the Cubs are, so a call up for Flores isn’t out of the question.

6. Josh Fields – Piratas de Campeche (Mexican Triple A): The former two-sport Cowboy star is back on the field, and has a good view to boot. He’s made an early impact for his new club, with five hits and four RBIs in his first five games.

7. Andy Oliver – Triple A Indianapolis (Pittsburgh Pirates): It appears Oliver has been transitioned to a relief pitcher. He’s made six appearances this season (none of them starts) and has 12 K’s in 9.1 innings. There’s certainly a calling for lefty bullpen specialists in the MLB, and that might be the best way for Oliver to get back to the top.

8. Jordy Mercer – MLB Pittsburgh Pirates: Not only has he lost his career saves record at OSU, but also he has been dealing with an ankle issue for the past week, which might explain why he has been struggling at the plate. Mercer is hitting .212 with only two RBIs this season. He also has two errors to his name (had 15 all of last season).

9. Matt Hague – Triple A Indianapolis (Pittsburgh Pirates): Hague is getting most of the playing time at first, playing in 13 of 18 games so far. He’s hitting .273 with a homer and 11 RBIs, the third-most runs batted in on the team.

10. John Ferrell – MLB Boston Red Sox: The defending World Series champions are not off to a good start this year. They are in last place in the AL East with a 9-12 record. It doesn’t help that no one is hitting over .290. This is a talented team, but they are already 3.5 back of the Yankees and don’t want to see that number get any bigger.

11. Mike Strong – Single A Advanced Brevard County Manatees (Milwaukee Brewers): The lefty reliever has started off well. In six appearances, he is 1-0 with a 1.50 ERA. He’ll be looking to build off last season’s success, when he threw a career high 87 innings and struck out 98.

12. Jason Hursh – Double A Mississippi Braves (Atlanta Braves): Hursh has gotten off to a slow start this season, going 1-2 with a 2.95 ERA. He’s had some control issues (8 walks in 18.1 innings) but he’s also in his first professional season. Give him a full season to figure out the ropes and he should be on the same career path as Heaney.

13. Tom Belza – Double A Mobile BayBears (Arizona Diamondbacks): Belza has been off to a bit of a slow start, hitting .220 with four RBIs in 14 games. He’s hit over .300 two of the past three years though, so there’s reason to believe he turns this around.

14. Scott Richmond – Triple A Round Rock (Texas Rangers): Richmond hasn’t had a good start to the season. He’s given up 12 earned runs in 12 innings this season, and opposing hitters are .333 against him. He hasn’t posted below a 5.60 ERA in three years, and it doesn’t look like this year is gonna be the year.

15. Corey Brown – Triple A Pawtucket (Boston Red Sox): Many people thought Brown would start the year in Boston, but the Red Sox went with Jackie Bradley, Jr. instead. That left Brown in Triple-A, where he has struggled mightily this season. He’s hitting just .125 and has struck out in more than half of his at-bats, which isn’t a good way to get called up.’