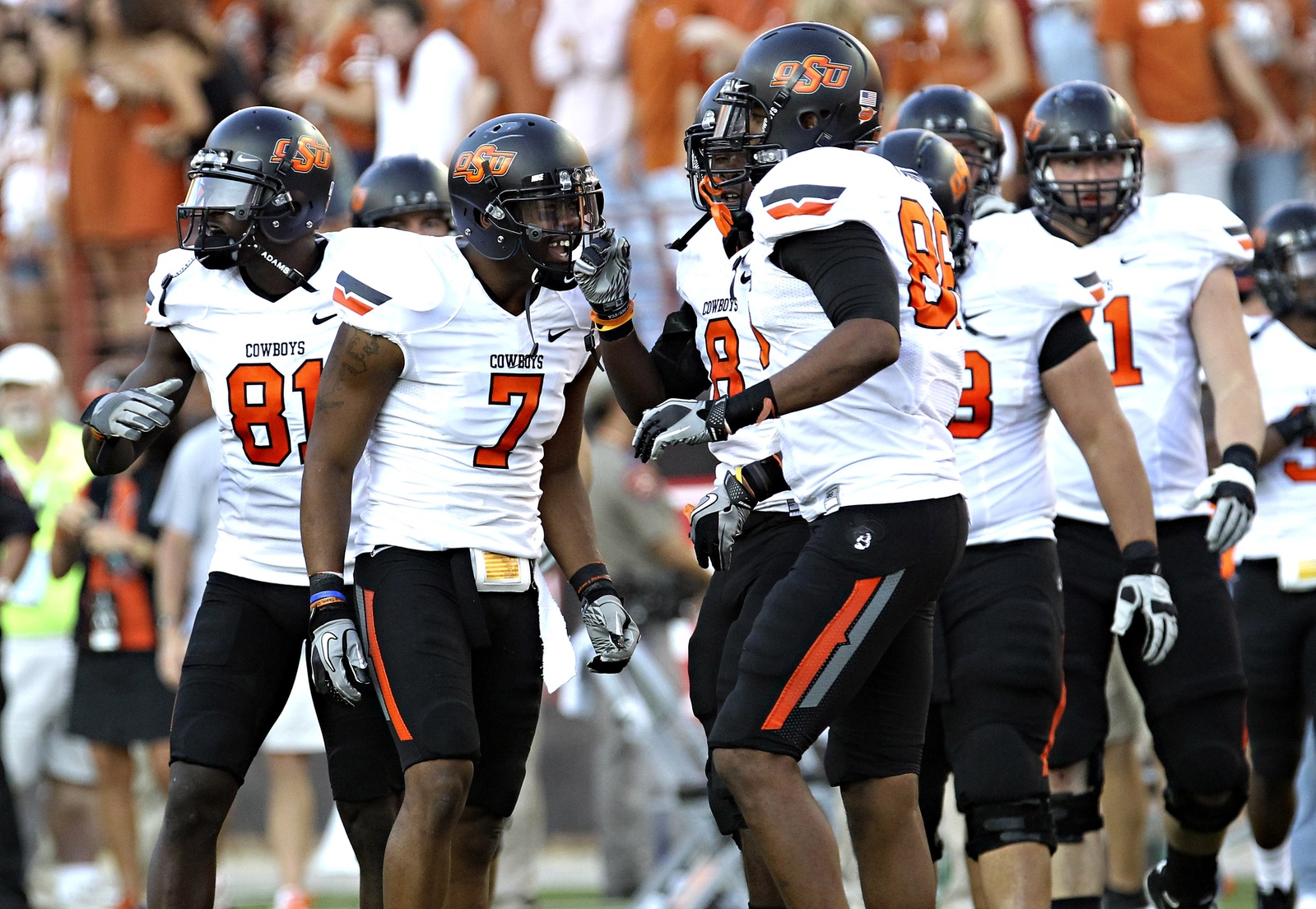 I am probably heavily influenced by the fact that Weeden had an all-time TD throw to Cooper and Gilbert housed a kick this game but I loved this combo we wore in Austin in 2011 — still it’s only (spoiler alert) fifth on my list of favorite road unis.

I didn’t love the orange sleeves Gilbert had on (can’t believe I’m saying that) — I thought it would have looked better with black ones instead (see above on (I believe) Wilson Youman). But I feel like this is one of the better combos at showing off all four of our colors — the orange pops so hard on this jersey with the black helmet/black pants complement.

Side note here: would the black pants look better with a white stripe instead of a gray one? I kind of think they might but maybe not.

I debated and studied my top 10 uni choices the way a criminal lawyer studies a murder trial and spent an amount of time ranking and re-ordering them that potentially disturbed my wife but I feel pretty good about having this one at No. 7.

Again, I could be talked into probably any order of the top 10 by the right person, and I debated sliding the all-whites in at this slot, but in the end I feel like this one is just more…OSU than the all-white one is.