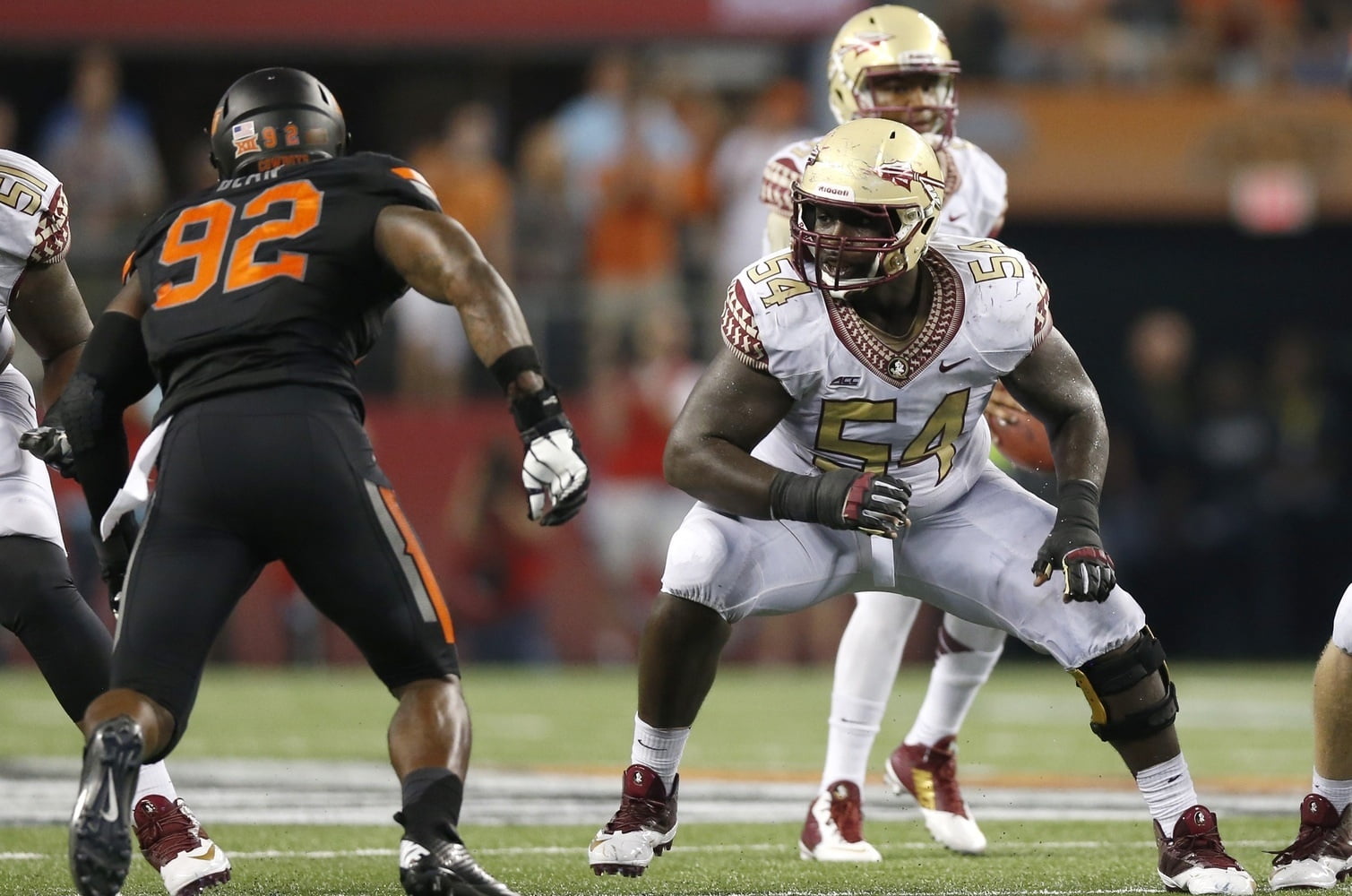 This is a guest post by Braden Lara who is a strategic communications major at OSU right now. He also wears orange pants to football games which is thumbs up in my book.

There are a number of different ways to do this but I decided to rank the positional groups based on how much confidence I have in them going forward.

The sky is the limit for this group. You look at the two-deep and you quickly realize that any of these guys could start with any of the other guys and we’d still be in great shape. I don’t want to jump the gun here, but after Ogbah garnered Big 12 defensive player of the week honors, it’s reasonable to think he could find himself on an All-conference team at the end of the season.

Castleman and Bean are two other guys who have a very realistic shot at making all-conference. After putting up an elite level performance vs. FSU, this line will have the full attention of teams all across the Big 12.

Early on in the game on Saturday, it appeared that FSU’s senior-laden offensive line was too much for OSU’s d-line; Winston had all the time in the world to complete passes. However, the pass rush intensity picked up significantly as the game went on.

Besides the 28-yard TD run, OSU’s defensive line did a great job of flushing Winston from the pocket and then keeping him contained.

OSU should have no problem averaging a couple hundred yards rushing per game with this group. An excellent combination of speed and power at the position means OSU will rely heavily on the backs to wear down defenses this season.

Roland and Childs ran hard and blocked well on Saturday and, at times, showed off their combination of speed and power in impressive fashion. The stats indicate a down game for both, but the film shows another story.

Often times, the holes just weren’t there to run through. As the season goes on and the o-line’s run blocking improves, look for Roland and Childs to have plenty of big games.

This is a loaded group of receivers. Starting this week against Missouri State, I think we’ll get a good look at just how lethal these guys can be. They’re young, but they’re about as athletic as any unit in the conference.

I heard time and time again during fall camp how freakishly athletic this group of wide receivers was. Watching the FSU game, it seemed like they didn’t live up to the hype. But then you remember they were going up against one of the nastiest secondary units you’ll see in college football this year.

Peterson and Lampkin are playmakers and, come conference play, they will cause quarterbacks to think twice before throwing their way.

We already know Peterson is primed to be the next great OSU corner, and now we have reason to believe Lampkin will be the Broderick Brown to Peterson’s Justin Gilbert.

I feel pretty confident in saying JW will be the starter for the entire rest of the season. Daxx will probably get some work with the first team a couple times but I don’t see him becoming the starter quite yet.

Walsh could be in for a big year if he can limit the turnovers and stay healthy. I wouldn’t be all that surprised if he put up 2008 Zac Robinson type numbers.[1. Actually, he already is.]

This group of linebackers is going to be a lot of fun to watch. With Seth Jacobs coming off his first career start and Josh Furman transferring in from a school in a completely different conference (where he only made a couple starts), there are a lot of growing pains that will take place at the position.

The highlight of the game for Jacobs came when he tipped a Winston pass in the red zone and then came down with the ball for an interception. If Jacobs doesn’t get that INT, FSU probably scores the TD that turns this game into a blowout.

But all three starters are fast and can stuff the run or drop back in coverage, so there’s not too much to worry about here.

For the most part, there’s not a lot of experience for this line. A couple of guys have made a few starts (or at least appearances) here and there, but this will be the first time they all play together.

As the FSU game went on, so, too, did the offensive line’s performance. Senior Daniel Koenig was the best offensive lineman on Saturday night. He gave Walsh fairly good protection and held his blocks just long enough for Tyreek to break free.

The other senior on the line, OG Chris Grisbhy, had a decent game. At 325 pounds, Grisbhy is about the only lineman on the team who can match up physically with FSU’s d-line. Grisbhy’s pass blocking, especially in the second half, was pretty good.

Jordan Sterns and Larry Stephens were thrust into the starting role and performed admirably against FSU. Mistakes were made, but I think these guys exceeded expectations.

Sterns played huge. Boy, can he lay a hit. He’s right there with Markelle Martin, Lucien Antoine and Lowe in terms of physicality on run defense. As the whistle blew to end the play, you could bet on seeing Sterns get up from the pile. He was just constantly around the ball.

With Sterns and Stephens, you have two athletic playmakers that have a knack for getting to the ball, and in a defense that has led the country in total takeaways over the past five seasons, I think they could cause a few turnovers themselves.

It’s been 14 games, and I think it’s safe to say we all miss Quinn Sharp. Special teams were a major area of concern last season and if the FSU game was any indication, it will be again this season.

As Gundy said himself, special teams might have cost OSU the game. Of course, the blame doesn’t rest solely on the special teams units, but a big portion of it does.

Luckily, it seems like OSU can only get better on special teams, and I believe Gundy will take it upon himself to make sure it does.