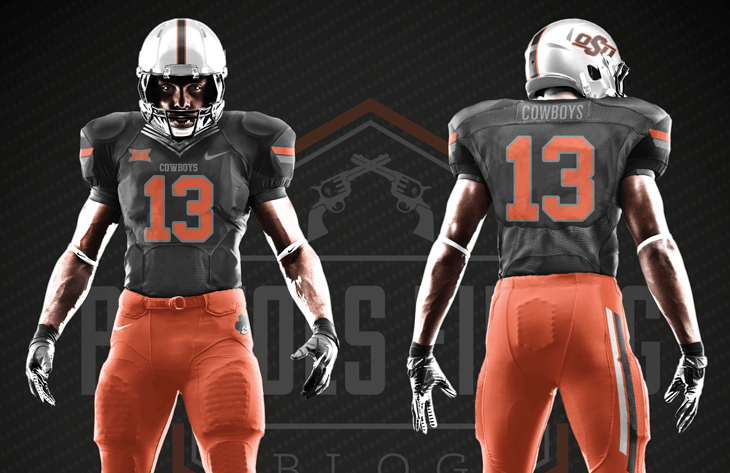 A huge thanks to Chris Knox for the incredible photoshop work  on these.

There are 22 uniform combinations OSU hasn’t worn yet that I really want to see. Before we get to today’s set, let’s take a look at the last two posts of unworn unis. 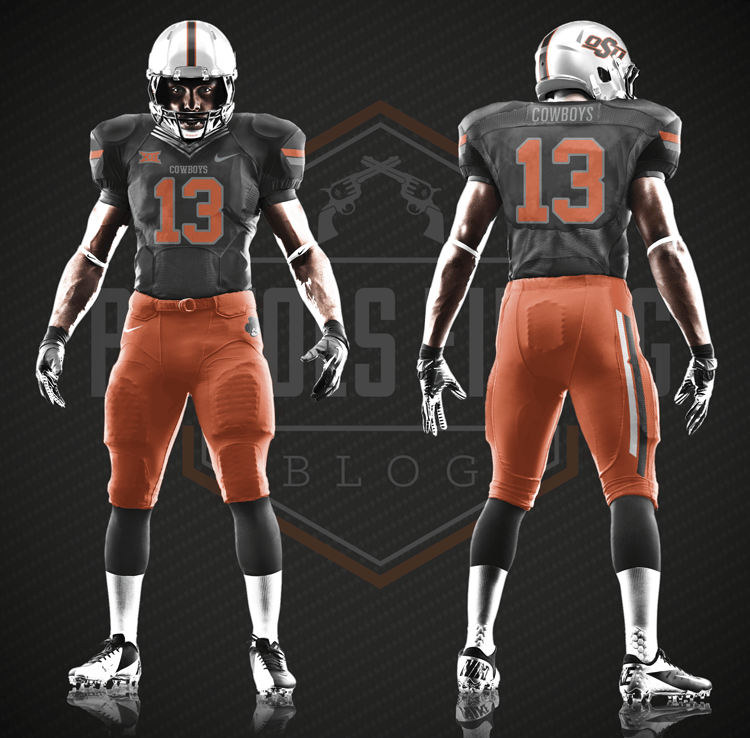 Uniform No. 13’s brother with a better head of hair. Not feeling it near as much as Black-Black-Orange. A little change makes a big difference. This combo looks best with white pants (Baylor 2013). 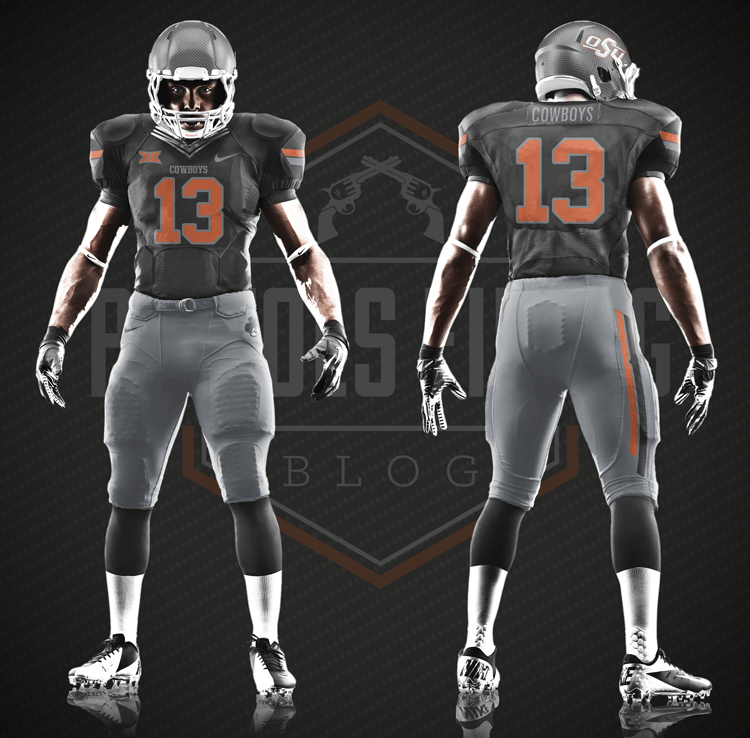 OSU vs. Kansas State 2011. But they deserve to be worn with the Carbon Fiber helmets — somebody please dust them off.
I’m not a big fan of wearing them vs. K-State because of their silver helmets and pants, unless that was a “who wore it better” challenge. 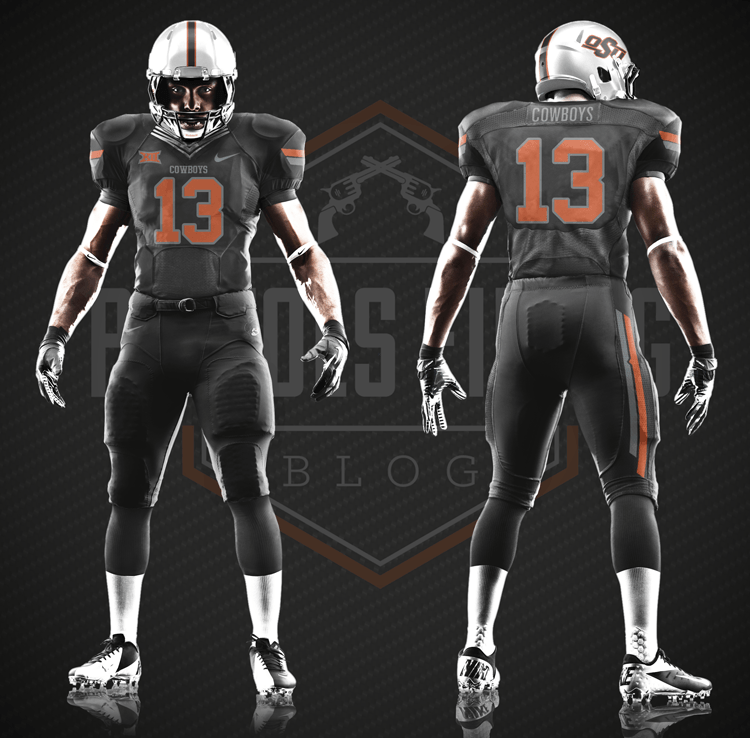 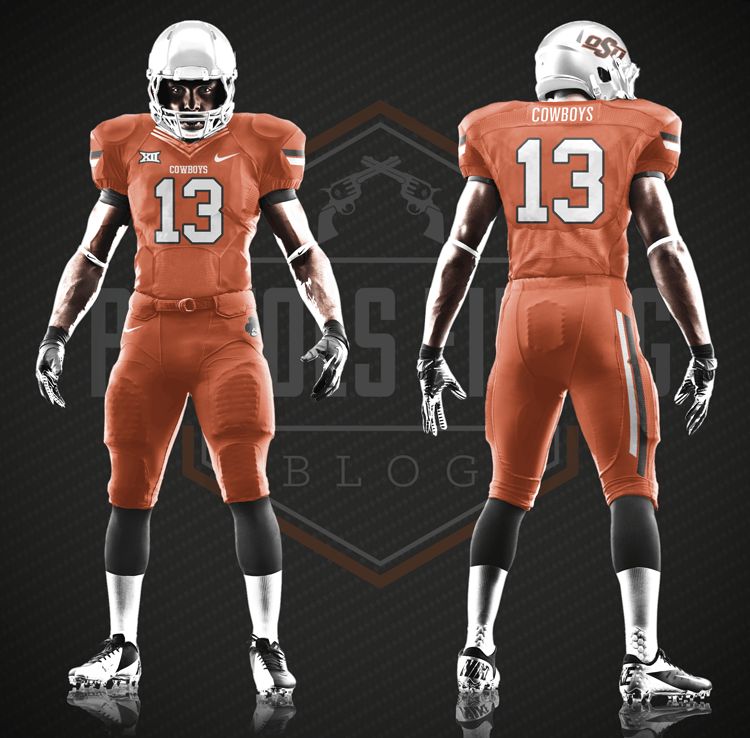 This is for all you orange lovers out there. It’s clean and simple, but it reminds me of the loss to Nebraska in 2010. I wouldn’t recommend it for homecoming. 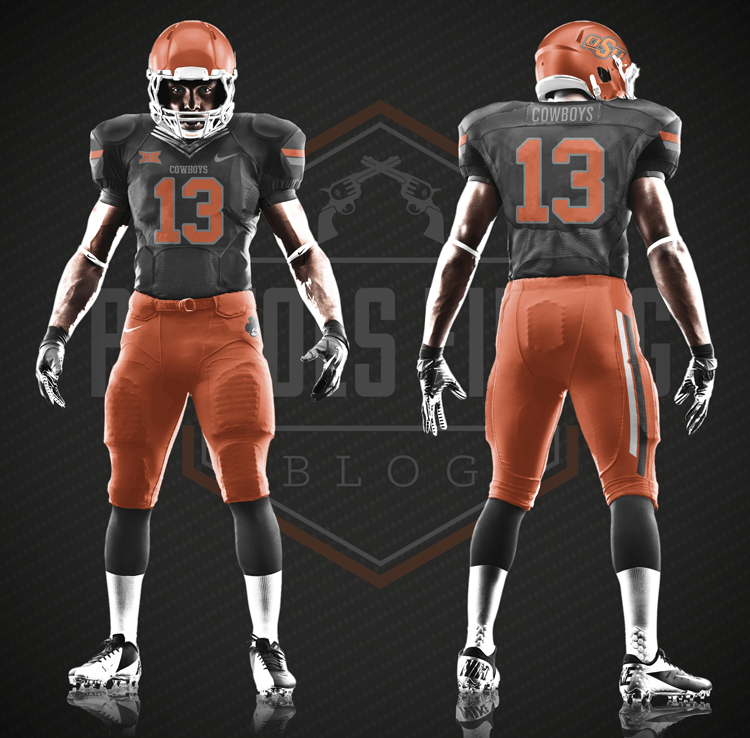 When is our next Halloween night game? Can it not be against a team similar to Texas when they went to the National Championship in 2009? Forget it, bust these out against the Longhorns this season.