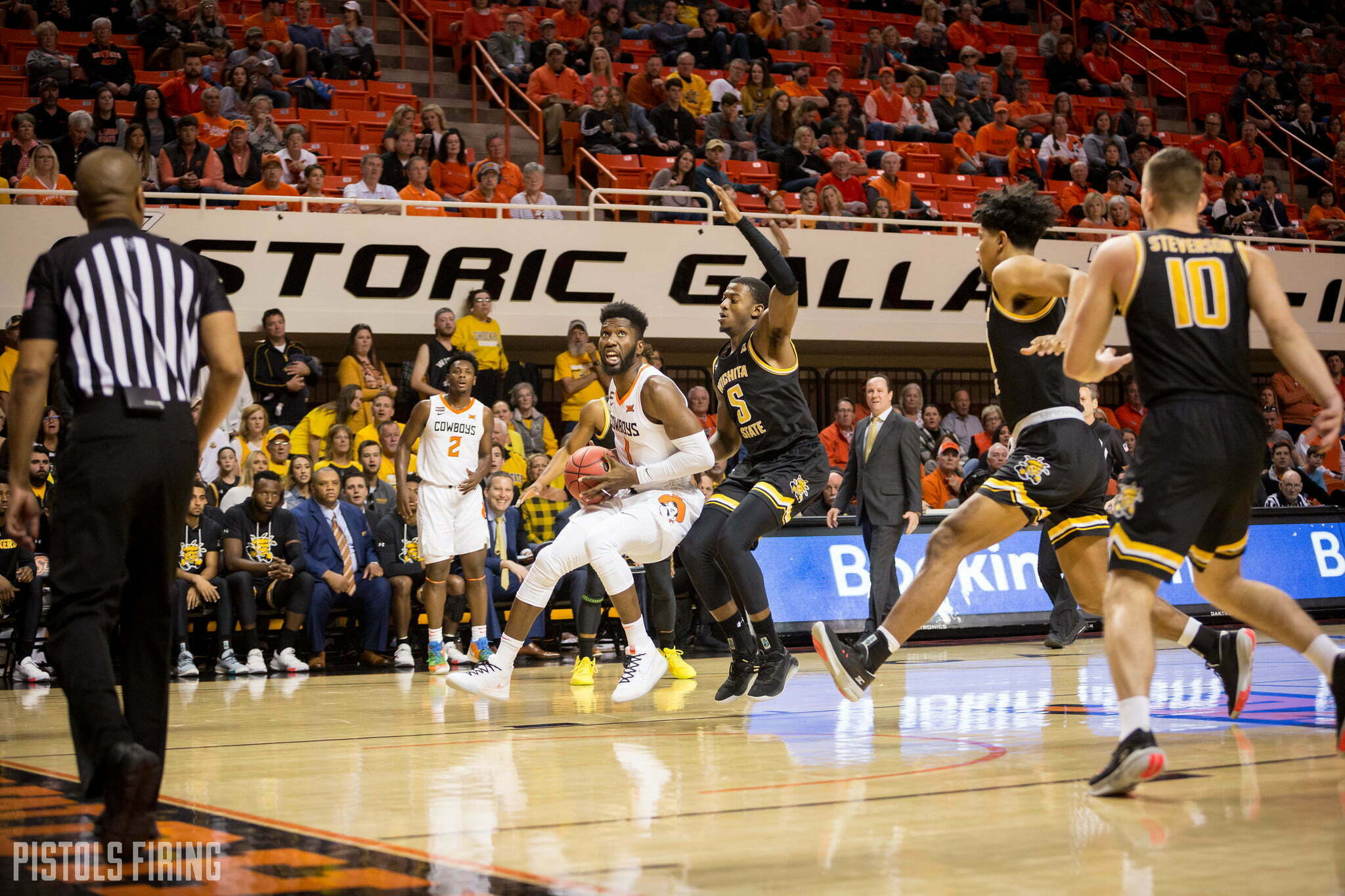 The Cowboys have done something for the first time since the last time they went to the NCAA Tournament, but it isn’t a good thing.

OSU is also now at 9-9 overall this season, the first time the Cowboys have been at .500 all season.

After playing poorly most of the second half, the Cowboys tried to make it interesting late, but they ran out of time. Iowa State led by 15 with 5:01 left in the game before the Cowboys put together a 24-9 run that cut Iowa State’s lead down 84-78 with 46 seconds left thanks to some press defense and heavy doses of Cameron McGriff and Isaac Likekele.

Both finished with 12 points, meaning McGriff is at 999 points for his career.

The Cyclones did two things well that would lead to success on all levels of basketball: hit 3s and rebound. Iowa State shot a cool 11-for-24 from behind the arc and won the battle on the glass 39-30.

Tyrese Haliburton, who won World Cup gold with Isaac Likekele this summer in Greece, has done it all for the Cyclones this year and Tuesday was no different. Haliburton had 20 points (7-for-11) and hit six 3-pointers. He also had six rebounds and six assists.

When Iowa State wasn’t drilling triples, the Cyclones were tossing the ball inside to Solomon Young, who was mauling some OSU big. Young ended with 27 points (7-for-8) and nine rebounds.

It was a rough start for the Cowboys, but the Pokes had momentum going into the locker room. Iowa State led 30-19 with 4:58 left in the first half before the Cowboy seniors made things competitive. Lindy Waters, McGriff and Thomas Dziagwa combined for 16 points in the final five minutes of the frame, and OSU trailed only 37-35 at the half.

Jonathan Laurent, who was a bright spot for OSU, got the score within one a few minutes into the second half, but from their, the Cyclones kept incrementally growing their lead.

Laurent, who didn’t play in OSU’s past two games, scored 13 points, the most he has scored in a game since coming to OSU from UMass.

Six Cowboys finished the game in double figures with Waters and Dziagwa leading the way with 14 points each.

The Cowboys get a one-game break from their Big 12 grind on Saturday. They will renew an old Big 12 rivalry with a game against Texas A&M in the Big 12/SEC Challenge in College Station.