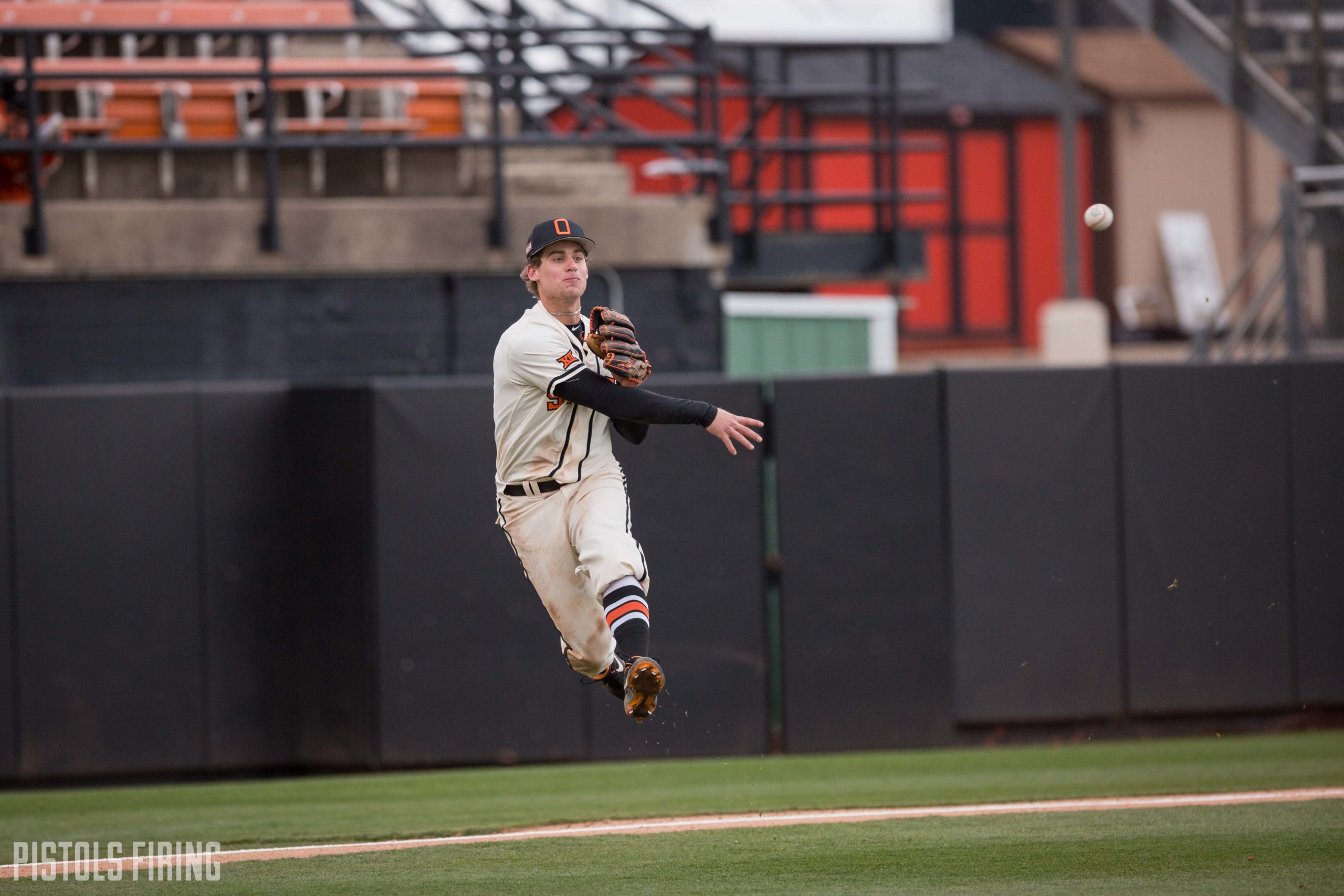 STILLWATER — After losing two of their first three to start the season, the Cowboys have won five in a row.

Oklahoma State beat Little Rock 9-1 on Tuesday afternoon in Allie P. Reynolds Stadium. A two-out rally in the second inning got the Cowboys going, and they didn’t look back.

With two down and a runner on first, Carson McCusker crushed his first home run of the season to left-center. Not long after that ball’s 422-foot journey, OSU catcher Brock Mathis hit his first home run as a Cowboy. In the span of two pitches, OSU built a 3-0 lead.

McCusker entered the year as the Cowboys’ premier returning power hitter, but he has struggled at the plate out of the gate. He finished last year with a .311 batting average, but he entered Tuesday’s game with a .154 on the year. There is a hope that one swing can get him going.

“There’s something about your first home run, you need to get it out of the way,” OSU coach Josh Holliday said. “Until you do, it drives you crazy as a hitter, so hopefully that that one’s gone, he’ll relax in and get more quality barrel-to-ball-type swings. When he does that, he’s a very, very dangerous hitter.

“I think he’ll tell you privately that that first one, until you get it out of the way, you’re looking for it. So, now that it’s out of the way, more base hits to follow.”

Hueston Morrill was next to the plate after OSU’s back-to-back jacks. He drew a five-pitch walk, stole second and reached third on a throwing error. He scored when Noah Sifrit singled to the right side to finish the Cowboys’ four-run frame.

Sifrit was back up in the fourth inning where he hit an infield single to short. Kaden Polcovich then took a 3-1 pitch 389 feet to right-center for his first home run as a Poke, a two-run shot.

It was a solid day for Sifrit, who scored again in the sixth inning. He singled up the middle, stole second and got to third on a wild pitch before third baseman Jake Thompson brought him across with a groundout.

Sifrit finished the day 3-for-5 with an RBI and two runs scored.

Freshman outfielder Caeden Trenkle continued his hot hitting from this past weekend. Since getting contacts before the UT-Rio Grande Valley series (more on that here), Trenkle is 9-for-14 in the past four games. He hit his third triple in that stretch in the seventh inning Tuesday.

Trenkle smacked the ball down the right-field line, got to third and scored off a wild pitch.

The Cowboys used some of their inexperienced arms Tuesday but got solid results. OSU threw underclassmen Wyatt Cheney, Colton Bowman, Tucker Elliott and Nate Peterson. That group combined for eight innings pitched where they allowed the one run off seven hits while walking only one and striking out six. Junior Zach Cable came in and closed out the ninth, putting the side down in order.