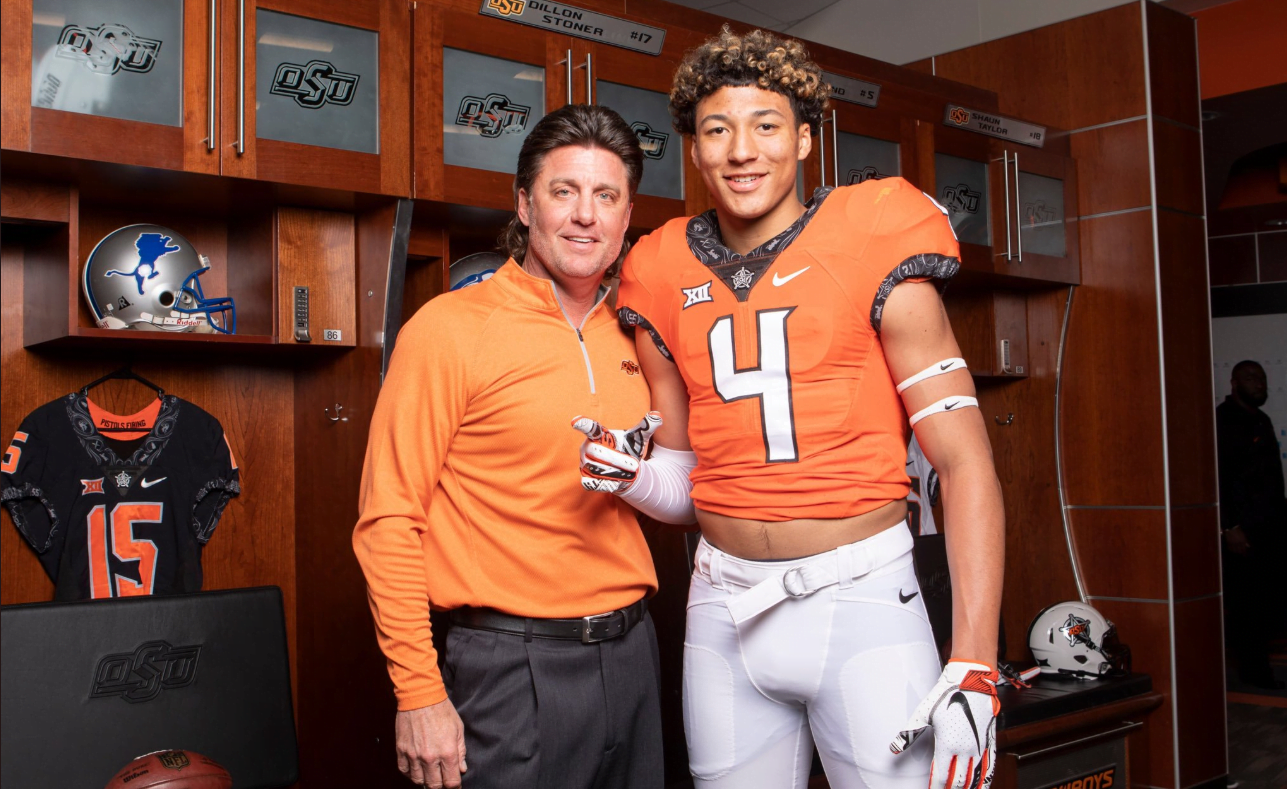 Matt Polk, a 6-foot-4 and 210-pound 2020 prospect, announced on Twitter he will be in Stillwater next weekend for an official visit. Polk, from Saguaro High School in Arizona, is a three-star prospect and ranks 114th nationally among 2020 receivers. He has offers from UCLA, Arizona, Cal, Purdue, Kansas, Tennessee and Florida.

I will be taking my official visit to Oklahoma State University on April 19th-21st‼️?◼️?◼️#GoPokes #okstate

Although he is from Arizona, Polk has ties to Oklahoma State, as his father, Raymond Polk, played corner at OSU in the early 80s. Polk’s OSU offer came in January, and he was at OSU’s Junior Day a few months later.

Polk and Saguaro won a state championship last season, outscoring opponents a combined 221-28 in the playoffs. Here are some highlights from Polks junior year.