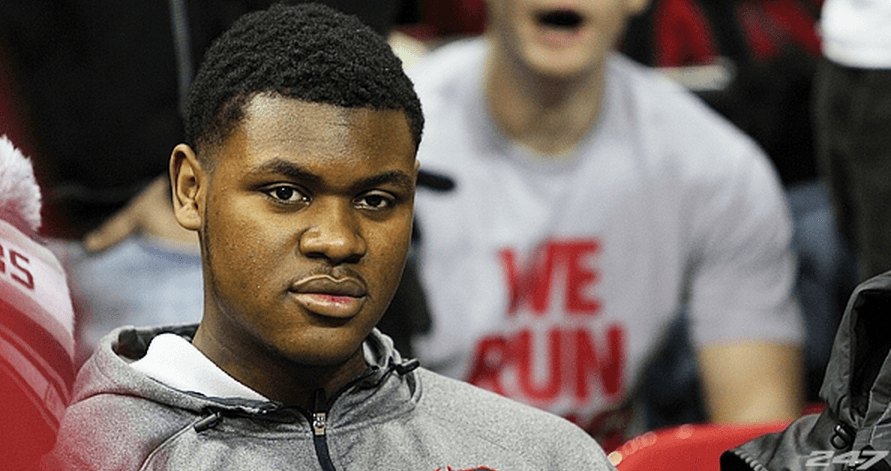 2015 Center Diamond Stone has announced he will make his college decision this month, and Oklahoma State is in the mix to land the five-star recruit.

Stone, a 6’10 All-American from Milwaukee, Wisconsin named a top 4 in the middle of October and OSU, Maryland, UCONN and Wisconsin made his final cut. He announced Wednesday he will make his college decision on Nov. 21.

The elite big man is rated as the No. 9 recruit in the nation and No. 1 at his position, according to 247sports.

Stone is a stout rim protector and dynamic scorer who averaged a double-double his junior season. It’s projected that Stone is a virtual lock to commit to Wisconsin or UConn, but OSU has not been eliminated.

Elijah Thomas, another five-star center who was also a virtual lock to choose OSU just a week before his commitment, pledged to play at Texas A&M at the end of last month. If we learned anything from Thomas’ situation, it’s that high school prospects are fickle.

Missing out on Thomas was a huge recruiting miss, but there is still a void to fill at the center position and Stone could be an excellent pickup for Ford and Co.

Stone made an official visit to Stillwater in early October, along with visits to his other top 3 schools since then. Point guard Jawun Evans committed to OSU last month, and Evans is ranked as the No. 8 overall recruit in the nation, one spot above Stone.

Landing two of the top 10 recruits in the nation would be a huge recruiting boost in what has been tough sledding in recent months for the Cowboys.

Plus who wouldn’t want to hear the name “Diamond Stone” over the speakers at Gallagher-Iba?[1. Ed. note: Literally zero people.]