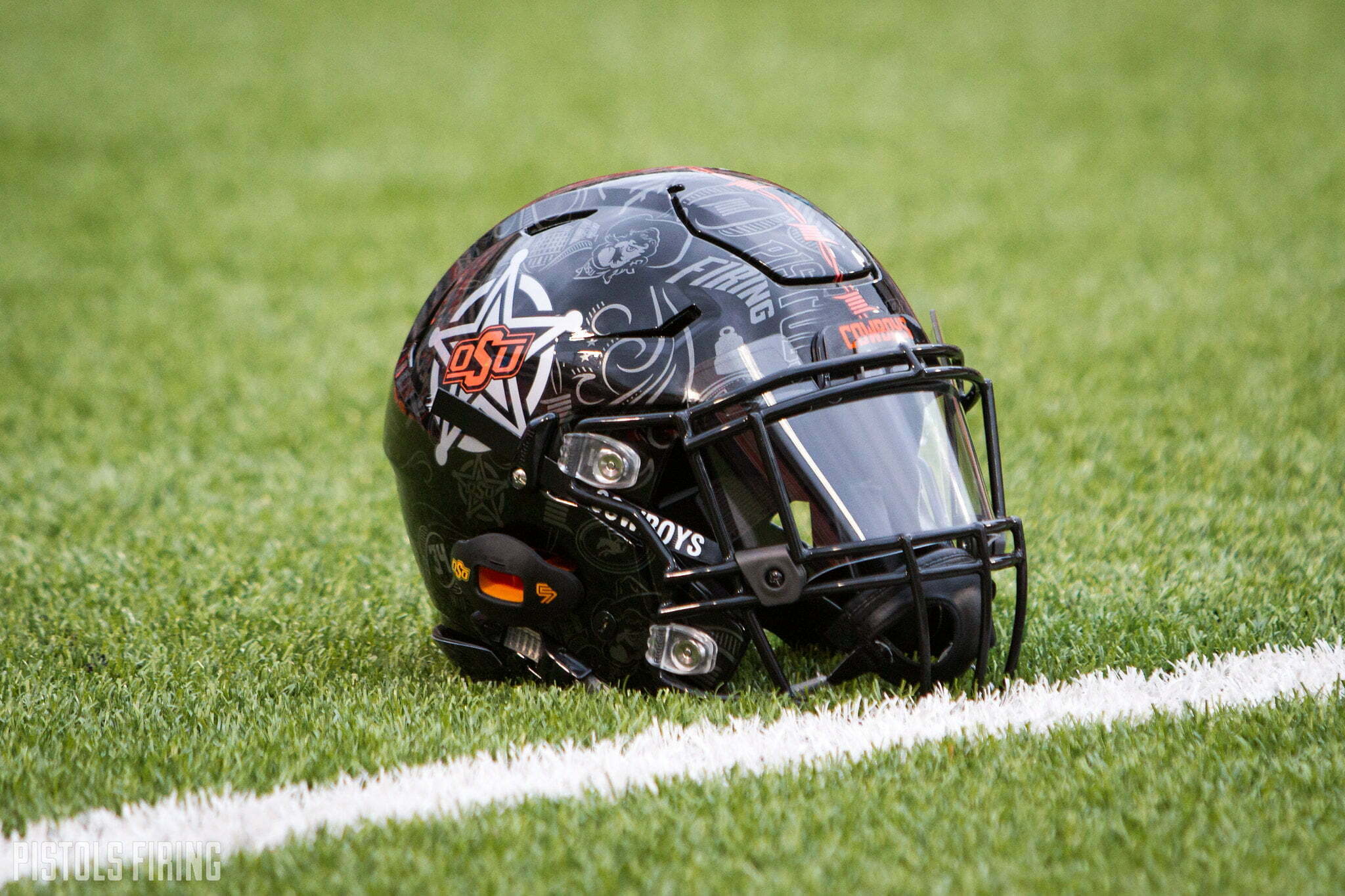 The Cowboys’ staff is as hot as it has been in a while on the recruiting trail, and it is trying to keep that momentum going.

Oklahoma State has doled out a handful of 2022 and 2023 offers over the past few weeks. Here is a breakdown of kids Mike Gundy and Co. have their eyes on.

Jaylon White is a little under the radar right now, but at a physical 6-foot-2, 200 pounds, he won’t stay that way for long. He picked up his first DI offer Jan. 5, and OSU was his 17th, coming Monday.

White plays at Parkview Magnet in Little Rock, Arkansas. 247Sports lists him as a three-star prospect and the No. 18 player from Arkansas. Most of his offers are from Group of Five schools, but OSU joined Ole Miss, Utah, Kansas State, Louisville and Oregon State as Power Five offers.

The Cowboys have a nice haul of defensive prospects in their 2022 class thus far, but none of OSU’s four defensive commits are safeties.

Kawecki is the No. 1,141 player in the 2022 class composite rankings, but he won’t be that far back for long. His recruitment is just taking off, as he picked up 10 Power Five offers in March.

Kawecki plays for Lebanon Trail in Frisco, a city that has been fertile to OSU recently with Garret Rangel and Jaden Nixon. The first play on Kawecki’s junior season highlights sees him driving a defensive end 17 yards downfield before pancaking him.

OSU sent out an offer to four-star wide receiver Chris Marshall on Wednesday, but Saturday he released a Top 8 that didn’t include the Pokes.

Marshall is the No. 185 player in the 2022 class out of Missouri City, Texas. His Top 8 is Oregon, Texas A&M, Jackson State, Alabama, LSU, USC, Arizona State and Auburn.

Also a basketball player, he didn’t start playing football until this past season where he caught 45 passes for 1,009 yards and 18 touchdowns to shoot up the rankings.

Jalen Hale is a blue-chipper that the Cowboys are taking a shot at. He is a five-star recruit and the No. 12 prospect in the 2023 cycle.

Oklahoma State became the first program to offer Braylan Shelby on March 29. He is a 6-5, 205-pound outside linebacker from Friendswood, Texas.

As a sophomore in 2020, Shelby recorded 54 total tackles with seven sacks and a quartet of forced fumbles. He is unranked for now, but it is early in his recruitment. His size alone makes him enticing moving forward.

Roberts-Day is a longtime Baylor commit who OSU offered March 25. He has also recently announced he would take an official visit to Stillwater on June 10-12, putting him on campus the same time as a lot of the Cowboys’ 2022 commits.

Roberts-Day isn’t your stereotypical prospect labeled an athlete. At 6-4, 220 pounds, he is a tight end/defensive end hybrid. 247Sports has OSU Cowboy backs coach Jason McEndoo as his primary recruiter.

He is the No. 523 player in the 2022 class and has recently picked up offers from Alabama, Nebraska, Tennessee, Missouri and others.

Like with Hale, Hicks is another blue-chipper in the 2023 class. A 6-4, 250-pound defensive end, Hicks is a five-star recruit and the No. 31 prospect in his recruiting cycle.

OSU offered him on March 24. He also boasts offers from Alabama, LSU, Florida, Oklahoma, Texas, Texas A&M, USC and others.

Out of Morton Ranch High School in Katy, Texas, Hicks also plays basketball and throws shot and discus on the track team. As a sophomore on the gridiron in 2020, Hicks recorded 52 tackles, 12 tackles for loss, five sacks and three forced fumbles.

OSU has had recent success out west, and that’s what Jason McEndoo is attempting in offering Utah standout Carson Tabaracci. Listed at 6-2, 225 pounds, Tabaracci has offers from a handful of Pac-12 schools, but OSU offers him the opportunity to head a little more east.

The Cowboys’ staff offered him March 21. He has offers from Washington State, UCLA, USC, Utah, Arizona, Oregon State and others.

Curtis’ recruitment has skyrocketed in recent months despite still being just a high school sophomore.

He is the No. 68 player in the class. OSU offered him March 19, joining Oklahoma, USC, Ole Miss, Boston College, Stanford, Arkansas, Tennessee, Louisville and others. And since his OSU offer, he has garnered offers from Texas A&M, Oregon, Penn State, Georgia, Auburn, Michigan, Iowa State, Miami, Georgia Tech, Illinois and LSU.

He is a 6-2, 205-pound outside linebacker/safety, something that would fit well in Jim Knowles’ system, but he would also fit well in a lot of systems. He plays his high school ball in Many, Louisiana and recorded 92 tackles and four interceptions as a sophomore in 2020.