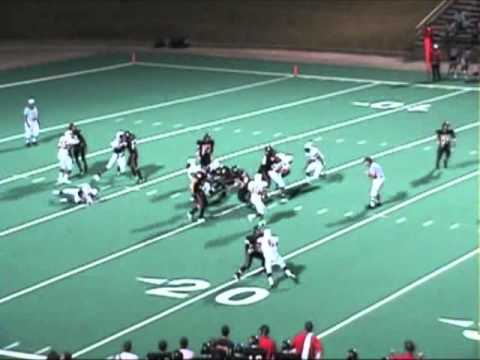 It was confirmed by the guys over at Rivals that Oklahoma State has offered defensive end, Emmanuel Ogbah a scholarship for 2012.

He would be the second of a pair of strong defensive ends for the Cowboy after they got a commitmemt from Victor Irokanski at the end of July.

Ogbah’s other offers include Tech, Baylor, and Arizona so it seems like if he doesn’t come it will be a playing time issue more than a “wow, these guys are a lot better than OSU” issue. Or if it’s Baylor it could be a money issue, I don’t know his financial situation.

He’s listed as 6’4 but looks about 6’9 in this video. He’s raw (as you can see) and probably a little thin, but he really reminds me of a poor man’s Ugo Chinasa with some of these highlights.