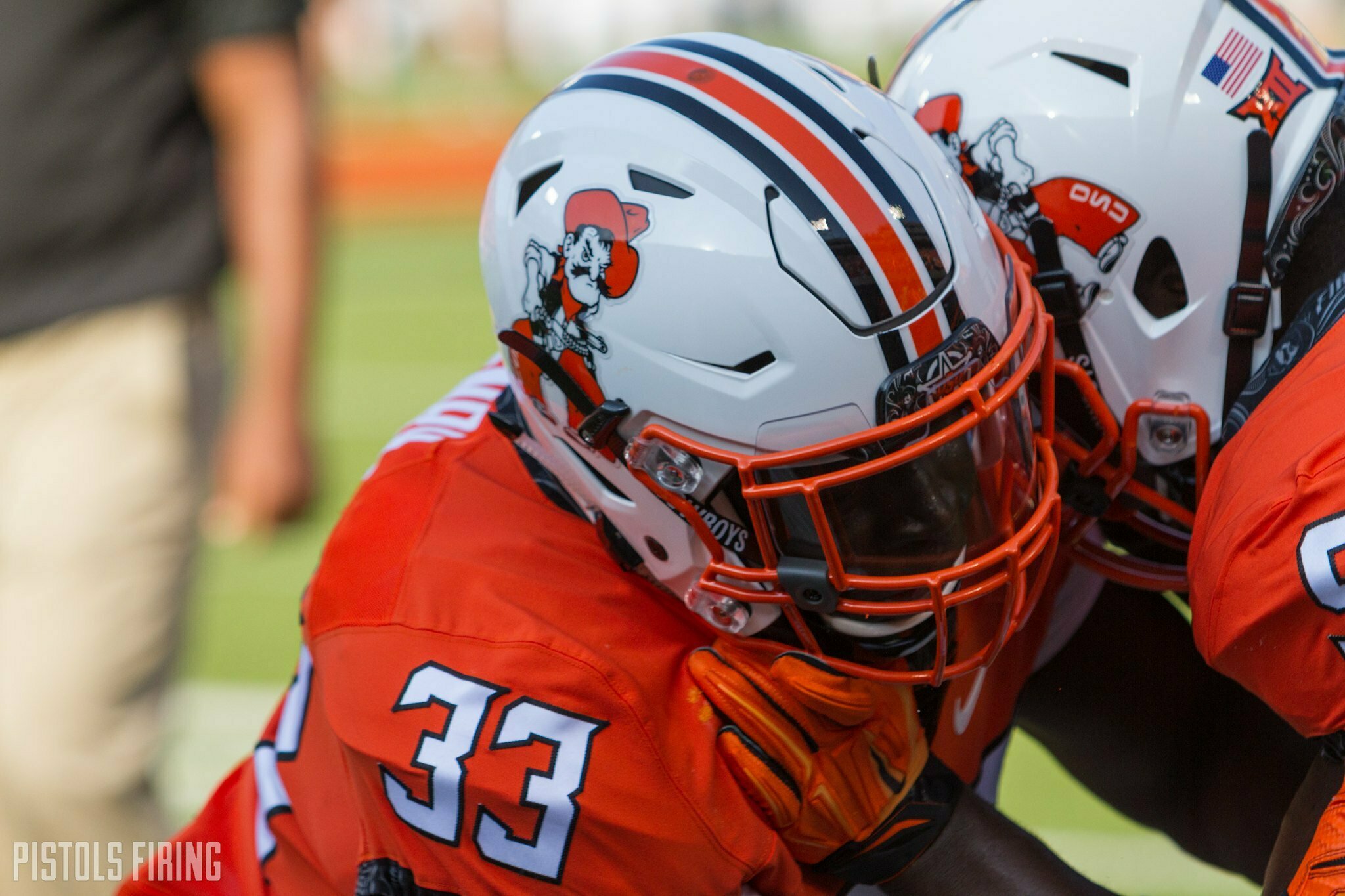 It was an eventful 24 hours on the recruiting trail for Mike Gundy and his staff. Let’s recap the happenings of Thursday starting with a pair of new offers for the 2023 cycle.

As a sophomore Wisner amassed 900 rushing yards and 15 TDs in a truncated season, as well as district Co-Offensive Newcomer of the Year. He also hauled in 13 catches and two more scores through the air.

On Thursday, Odessa, Texas product Harris Sewell reported an OSU offer via his Twitter account. The 6-foot-4, 290-pound guard earned first-team all-district honors as a sophomore in 2020. The Cowboys join a group of prospective landing spots that includes USC, Texas, Texas A&M, Minnesota and half the Big 12.

Four-star 2022 offensive tackle Andrew Chamblee tweeted out that his Final 7 would be dropping soon. Will the Cowboys make the cut?

But he’s not just a bruiser on the field, he’s plenty athletic too.

OSU offered Chamblee back in 2019 but his list of offers includes the likes of Penn State, Florida, Auburn, Tennessee and in-state Arkansas. 247 rates Chamblee as the No. 21 OT in the class and the No. 2 overall prospect in Arkansas.

Nolan Catholic (Ft. Worth, Texas) defensive end Curlee Thomas cut his long list of schools in half and the Cowboys made the “Sweet 16.” (Gotta respect the March Madness theme in #BracketologySZN.)

The 6-foot-4.5, 245-pound Thomas earned district Defensive Newcomer of the Year as a sophomore and first-team all-state honors as a junior in 2020 after racking up 58 tackles, 22 TFLs and 16 sacks. He also forced two fumbles and recorded a safety.

The Cowboys got in early on Thomas, representing his fourth offer back in May. Since then his offer sheet has grown to over 30 with plenty of competition both in and out of the Big 12.