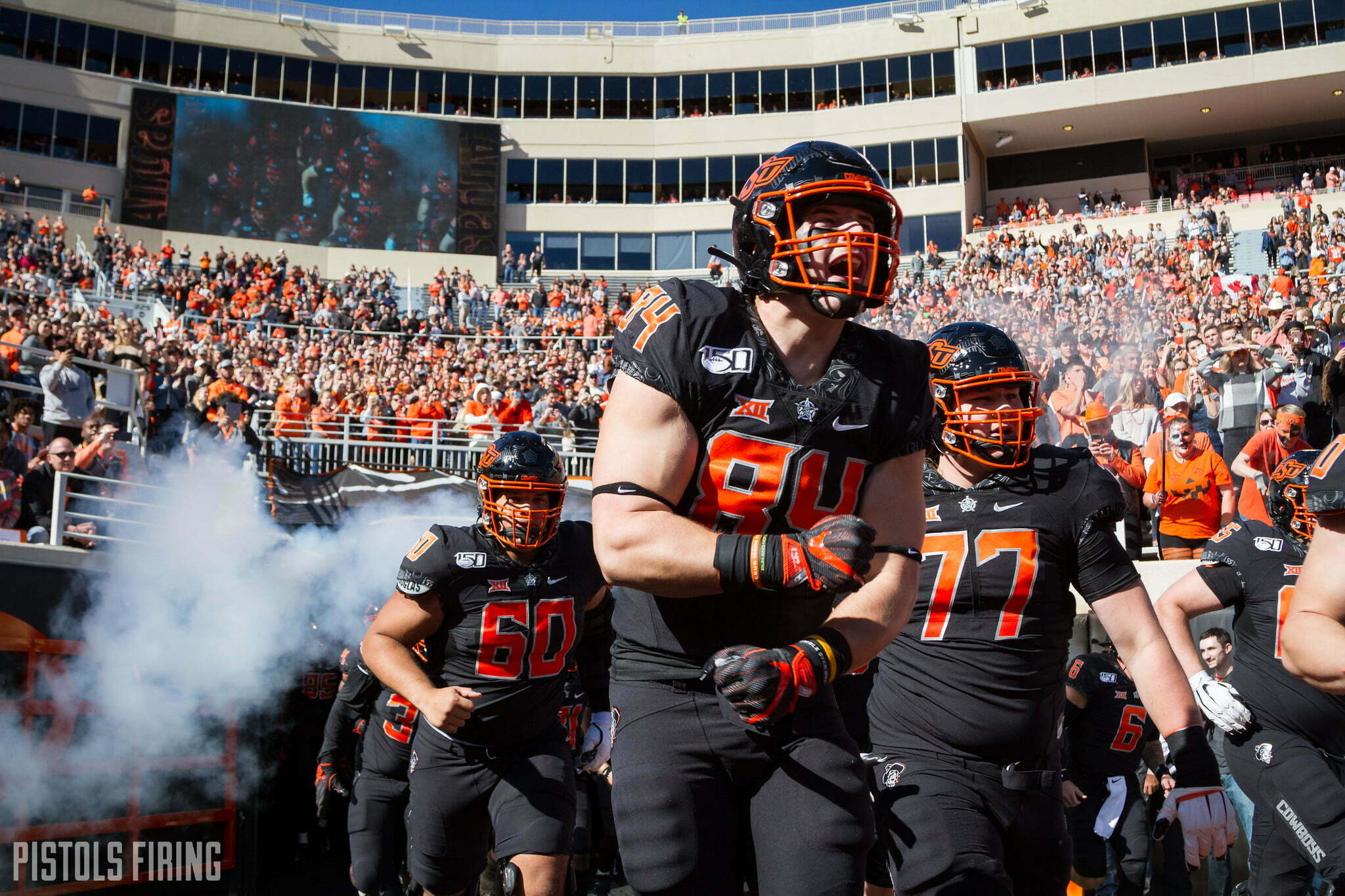 Oklahoma State has yet to receive a commitment in the 2023 cycle, but that could soon change after Cowboys’ coaches extended a slew of offers over the last week-plus.

Let’s get you updated on the latest offers and news from the recruiting trail.

The 2023 prostyle passer has yet to receive a star rating from 247, but that hasn’t kept schools from calling. OSU is just the latest in a list of offers that includes LSU, Texas A&M, Louisville, Arizona State and Utah among others.

In-state school LSU was the first to offer before he ever started a game for Zachary High School, and it’s not hard to see why. Holstein is a strong-armed passer who is 6-foot-4 and 210 pounds with still two years of high school to go. He was the first QB the Tigers offered for the cycle.

Landing Holstein out of the shadow of Baton Rouge would be quite the coup. His father was a punter at LSU, and he grew up rooting for the Tigers. But the Cowboys have plucked a player or two out of the Boot over the years.

We’ll take a brief aside from 2023 to look at a 2022 prospect who fits the prototype for a Mike Gundy-era standout.

Oklahoma State is the latest to offer DJ Allen, an exciting receiver prospect out of Gladewater, Texas. That vast offer sheet includes the likes of Notre Dame, Michigan, USC and Baylor.

Allen is a four-sport athlete (Gundy already loves him) who also stars in basketball, baseball, and track and field. He recorded a 10.87 in the 100 meters as a freshman. As a junior in 2020, Allen compiled more than 1,300 receiving yards and 17 scores and rushed for two more on the gridiron.

The Merrillville, Indiana product tweeted out an OSU offer on March 6, but the Cowboys are just the latest to coming calling so far in 2021. Also on the scent are Notre Dame, Indiana, Arkansas, Michigan State and Oregon, among others.

Bowen is a four-star prospect as ranked by 247, the No. 3 outside LB for 2023 and the No. 2 prospect in the state of Indiana. He’s yet to received a composite ranking.

The 6-foot-2, 215-pound Bowen has been disruptive over this two years at Andrean High. As a freshman he posted 50 tackles, 10 tackles for loss, three sacks and recovered two fumbles. Bowen built upon that rookie season by compiling 80 tackles, 13 TFLs, five sacks, four forced fumbles, three recovered and he even grabbed an interception as a sophomore.

It’s been a busy March for the Corsicana (Texas) RB. After holding just one offer from Baylor on Feb. 19, Thomas has seen his offer list grow to six over the course of a week. From March 3-8, Oklahoma, Oklahoma State, USC, Oregon and Kansas all came calling.

As a sophomore at South Oak Cliff High School, Thomas racked up 74 carries for 611 yards and three scores.

OSU came in at offer No. 14 for the Arlington, Texas DB on Monday, joining the likes of Texas, Oklahoma, Texas A&M, Oregon and Ole Miss.

Toviano was productive in his first year as a starter, grabbing 41 tackles, 11 pass breakups, two forced fumbles and recovered fumble which helped earn him District Newcomer of the Year honors.

But his best is yet to come. Already 6-foot and 185 pounds, Toviano still has two years to grow before he sees the inside of a college stadium. His stock should only continue to rise.

James is the latest 2023 prospect to announce and OSU offer, putting his tweet out Tuesday morning. There is quite the catch, though, as James is already committed to Texas A&M.

He boasts an impressive offer sheet of A&M, Texas, Georgia, Arkansas, Baylor, Florida State and others. He committed to the Aggies on Feb. 11.

247Sports pins James as a four-star prospect and the No. 46 player in his class. That ranks him eighth among 2023 strong-side defensive ends and third among Texans in the cycle.