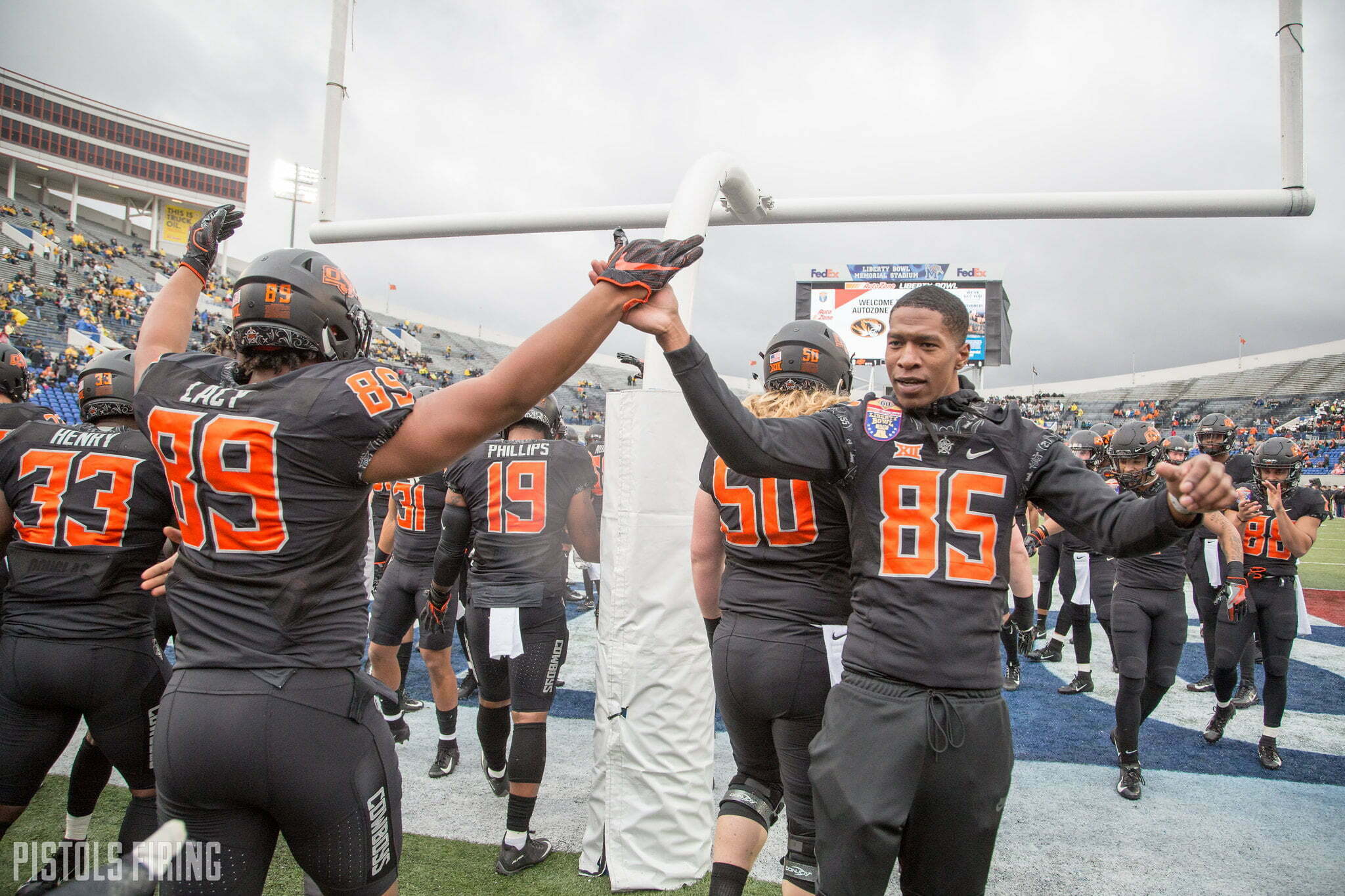 Oklahoma State will be without a potential red-zone threat, whose time in Stillwater just hasn’t worked out.

McKaufman was a redshirt junior this past season after coming in from NEO. There was some hype around him entering the 2018 season, but he tore his ACL in fall camp and missed the season.

Originally out of Douglass High School in Oklahoma City, McKaufman had 8,243 yards of total offense as a high school quarterback before making the transition to wide receiver at the junior college level.

Although it might be sad for the OSU faithful to see McKaufman go, the wide receiver position group is as deep as any on the team. Tylan Wallace is returning, which would fill up one outside spot McKaufman could’ve filled had Wallace left for the NFL. Braydon Johnson also had a bit of a breakout season in 2019. And there’s Dillon Stoner, who will finally be a senior in 2019 after what has felt like seven years on campus.

Then there are more depth pieces such as Landon Wolf, C.J. Moore, Langston Anderson, Jonathan Shepherd, LC Greenwood and Tyrell Alexander. And all that’s before you just to the 2020 signees coming in the fall.