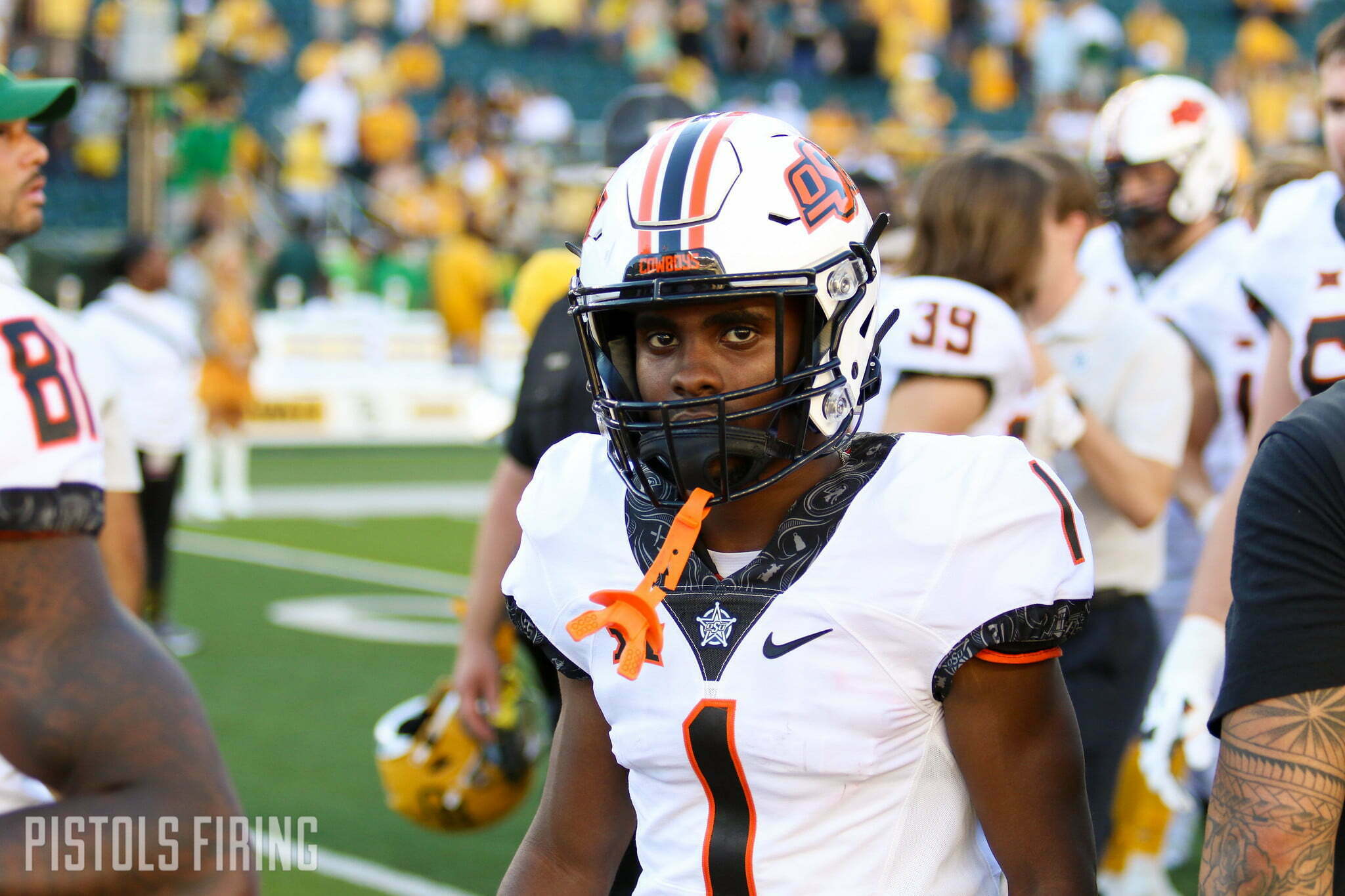 STILLWATER — The Cowboys have experience, or at least older players, scattered throughout their roster, meaning they shouldn’t have to burn many redshirts from their 2022 recruiting class. But, four games into the season, it looks like some playmakers won’t take a redshirt.

Oklahoma State defeated Baylor 36-25 on Saturday in the Cowboys’ fourth game of the season. The number four is relevant when discussing redshirts, as players are allowed to play in four games while maintaining a redshirt.

Thus far, running back Ollie Gordon is the only freshman Cowboy to play in all four of the OSU’s games, but wide receivers Braylin Presley and Stephon Johnson made brief appearances (their third games of the season) against the Bears in Waco, making it look as if the Cowboys’ staff isn’t too worried about keeping the pair an extra year.

Presley’s biggest contribution to Saturday’s game came as a gunner on a Tom Hutton punt. Presley ran to the Baylor goal line and downed Hutton’s boot on the Baylor 2-yard line, leading to the Bears’ safety. Johnson was thrown a pass on a third down in the second quarter. Spencer Sanders’ throw was low, and Johnson couldn’t corral it.

Presley had catches in the Central Michigan game and the Arkansas-Pine Bluff game, totaling three receptions for 12 yards. Johnson had four catches for 55 yards against UAPB. Both were considered four-star prospects by at least one of the major services.

There are a lot of mouths to feed among OSU’s receivers with Braydon Johnson, Brennan Presley, John Paul Richardson, Bryson Green and the looming return of Jaden Bray, but if there is anyone who has earned slack when it comes to redshirts, it’s Kasey Dunn.

Even with a deep receiving corps. in 2017 that included James Washington, Marcell Ateman, Chris Lacy, *takes breath* Dillon Stoner, Tyron Johnson, Jalen McCleskey, Dunn found a way to get a freshman Tylan Wallace involved. That experienced Wallace gained in 2017 seemed to propel him to the 3,316 receiving yards and 26 receiving touchdowns he had over the next three years.

Here is a look at the number of games each scholarship freshman has played in to this point, per okstate.com’s participation tab.