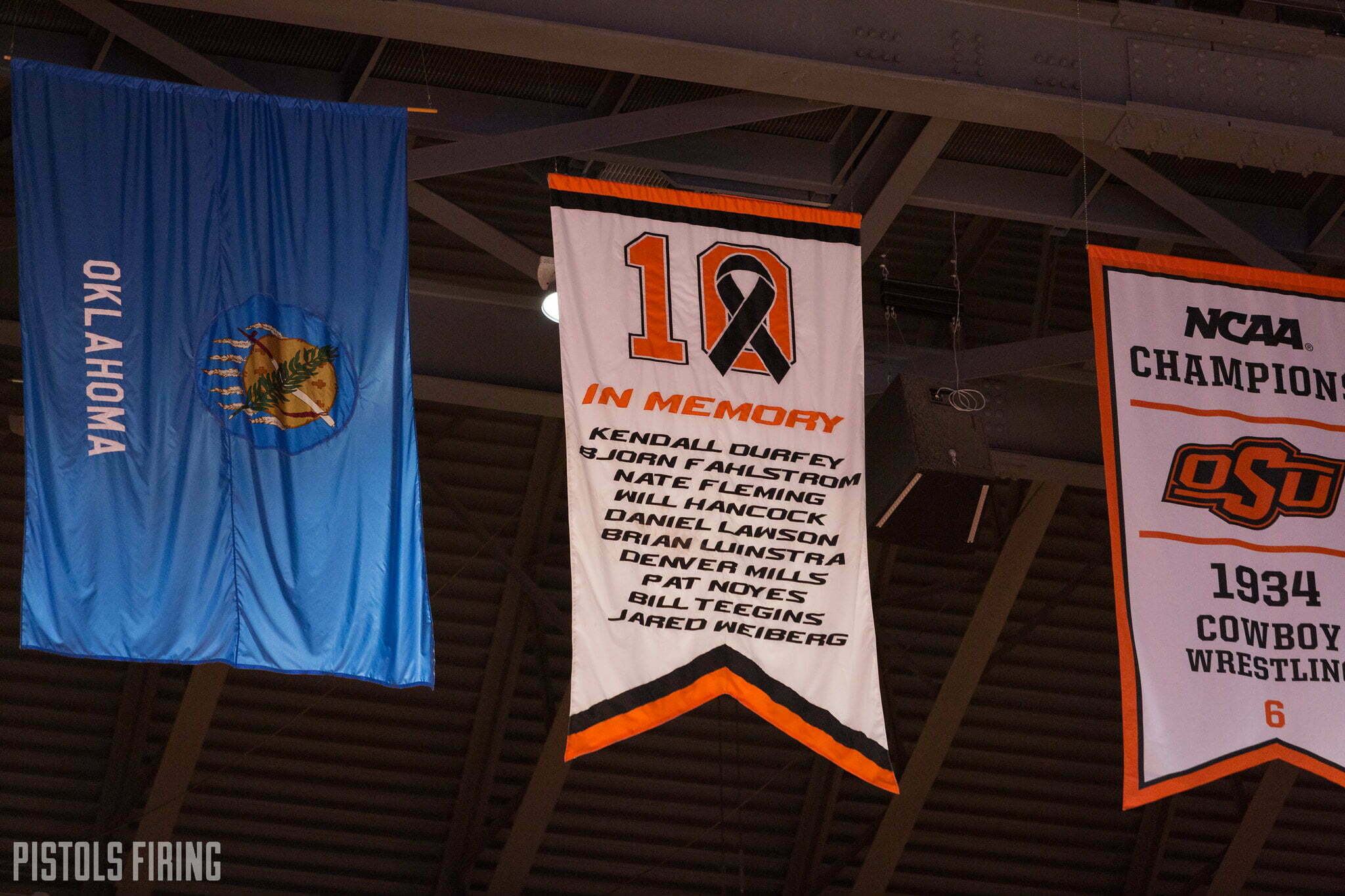 January 27 is always a sobering date, even more so this year in light of Kobe Bryant’s helicopter crash alongside eight others (one less day on the calendar, one fewer person on the chopper … all of it is surreal) on Sunday in California.

I wrote a quite lengthy thing about it on Monday for CBS Sports. On Mamba and Tiger and how their careers seemed intertwined. I don’t really know if what I said was good or if it will resonate with anyone, but in some ways I felt uniquely qualified to write it because of the death I’ve experienced and because of the scale of tragedy the OSU family saw in both 2001 and 2011.

We live in a weird time in human history, although most days it doesn’t feel all that weird. We just wake up, make the coffee, read the stuff, go to work, hang out with friends, play with the kids and do it all over again the very next day. It’s odd though, that the only thing we’re promised is something we never think about. Because of the era we live in and the progress humans have made, it never feels like we’re going to die. It also feels like we’re never going to die. We’re not confronted with death on a daily basis or at a young age like we were 100 years ago or 800 years ago or 2,000 years ago. It’s just not as prevalent.

So when a vehicle carrying other souls (and the myriad stories they tucked away with them) falters and they fall from participating in possibly the most preposterous feat of engineering in all of human history to the dust of the earth, where we all shall return, it is an absolutely staggering thing to witness, even if you never knew those humans.

We all participate in different worlds. Yours might be OSU athletics, hunting ducks, online gaming and trips to the northwest. Somebody else’s might include fantasy football, yoga classes and trying out BBQ restaurants around Texas and Oklahoma. The best part about culture is that no two collection of worlds is exactly the same. So it’s very rare that events happen publicly that affect all of us.

And yet, because we’re all OSU fans and consumers — and because that world is almost synonymously tied to the broader sports world — the Kobe death followed by the Remember the 10 anniversary feels especially weighty this time around.

Jan. 27, 2001 rocked my childhood. Wait dad, 10 people just … died? They fell out of the sky and they no longer exist? I suppose I knew this could happen. I just don’t know that I comprehended that it did happen.

Jan. 26, 2020 rocked my adulthood. I don’t totally know why. I went to bed thinking about it. I woke up thinking about it. I didn’t even particularly love Kobe. Maybe it was because his daughter died with him. I’ve tried to not think about those last 10 or 20 seconds. I’ve failed.

Mrs. Pistols — who does not particularly enjoy (and rarely consumes) sports — said it best yesterday evening after I told her: Kobe just seemed so … invincible. Like he was bigger than a celebrity. It’s so rare that people like that die at that age.

And this is where the two stories intersect. Nineteen humans passed away, separated by 18 years and 364 days. None is more or less important than the other. Our souls, unlike everything else we contain, are uniform and equivalent. But the ones I’ll think about most are Kobe and his daughter and the three college-age kids on the plane that took off and never landed from Colorado in 2001.

The place these two tales intersect is marked by two signposts: The future and the end. Death — especially famous death — makes you consider both in a way that’s hopefully healthy and good.

And what do you consider when you consider those things? It’s easiest to say, We should be grateful for every moment because we’re not promised tomorrow, and yet the only thing that forces us to roll that line over in our heads is death itself. Then it passes and nothing changes. So what are the habits or the trajectories that you’re going to change right now that will allow you to live a life that — as one pastor I spent some time with recently noted — will free you to spend a life building your eulogy rather than your resume?

It’s so rare to have something in our lives as ubiquitous as death and to so rarely consider its presence. Maybe that’s why this last day has felt so jarring and important.

Kobe said four years ago, “You can’t have life without death. You can’t have light without the dark.” Unbelievable in retrospect and straight from the scrolls of Genesis 1, the beginning of time.

However, we can have both at the same time — I think the ways we medicate ourselves with our phones and our food and our substances is evidence of that. The smoke coming off that mountain and off of Kobe’s seemingly limitless flame makes me wonder, Am I living? Am I alive? The answer is an unequivocal yes, but it’s good to ask the question.

Just like you were rocked 19 years ago, I was rocked on Sunday. Maybe it’s having kids. Maybe it’s being in my mid-30s. Maybe it’s a closer relationship with death than I knew previously, but it had (and has) me shook. And a colossal, bigger-than-culture Sunday that will reverberate for a long, long time was a reminder for whatever future we all have left that the only thing worse than an early exit from this planet is the extinguishment of the life we carry while we still exist.

We have a “where were you” thread going. Join us.