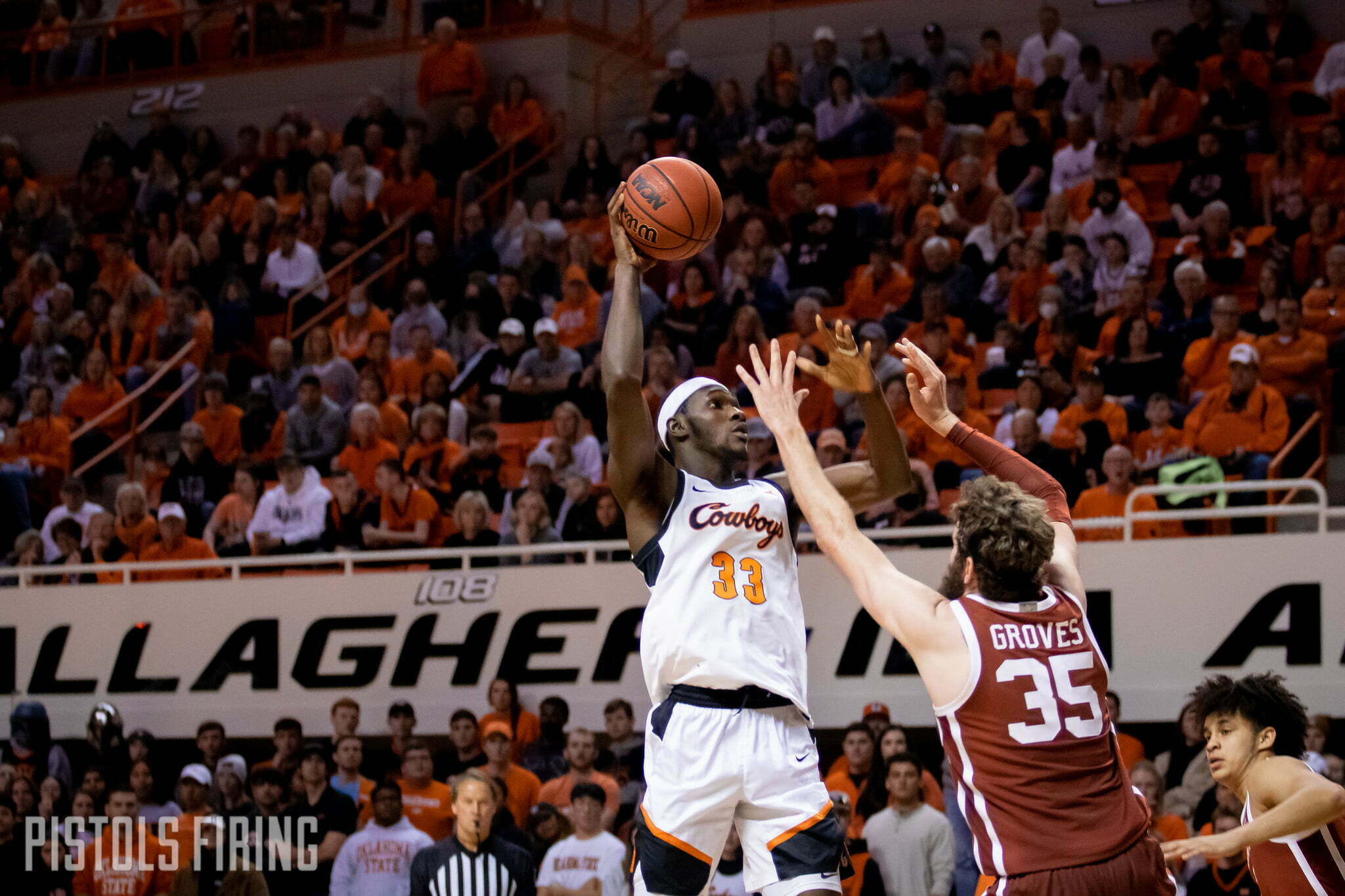 An in-state rivalry on unsure footing may be shored up, at least for the near future.

The Big 12 is set to expand next year with the addition of BYU, Central Florida, Cincinnati and Houston, with outgoing Oklahoma and Texas not scheduled to leave for the SEC until 2025. That means the now 10-team conference will sit at 14 teams for a two-year stretch — if OU and UT remain in the league throughout the current media deal.

Now, according to a report by college basketball insider Jon Rothstein, the league’s intraconference scheduling during that period is a bit more clear.

Rothstein reported on Wednesday that the following conference games will be played twice in each the 2023-24 and 2024-25 seasons:

It’s a smart move by the league which keeps some key rivalries intact for those final two years that OU and UT are still involved. Rothstein also reported that, per a source, the conference schedule will remain at 18 games and that the Big 12 is also committed to maintaining its interconference challenges, the Big East-Big 12 Battle and the Big 12/SEC Challenge, during that stretch.

OSU athletic director Chad Weiberg and OU’s Joe Castiglione each confirmed in September that the Bedlam football rivalry would cease once the Sooners leave for the SEC. There has been no official word on what that means for other iterations of Bedlam, like basketball, but the in-state grudge match seems to be on shaky ground at best.