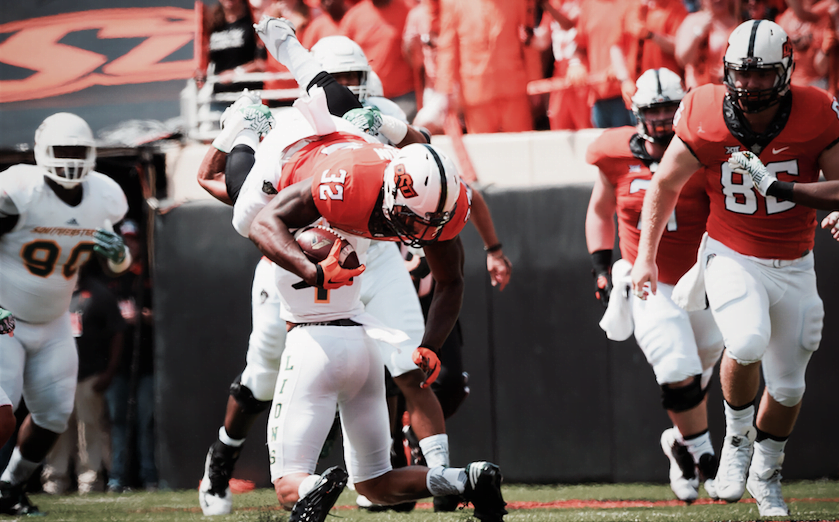 Chris Carson was a scratch from Saturday’s game against Pitt after reports surfaced before the game that he had injured himself against Central Michigan the week before.

According to voice of the Cowboys, Dave Hunziker, Carson suffered a fairly significant injury, but will likely return this year. Here’s what he said about the injury in his weekly podcast earlier this week:

“He (Chris Carson) broke his hand in the Central Michigan game, and they don’t expect him to play for several weeks. So that’s a position where the Cowboys have some options .. Barry J. Sanders is an option, Justice Hill has been seeing the bulk of the work along with Rennie Childs. .. So with Carson out, it’s a chance for Rennie Childs to really stake the claim as the No. 1 tailback.

Childs had his first career 100-yard rushing game on Saturday against Pitt and could take the momentum into this weekend’s matchup against Baylor and their run defense which is allowing 163 yards per game against Rice, SMU, and Northwestern State, which puts them 56th in the nation. It will be interesting to see if the Pokes can exploit what could be a weakness on the Bears defensive line as they travel to Waco on Saturday evening.