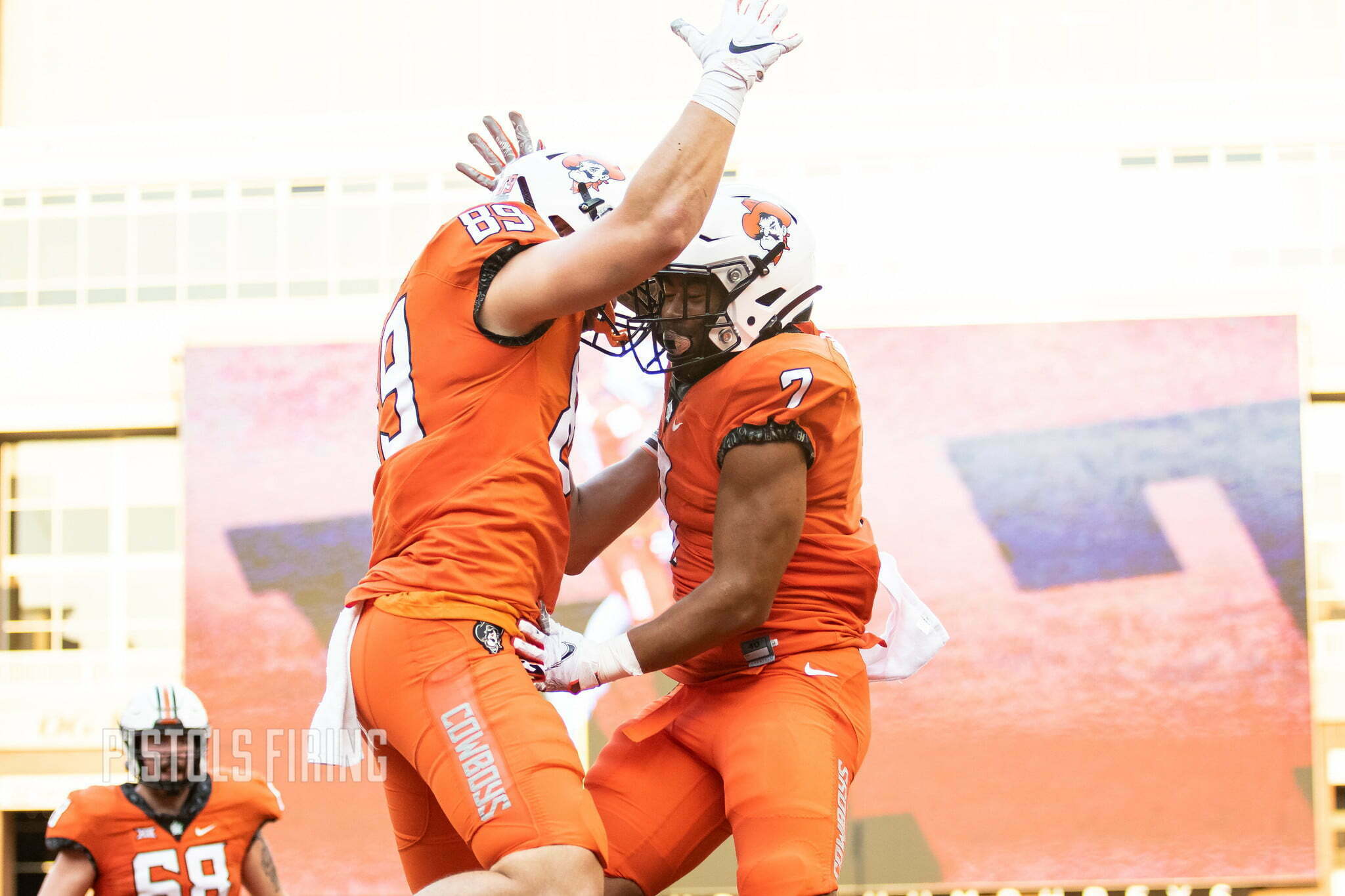 The Cowboys lost some depth at Cowboy back Thursday morning.

Jarrard joined the program as a part of the Cowboys’ 2021 recruiting class. He was a three-star tight end out of American River College in California, choosing OSU over offers from Texas Tech, UCF, East Carolina and others.

Jarrard’s departure leaves the Pokes with four Cowboy backs on their spring roster in Braden Cassity, Quinton Stewart, Tabry Shettron and Luke McEndoo. Although, it should be noted jumbo wide receiver Blaine Green slotted in at the position toward the end of last season, but he is still listed as a receiver.

Of that group, Cassity is the only one with experience, catching five passes for 66 yards last season. A 6-2, 240-pound senior, Cassity transitioned to the offensive side of the ball after initially going to OSU to play defense.

Shettron, a 6-4, 230-pound freshman, joined the program as a three-star recruit this spring. As a senior at Edmond Santa Fe last season, Shettron caught 31 passes for 378 yards and nine scores.