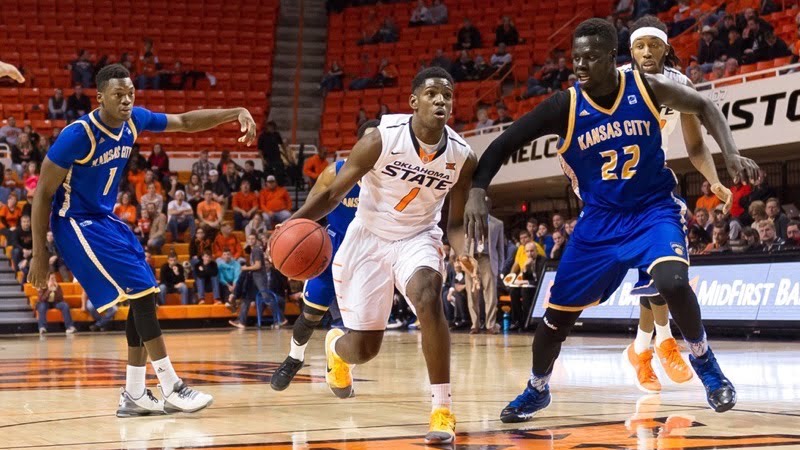 According to a report from CBS Sports’ Jon Rothstein, Jawun Evans is questionable for Oklahoma State’s home game against Arkansas-Pine Bluff on Wednesday night. He is considered as “day-to-day.”

Evans got off the bus in Tulsa on Saturday unsure if he would play but was a game-time scratch. Freshman point guard Brandon Averette shined in Evans’ absence leading the team in minutes and points. He finished with 17 points, three rebounds, three assists and three steals in 37 minutes. The Cowboys held off a second-half comeback to beat Tulsa 71-67.

Brad Underwood was asked about Evans’ possible return after the game on Saturday.

“I’m hopeful for him and Phil. They are arguably our best players. I hope they are back. I hope we can get better and see where that goes from there. I stay out of medical stuff. I told my team that I coach the guys in the uniforms and I can’t do anything about the other guys. That is above my expertise.”

Evans, the Big 12’s leading scorer (23.6 points per game) was named the league’s Player of the Week the week before he injured his shoulder in practice. That was the same practice that senior guard Phil Forte injured his tailbone. Forte played against Tulsa but was obviously less than 100 per cent going 1 of 7 for three points.

If Evans is unable to make a go of it on Wednesday night, the Cowboys will definitely need him on Saturday as they travel to Wichita State for a tough road test against a 9-2 Shocker team that beat OU in Oklahoma City last week.