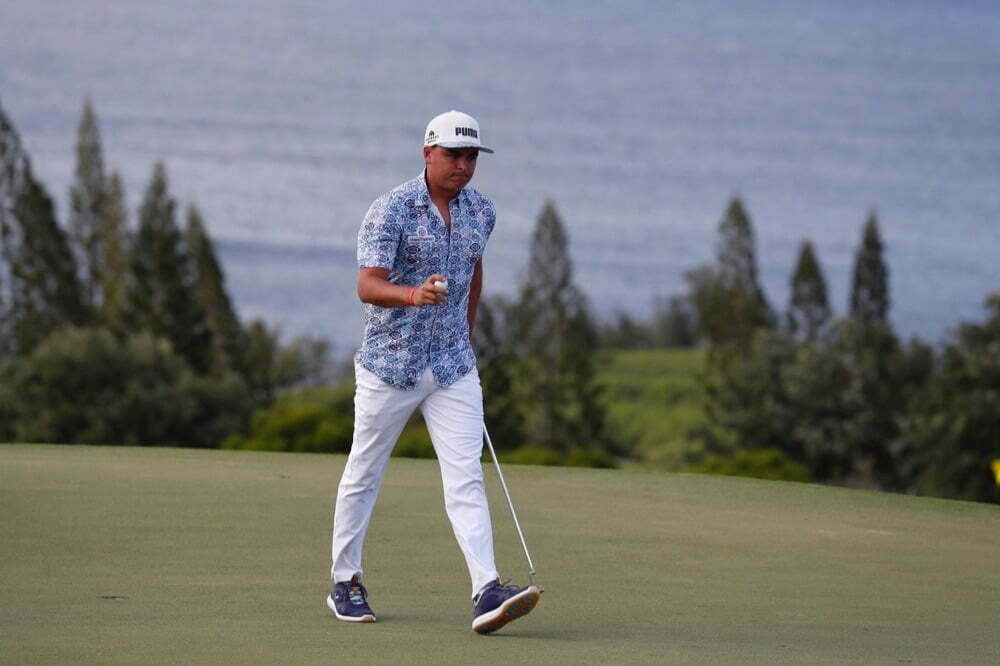 Fowler was fantastic throughout and more less picked up where he left off in 2017 when he won the Hero World Challenge going away in the Bahamas. But the talk surrounding Fowler last week had nothing to do with his game. It had to do with the fact that he dressed like a tourist for Round 1.

“Well, we are in Maui, so I feel like this shirt was somewhat fitting,” said Fowler. “Puma’s obviously always done a great job coming out with some cool, fun stuff, working alongside me on a few things and, yeah, I think the shirt, it fits here.

“I thought it was fun and definitely fitting for Maui. It’s not like you can really bring out this shirt in many other places but on the island. So I thought it was definitely fitting for the start of this week. I’ve always been different. I don’t want to go straight down the middle of the fairway. I like to skirt into the rough a little bit, but at the same time obviously still be respectable.”

"I always like pushing the boundaries a little bit." – @RickieFowler on his laid back look at the @Sentry_TOC pic.twitter.com/3g91TcLKlt

I thought it was a fun look that rankled the people I hoped it would rankle. Literally nobody has ever accused golf or golfers of being too progressive or relaxed so anything that goes against that grain is a thumbs up from me. The commish even loved it!

“I thought it was fantastic,” PGA Tour commissioner Jay Monahan told reporters in Maui. “I think that Rickie came here and, obviously, he’s someone that’s very thoughtful. And he was respecting Hawaiian culture and everything that makes this island and this area so great, and he did it in his own way and brought a lot of attention, not just to Rickie, but to the tournament, to the area.”

Who can galvanize sports commissioners and 7-year-olds at the same time? Apparently somebody who wears untucked Hawaiian shirts and signs golf balls for hours. It doesn’t hurt that the former Oklahoma Stater is playing the best golf of his career.